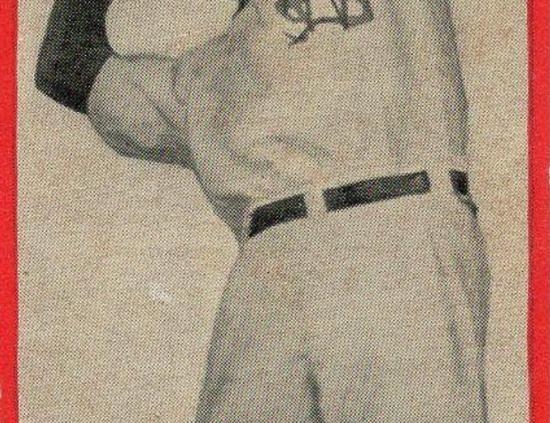 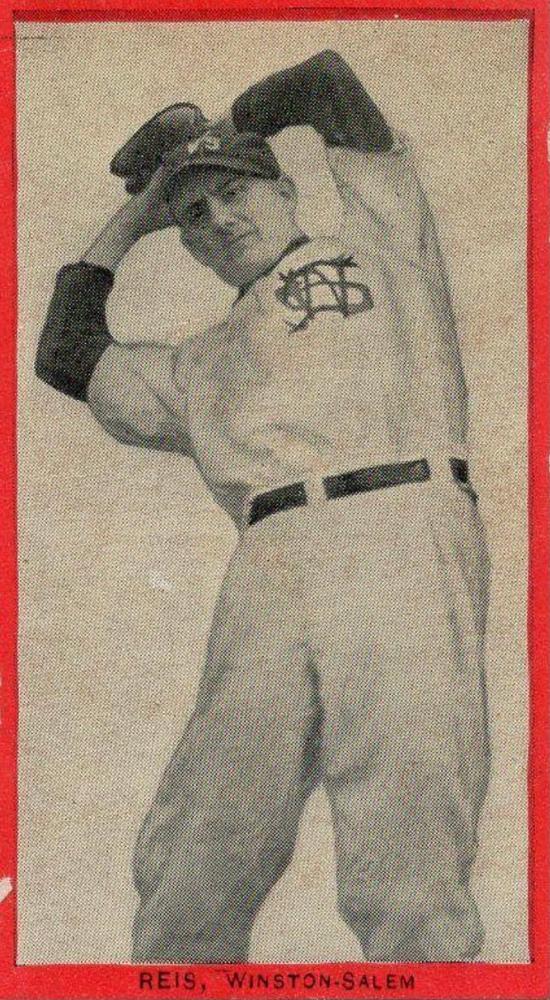 From the Class D Southeastern League to a perfect inning in the National League over a three-game five-day span, 20-year-old Harrie “Jack” Reis was a tiny bright September footnote from a lackluster 1911 St. Louis Cardinals season. It marked the beginning and end of his major league career.

Harrie C. Reis was born on June 14, 1891, in Carthage, Ohio, the only child of John A. Reis, a steamfitter, and Florrie O (Reynolds) Reis. As a young lad around Cincinnati, Harrie watched many Reds games, usually through a large hole in the outside fence. Young Reis, “wearing short trousers, [was] one of [Reds third baseman] Harry Steinfeldt’s greatest admirers. Reis managed to hold the same spot almost every day outside the fence, from which point he gazed through a large hole upon the one and only sensational third sacker.”1 Harrie would one day share a major league spring training with his hero.

In 1907, the 16-year-old right-hander ran away from his Cincinnati home in order to play with an out-of-town semipro team. The next year he stayed home and pitched and batted cleanup or the first-place Steam Pipe Fitters of the Trades Union League. In July, playing alongside his dad and uncle Tony, Harrie allowed only four hits, yet lost a 3-2, 12-inning decision to the Plumbers.2 Nonetheless, the Pipe Fitters won the league, and Harrie, as the starting pitcher, faced off against the league All-Stars in October, losing a close contest, 6-5.3 Also in the fall of 1908, Reis attended the University of Cincinnati,4 just a few years after Miller Huggins. They would be the first two Bearcats to reach the major leagues.

In the spring of 1909, Reis, 5’10” and 160 pounds, attempted to latch on with the Columbia (SC) Gamecocks of the Class C South Atlantic League. He made the team, starting against Chattanooga on May 7,5 but was soon released. Reis next found work with the Charlotte Hornets of the Class D Carolina Association. He had an inauspicious debut for the Hornets, not making it out of the first inning in an eventual 12-0 loss to Greensboro on May 14.6 The assessment in Charlotte was that Reis “has got the benders and the nerve. If he only had the control he would be as good as any of them.”7 Still, he “made a good showing notwithstanding his extreme wildness from beginning to end of the game,” both walking and striking out six, to earn the decision in a 4-3 victory over Winston-Salem on May 25.8 A mere two days later, Reis lost by the same score to the same Twins.9 However, after getting smacked for eight runs on 11 hits in an 8-1 loss to Anderson on May 29, he was released.10

Two weeks later, he latched on with the Winston-Salem Twins. In his first appearance, Reis, “one of Charlotte’s cast-offs, pitched a splendid game, allowing but one hit…putting a scotch to the slump of the Twins” in a 6-1 win against Anderson (NC).”11 In late June he pitched a 2-0 shutout in the first game of a doubleheader against Spartanburg, then returned to pitch seven more innings in an 11-inning, 2-2 tie in the nightcap.12 He finished with an 11-14 record.

Reis started the 1910 season back at Winston-Salem, but was cut in late May.13 He then moved to Wadesboro (NC) in the short-season Piedmont League, winning their season opener with a five-hitter and a home run for the eventual pennant winners.14 In late July he was signed by Greenville Spinners (Carolina Asociation) manager Tommy Stouch.15 The next year he followed Stouch to spring training with Augusta, where he gave up the final five runs and nine hits in a 19-0 trouncing by the Boston Braves on March 21.16 A week later, he was loaned to Charleston for an exhibition against the Philadelphia Phillies, and was rocked for 11 hits in four innings.17 One of seven pitchers in camp,18 Reis was cut by Stouch in late March,19 and joined the Charleston club, but was “wild and ineffective in the pinches” during a 4-2 loss to Savannah on April 6.20

By early June, Reis had departed Charleston and signed with the Rome Hillies of the Class D Southeastern League. Reis was the opening day starter for the Hillies, defeating Gadsden 8-5.21 He and Sam Lanford led the Hillies pitching staff. No season stats were released by the league, but Reis pitched well enough to be named to the All-Star team.22 By early June, it was being reported that he and shortstop Milt Reed were being offered berths with the St. Louis Cardinals.23 In August, Reis and Reed, along with others such as pitcher Jack McAdams, were identified by the St. Louis Post-Dispatch as members of Cardinals manager Roger Bresnahan’s “Crop of 1911 Recruits.”24 On the next-to-last day of the fifth-place Hillies’ season, September 4, Reis bested Huntsville in 11 innings, 2-1.25 He was officially signed by the Cardinals, and headed to the Midwest immediately after the season, meeting his new teammates at the train station in St. Louis upon the Cardinals’ return from a series in Philadelphia.26

Reis made his major league debut five days later, on September 9, with a perfect ninth inning in a 4-1 loss in the first game of a doubleheader against the Pittsburgh Pirates. He coaxed Max Carey to line out, Vin Campbell to ground out, and Tommy Leach to ground out.27 Eight days later, he relieved starter Gene Woodburn in the first inning, and pitched six and one-third innings, allowing two runs, in a 4-2 loss to the Boston Braves. Finally, two weeks later, on October 4, he pitched the final two innings, allowing no hits but a run, in mop-up duty of a 9-1 defeat. Over his three appearances spanning nine and one-third innings, Reis allowed only three runs (one earned) and five hits, albeit it with eight walks.

Reis was invited to the Cardinals spring training for 1912 in Jackson, Mississippi, where he found his boyhood idol Harry Steinfeldt. Neither Reis nor Steinfeldt would make the Cardinals roster, both being released. It was opined that the Cardinals’ returning rookie stable of pitchers, including Reis, Roy Radebaugh, Joe Willis, George Zackert, and Gene Dale, was none too impressive.28 By late March, it was reported that Reis, “a big fellow who formerly worked in the South Atlantic and Three-I leagues, will wear a local uniform this year” for the Spartanburg Red Sox of the Carolina Association.29 Reis did not go to Spartanburg initially, as believed, but to Erie (PA) of the 12-team Class B Central League. After a few starts, he was on his way to Spartanburg, where he lasted less than a month before moving on to Columbia, then then to the Savannah Indians of the South Atlantic League, before returning to Erie to finish the 1912 season.

In the spring of 1913 Reis married Birdie Keck on March 29, then signed with the Indianapolis Hoosiers of the independent minor Federal League. He compiled a terrible 7.98 ERA for Indianapolis, before being shipped in late May within the Federal League to the St. Louis Terriers, and finished with an 11-15 record. He next went north to Regina of the Western Canadian League, where, the Sporting News reported, he “has not burned up the league so far.”30 The year ended with his wife filing for divorce, stating that Harrie had “left her in September after a joint bank account had been withdrawn.”31

By 1915 Reis was being referred to in the papers as “Jack.” Possibly this was to not be confused with a minor league infielder named Harry Reis who played during this time. Jack landed with Connersville (IN) in the new semipro Indiana State League, with manager Jack Remington building “his team around his star pitcher, Jack Reiss [sic], formerly of the St. Louis Feds.”32 When the league folded on July 18, he joined an independent team in Rushville (IN).

Reis went to work as a pipefitter in Cincinnati, pitched for a local semipro team, and on June 10, 1916 married Florrie “Fannie” Fanker. In 1917 his draft registration showed him claiming an exemption because his wife “was in a delicate condition.” He also had a broken leg at the time. The couple welcomed daughter Edythe Margaret Reis on January 15, 1918, in Cincinnati. ((Edythe would marry twice, before being convicted in 1958 of murder for shooting and killing the wife of her paramour. She was sentenced to death, but the governor commuted the sentence to second-degree murder and life in prison,33 then further commuted it to being parole-eligible. She was released in 1971 after serving 12½ years at the Marysville (OH) Reformatory for Women.)34

Harrie Reis remained a pipe and steam fitter for years for multiple companies around Cincinnati. He died on July 20, 1939, at the age of 48, from pulmonary tuberculosis, and is buried at the Vine Street Hill Cemetery in Cincinnati.