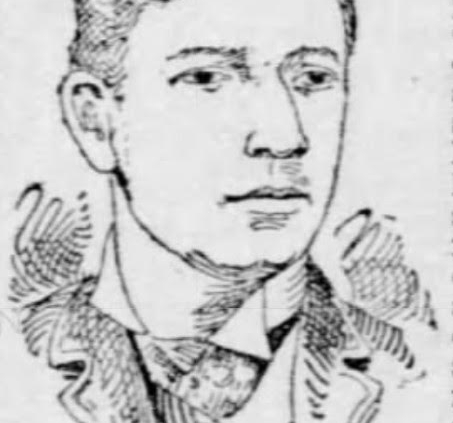 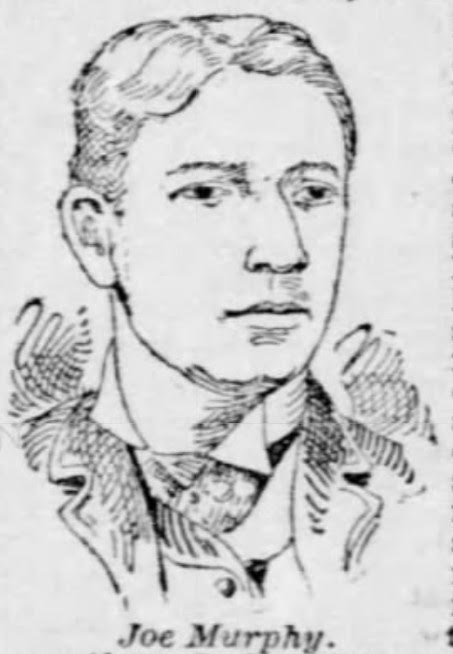 Joe Murphy was a major league pitcher at 19, a world-class sprinter at 21, and charged as an accessory to murder at 23. He then reinvented himself as a nationally respected figure in horse racing for more than 40 years.

Joseph Aiken Murphy was born in St. Louis on September 7, 1866, the second of five sons of Ann Arnot Murphy and Michael J. Murphy, a prominent businessman who held numerous civic posts for the city of St. Louis, including terms as the street commissioner, president of the Board of Education, and the harbor and wharf commissioner.1 Joe graduated from St. Louis University as valedictorian in 1884,2 then embarked on a career as an amateur sprinter, running 100- and 220- yard dashes. He once defeated US National Champion Malcolm Ford in a 100 yard race, with a time of 10 seconds on three watches (Murphy had a 3 ½ yard handicap).3 He also pitched for a top St. Louis amateur club called the Prickly Ash and was a founding member of the Missouri Amateur Athletic Club (MAAC) in the spring of 1885.4 According to his obituary in the St. Louis Post-Dispatch, during this period he also beat Billy Sunday in a race. Sunday was considered the fastest man in baseball at the time.5

In April 1886, the Cincinnati Red Stockings came to town for a series against the St. Louis Browns. They had with them their star pitcher, Tony Mullane, but there was a court injunction preventing Mullane from playing baseball in St. Louis dating back to the Union Association in 1884. Mullane had signed to play with the St. Louis Maroons (then in the Union Association), and jumped to Toledo in the American Association after they offered him more money. Cincinnati was negotiating with Henry Lucas, owner of the Maroons (now in the National League), to have the injunction lifted, but no arrangement could be made in time for the series. The Red Stockings found themselves in need of a pitcher for the final game of the series, and they turned to Joe Murphy for the start on April 28, 1886. He pitched well, holding the Browns to only three runs through nine innings before allowing four runs in the tenth to lose the game.6 The Reds were so impressed that they attempted to sign Murphy to a contract. He declined, wishing to preserve his amateur status. Despite not having a contract of any sort for 1886, however, Murphy managed to pitch in five games for the Red Stockings, one game for the Browns, and four games for the Maroons. He went 3-7 with a 6.07 ERA for the three teams combined.

Prior to the start of the season in 1887, multiple teams (reported to be seventeen7) sought to sign him, but he continued to decline all offers. He pitched in one game in 1887, on August 19, for the St. Louis Browns as a fill-in when the Browns were short-handed due to injuries and absences. He also continued to race (including a record-tying time of 10 seconds for the 100-yard dash at an MAAC meet in July8) and to pitch for the Prickly Ash. In July 1887, he became the Sports Editor for the St. Louis Globe Democrat.9

Going into the 1888 season, some reports indicated Murphy would be pitching for the Browns that season. He appeared in one spring training game under the name Ashland on March 29 for the Browns against the St. Louis Whites, a minor league club in the newly formed Western Association.10 He also pitched against the Whites in a spring training game for the Prickly Ash, for whom he continued to pitch during the summer of 1888. However, he would only agree to pitch for the Browns without signing a formal contract so as to preserve his amateur status, and Browns owner Chris Von der Ahe balked at this plan, so he remained unsigned.

On May 27, 1888, the St. Louis Whites played a doubleheader against Omaha in St. Louis, with one of the two games having been moved up from May 28 so both teams could travel one day earlier. Fred Nyce and Harry Staley, the only two pitchers on the Whites roster for most of the month, had been alternating starts, and Nyce had pitched the day before. The Whites started a pitcher named ‘Hughes’ in Game 1 of the doubleheader, with Staley starting the second game. According to the local papers, Hughes was “a well-known local pitcher.” The Omaha Daily Bee identified Hughes as Murphy, the sporting editor for the Globe-Democrat.11

Just under a month later, the Whites limped home from their final, disastrous road trip (a 3-14 record, including losing the final eight games across three cities) with only Nyce on the roster as a pitcher, Staley having been sold the day before. Nyce hadn’t pitched in a few days, but he had pitched four of the previous eight games and played in seven of them. In the club’s first game back in St. Louis, on June 20, “Farquhar” started for the Whites. The Minneapolis Star Tribune and the Chicago Tribune both identified Farquhar as Joe Murphy.12 The Whites lost, 8-7, with only two of the eight runs allowed by Murphy being earned. (Jake Kenyon dropped three fly balls in the second, resulting in 4 runs.) The Whites left the bases loaded in the ninth with the last two batters striking out on six called strikes, five of which were reportedly outside the strike zone.13 The two starts for the Whites were the last professional games for Joe Murphy. He started a charity game on June 24 for the Missouri Amateur Athletic Club against the remains of the St. Louis Whites, the day after the club was formally disbanded, which the MAAC team lost, 7-5.14

Given that Murphy had played major league games in each of the two previous seasons under his own name, why was he listed under false names for those three games (including the spring game for the Browns) in 1888? The answer most likely was his desire to remain an amateur. In early 1887, there was an article in the Post-Dispatch questioning his amateur status because he was playing professional baseball.15 (This was part of a larger discussion over what constituted an amateur athlete.) He had pitched in ten professional games in 1886, but only one the following season. It is possible that by 1888 he was being cautious about publicizing that he was pitching in professional games, even if he wasn’t formally signed and they were minor league games. (It is also possible that due to his job as Sporting Editor for the Globe-Democrat, it was thought inappropriate to advertise that he was pitching in games he was reporting on.)

In the spring of 1889, he played in several spring training games for the MAAC against the Browns. On April 14 he was hurt during an MAAC game in Evansville, Indiana.16 The Globe- Democrat reported a couple of months later that the injury was forcing him to retire from all athletics.17 However, in September 1889, he competed in the 100-yard dash in an event in St. Louis, finishing second in his heat at 11 seconds.18 It does not appear that he ever raced again, possibly because of the injury, but more likely because of other events in his life that happened at that time.

On September 16, 1889, a notice of his impending marriage to society belle Elizabeth ‘Lizzie’ Van Phul was published in the St. Louis Post-Dispatch.19 Lizzie was described by the Post-Dispatch as “the very charming, accomplished daughter of one of the old French families of the Southern aristocracy.”20 Her grandfather, Henry Von Phul, was born in Philadelphia in 1784 and came to St. Louis in 1811 by way of Kentucky. He established a trading post, married Rosalie Saugrain in 1816, and they had fifteen children, one of whom was Frederick, Lizzie’s father. A sister of Henry, Anna von Phul, came to St. Louis in 1817 for a visit, and moved to St. Louis for good in 1820. Anna’s watercolors and sketch books of scenes of St. Louis and its surroundings from 1817 to 1821 now are the property of the Missouri Historical Society. (Anna died in 1823.) When Henry settled in St. Louis and established his business, the town had under 2,000 residents. As the city grew, he built his business and became a leading member of the community. By the 1870 census St. Louis had over 310,000 residents and was the fourth largest city in America. Henry Phul, who died in 1874, was considered a driving force in that growth.21 In short, while the Murphy family already was well placed in society in St. Louis, Joe Murphy was marrying up.

The night the wedding announcement appeared, Murphy was asked to referee a boxing match at the Daly Bros Saloon, something he had done before. The front-page headline the next night read: “Murder at Daly’s. The Tragic Ending of a Brutal Prize Fight This Morning.” Murphy was the referee for the match in which 18-year-old Thomas Jackson was beaten to death by Ed Ahearn. (Technically, Jackson died late the next morning as a result of brain trauma from the match.) Ahearn was ultimately charged with manslaughter in the second degree, while Murphy and several others involved in organizing and running the fight were charged as accessories. A series of articles in the local papers over the following week or so discussed the fight, the preliminary inquiry, and the case law in detail.22 After a hearing in December 1889, Murphy and the other participants were indicted in February 1890.23 Both the Post-Dispatch and the Globe-Democrat later reported a trial date of January 22, 1891,24 but nothing was published about the outcome of a trial at that time. An article discussing another charge against Ahearn in 189825 indicates he was acquitted at trial in the Jackson case, so one assumes Murphy and the others were acquitted as well.

Despite his legal problems, Joe Murphy and Elizabeth Von Phul were married on November 27, 1889, a union that would last for more than 60 years. They had two daughters — Lucile in 1890 and Dorothy in 1894.

Joe was replaced as Sports Editor of the Globe-Democrat in February 1890.26 The Murphys then moved to Chicago, where Joe became a sports reporter and later Sports Editor for the Chicago Tribune. (Interestingly, the blurb in the Post-Dispatch reporting his departure to Chicago appeared on November 19, 1890, before the trial date had even been set for January 1891.) While in Chicago, he became secretary of the Harlem Race Track near Chicago.27 After he returned to St. Louis in the mid-1890s, he was elected to the same position for the St. Louis Fair Association in 1897. He was active as a judge for racetracks around the country for the next 40 years, becoming one of the most respected judges in the country.

The Murphys retired to Florida in 1937. Lizzie died on February 18, 1951. Joe died a month later, on March 28. He was the last surviving member of the St. Louis Whites. They are buried together in Calvary Cemetery and Mausoleum in St. Louis, Missouri, along with one of their daughters and her husband.

This biography was reviewed by Bill Lamb and Norman Macht and fact-checked by Alan Cohen.

General references consulted for this biography include The Beer and Whiskey League, by David Nemec (New York: Lyons & Buford, 1994); the Joe Murphy profile in Major League Baseball Profiles, 1871-1900, Vol 1, David Nemec ed. (Lincoln: University of Nebraska Press, 2011); and game reports from the St. Louis Post-Dispatch, the St. Louis Globe-Democrat, and the St. Louis Republic from 1886, 1887 and 1888, as accessed through Newspapers.com and Genealogy.com. US Census data was accessed through Genealogy.com, and other family information was found at Findagrave.com. Stats and records were collected from Baseball-Reference.

22 The local St. Louis papers searched (the Post-Dispatch, the Globe-Democrat, and the Republic) all covered the initial inquiry and subsequent arrests in detail over the week or so after the initial incident, from September 17 to about September 23, 1889.

27 “Turf Notes,” Chicago Inter Ocean, May 16, 1894: 5. The track was subsequently referred to as the Harlem Track, while Murphy was also described as the secretary of the Chicago Fairgrounds Association. The track was located in the area now known as Forest Park.