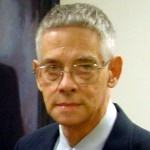 When life is over, there are so many places not visited, so many books never read, so much left undone. With John Pardon it was so many people he never had the chance to meet.

Born on January 30, 1938, on Long Island, John F. Pardon was the only child of Francis C. Pardon Jr. and Dorothy (Parmele) Pardon. When he was five years old, his parents moved to Ossining, New York, not too far from Sing Sing, a maximum security state prison.

A Dodger fan as a child, John enjoyed going to games at Ebbets Field, where on July 31, 1954, he saw Joe Adcock hit four home runs and a double against the Dodgers. However, his favorite on the Dodgers was not a player but announcer Vin Scully. When the Dodgers moved to Los Angeles, he switched his allegiance to the Yankees, who had former Dodgers announcer Red Barber.

At Croton Harmon High School he was the official scorer for the baseball team. After high school graduation he spent the next two years at Canton ATI (Agricultural and Technical Institute) majoring in food service. He roomed with three other students in a funeral home and sometimes helped the owners by performing errands. Over the years he often returned to pay the owners a visit until they both passed away.

After graduating from Canton ATI, he spent the next four years at Rider University, where he majored in journalism. After graduating from Rider, Pardon served a stint in the army. When his army service was completed, he wrote to all the major league teams seeking employment. He received a response from the New York Yankees and was given an interview by Public Relations Director Bob Fishel. Although the Yankees didn’t have any openings at the time, he was always impressed that Fishel took the time to interview him.

Pardon then applied at the now defunct Ossining Citizen-Register, where he was hired and served as sports editor for three years.

In 1966 he took a vacation trip visiting minor league parks in Virginia and North Carolina. He fell in love with North Carolina and decided to move there.

Moving to Asheville, he authored a sports column called “Pardon Me” for the Citizen Times. Once, a critical article was written about a player. The angry player confronted John, who later said he could see his life flashing before him. Luckily for John, he hadn’t written the article.

John loved talking about old minor league parks he had visited. Sulphur Dell, in Nashville, Tennessee, was his favorite because the park outfield had a steep incline and the fences were close, making for all kinds of possibilities. When he was in a town, he would check to see if there was a minor league team nearby. One hundred miles was close enough.

When Macmillan was putting together the first large Baseball Encyclopedia, he was contacted and asked if he would be interested in being part of the project. Much research would be required. The offer was good, but he turned it down because he was not sure what would happen to him once the encyclopedia was completed. Accordingly, he decided to stay with the Citizen Times.

By then John had become well known as a baseball researcher and was one of the people Bob Davids contacted when he decided to form the Society for American Baseball Research (SABR). Sixteen people met in Cooperstown and formed SABR. Pardon was named vice-president. Over the years he also served as secretary and was on the board of directors. He always enjoyed being involved.

To say John was involved is to understate. In addition to serving SABR as an officer and director, he was chair of the Minor League Committee and worked on the Ballparks, Biographical Research, Business of Baseball, Latin American, and Nineteenth Century committees. Beyond committee work John attended over 30 national conventions and 50 regional meetings, largely in the New York City area and Cooperstown, but also Toronto, Albany, Philadelphia, Washington, DC, Baltimore, Cincinnati, Chicago, Reading, Rhode Island, Massachusetts, New Jersey, Virginia, Delaware, and North Carolina. If he was in Cooperstown during Induction Weekend at the Hall of Fame, he’d operate a recruiting booth for SABR. In 1998 he received SABR’s highest honor, the Bob Davids Award.

Yet John was characteristically modest about his role in the founding of SABR, noting, “The Joy of my life was that I was lucky enough to be at the right place at the right time . . . Sixteen baseball research enthusiasts met in Cooperstown, N. Y., in 1971, and little did we know what we began.”

In November 1978, Along with Ed Leonard and Tom Zocco, John put together the first SABR regional convention in New England. The setting was Greenfield, Massachusetts, and he made the long drive several times to help prepare for the session. The Eastern League had a team in Holyoke, Massachusetts (Holyoke Millers), and the three members would meet at the ballpark, take in the game, and make plans for the regional. After the game, there was always a visit to the team office. The Holyoke owner was Tom Keyser, who is now president of the Texas League. Keyser was very cordial. After the game, John would make the three-hour trip back home.

The regional included guest speakers Charlie Eschback, Eastern League president, former Cubs shortstop Lenny Merullo, and Henry Berry, author of several books on the Red Sox. Several SABR members made the long trip: Bob Davids (Washington, DC), Frank Phelps (King of Prussia, Pennsylvania), and Cliff Kachline (Cooperstown). The regional was a rousing success. After everything was over, Charlie Eschback remarked that the convention was much better than he expected. He was amazed by the knowledge of SABR members.

Wherever the national SABR convention was held, John always managed to locate a friend from college, church, or a club he had once belonged to, even though he hadn’t seen some of these people in over thirty years. He would arrive early and plan a visit with them. He would visit any museums in the area. Some museums were small and had very few visitors. John would spend hours talking to the people in these small museums. He would always keep a count of how many of the original sixteen founders of SABR were at each convention.

John loved boats, so after a convention was over, he sought out boat tours in such cities as San Diego, Cleveland, and Louisville. A boat ride was a must.

Although John enjoyed working for the Citizen Times, working nights interfered with his social life, so he decided to move back to New York, where he was hired by the Veterans Administration and worked in the claims department until retiring after twenty years of service in 1993.

He joined the Reformed Church and became very active as a speaker. Taking members of the church, many of whom had never seen a ballgame, he would often travel several hours to a minor league game. He would call friends to get together to see a minor league game. It was always a long drive for him although most of the friends lived close by. After the game was over, John would talk to his friends in the parking lot. The lot would finally be empty, and everyone would head home. It was always a long drive for John, who would arrive home in the early hours of the morning.

Keeping physically active, he joined a square-dance club and made many friends there. He became very involved in the activities and looked forward to square dancing. An avid reader, for many years John did not like or own a television set. It was fatal when he finally bought one, as he became addicted to late night talk shows and would stay up watching them.

Another interest was minor league attendance. It always bothered him that minor league yearbooks, press guides, and the like didn’t contain information about attendance. One rainy day at a Waterbury Reds (Eastern League) game, John was part of a small crowd. He went around and counted everyone in the stands–thirty-six people. After the game was over, he went into the office and asked what the attendance was. He was told one hundred twelve. They went by the amount of tickets sold. Fortunately, it was wristband promotion day. He wondered what the attendance would have been without the promotion.

It’s a cliché, but John was one of those rare individuals who never met a stranger and made friends wherever he went. He enjoyed speaking with other SABR members and usually ran up a large monthly phone bill. It didn’t bother him. Every month when he received his phone bill he would just pay it. If his friend wasn’t home, he’d leave a message on the answering machine saying to call him back; the time didn’t matter.

He loved having his picture taken with other SABR members. Often he would stop a stranger walking down the street and ask him/her if he/she could take a photo of everyone together. He was never refused.

In 1982 at the SABR convention in Baltimore, Sparky Anderson saw John and recognized him immediately from his minor league managing days. They began chatting like long lost friends. They exchanged Christmas cards every year after that. In 1993 the convention was held in San Diego. A player called the hotel early one morning when he heard John Pardon was in town. The player was Kurt Bevacqua. Kurt knew John from his minor league days and wanted to take him to breakfast. In 1995 at a SABR regional in Philadelphia, held during the baseball strike, a replacement umpire and John recognized each other. As usual, John talked to him like an old friend.

Every summer a group of SABR members would meet in Cooperstown for a weekend of research at the Hall of Fame Library. On the final night everyone would gather at the home of Evelyn and Cliff Kachline for a cookout. The next day, everyone would start the long drive home. Everyone except John, that is. He would head in the opposite direction to take in a game at Binghamton or Jamestown.

When SABR members passed away, John would keep in touch with their wives to see how they were doing. He was always concerned about their well-being.

John was always sad to think about all the baseball knowledge SABR members were taking with them when they died. He thought it would be sad to have all their research thrown away and fought for SABR to establish some sort of archive system. He rescued a large minor league database from the wife of a deceased member. She had had no idea what she was going to do with it and probably would have thrown it in the trash. The Hall of Fame was more than happy to accept the boxes of minor league player information.

John’s other favorite sport was hockey. He loved watching a hockey game no matter what level. As he would at a baseball game, he would start chatting away with whoever was sitting next to him even if he had never met them before. If he couldn’t find anyone in the mood for a hockey game, he’d go alone.

His love of baseball and hockey aside, John took care of the inner man. He loved good food and was an incredibly slow eater, savoring every bite.

John took everything in stride when he found out he had prostate and colon cancer. Having had part of his colon removed, he referred to himself as John Semi-Colon. John knew the end was near when his doctor told him to eat whatever he wanted. He wrote his own obituary and said he was having fun doing it. He passed away on October 19, 2008.

Ironically, about when John died, Facebook emerged in full force. Good and gentle man that he was, he would have loved joining the discussions and being Facebook friends with everyone.