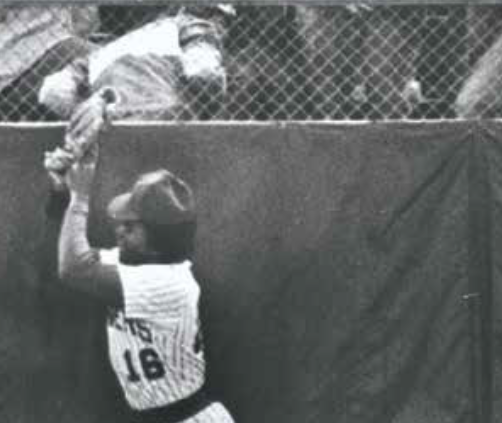 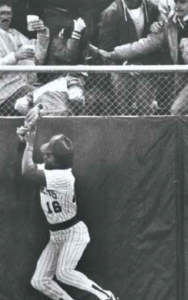 Marshall Lynn Edwards, a fleet outfielder and one of three brothers who played in the major leagues, was with the Milwaukee Brewers in parts of three seasons, 1981, 1982, and 1983. He was on the postseason roster in 1981 and 1982.

Edwards was born on August 27, 1952, in Fort Lewis, Washington. He had two brothers who also played in the major leagues. His twin brother, Michael, played second base for the Pittsburgh Pirates and the Oakland A’s, and a younger brother, Dave, was an outfielder for the San Diego Padres and the Minnesota Twins.

The family moved to Los Angeles, and Edwards graduated from Jefferson High School in 1970. Besides playing baseball in high school, he ran track. He played American Legion baseball, and his Joe DiMaggio sandlot team won a national title in 1971.

After high school, Edwards attended Los Angeles Community College and then UCLA, graduating in 1974. In his senior year Edwards stole 19 bases for the Bruins, tying the school record. (It had since been broken.)

Marshall hoped he’d be selected in the amateur draft. Both of his brothers had been drafted. Mike was selected four times, and Dave, once. But Marshall was not drafted. Reflecting on that later in his career, he said, “It hurt inside, but it just gave me more motivation. Not being drafted made me work harder. When I finally got into pro ball, with all the good coaching, I was able to develop as a player.”1

Edwards was signed as a free agent by the Baltimore Orioles on June 24, 1974, by scout Ray Poitevint. In 74 games with the Ogden Spikers of the Rookie-level Pioneer League, he batted.291 and stole 33 bases.

Edwards spent the next two seasons with the Miami Orioles of the Class A Florida State League. He had decent seasons there, batting .279 with 38 stolen bases in 1975 and .296 with a league-leading 57 steals in 1976.

He began the 1977 season with Miami, where after 94 games he was batting a league-leading .334 with 31 stolen bases. He was promoted to Charlotte of the Double-A Southern League, where he struggled in the higher competition, batting .171 in 36 games with eight steals.

During the winter league meetings on December 6, 1977, the Brewers selected Edwards in the Rule 5 draft from Baltimore.

The Brewers assigned Edwards to the Holyoke (Massachusetts) Millers of the Double-A Eastern League for 1978. He got off to a hot start and had a 14-game hitting streak, during which he batted .346. He tied for the league lead with 11 triples and batted .285 with 31 stolen bases.

Edwards was involved in a controversial play on August 8 against the Jersey City A’s. With Jersey City pitcher Rick Lysander tossing a no-hitter, Edwards bunted down the third-base line and reached base when LeRoy Robbins’s low throw pulled to first baseman Kelvin Moore off the base. The official scorer ruled the play a hit, not an error. It was the only hit of the game off Lysander. ???? Citation?

The Brewers assigned Edwards to Vancouver of the Triple-A Pacific Coast League for 1979. In 111 games he batted .273 and led the team with 19 stolen bases. With his two brothers already in the majors, Edwards thought he had a decent shot to make the big leagues. His belief was, “If the heart’s there, the body has to follow.”2

In 1980 Edwards batted .291 for Vancouver, led the PCL league with 17 triples, stole 68 bases. After he stole his 50th base on July 25, Vancouver manager Bob Didier said. “His best assets are his legs. For Marshall to get to the big leagues, he has to steal bases. He’s been a big plus for us with his running and it’s amazing the runs he has driven in. If he stole 70 bases and had 70 RBIs, it would be a big feather in his cap.”3

The Brewers invited Edwards to major-league spring training in 1981.He played well, and with the Brewers needing speed and defense, he made the Opening Day roster. Brewers manager Buck Rodgers was happy to have Edwards on the team. “Marshall gives us speed as well as defensive ability in the outfield,” the manager said. “One thing we won’t have to do much is pinch-hit. That’s why pinch-running is as important as pinch-hitting to us. His biggest asset is his speed. Plus, he can play all three outfield positions.”4

Edwards was elated to make it to the big leagues, calling it “a dream come true.” He added, “From Little League through college, to when you go into the minor leagues, you want to be a major-league player. This is the highest any player can go. So now it’s time to show what you can do. However the Brewers decide to use me, I have to keep myself ready. So I try to do a lot of little extra things off the field to keep ready. Doing extra exercises and doing a little more thinking to keep myself mentally sharp.”5

Edwards made his major-league debut on April 11, 1981. In the top of the ninth inning, with the Brewers leading the Indians 5-3, Edwards ran for Gorman Thomas, who had walked. In the bottom of the inning he replaced Thomas in right field. On April 22, he got his first major-league hit, a ninth-inning pinch-hit single off Toronto pitcher Jerry Garvin.

Outfielder Paul Molitor suffered an ankle injury on May 3 and needed surgery, so Edwards continued as an outfield backup. On June 12 the players struck and the season didn’t resume until August 9. By that time Molitor was activated and Edwards was sent back to Vancouver. He was called back up on September 1 and made the playoff roster against the Yankees, replacing Mark Brouhard, who had a pulled calf muscle. He ran for Charlie Moore in Game Three and stayed in the game and struck out against Rudy May. He ran for Roy Howell in the eighth inning in Game Five.

After posting a .485 batting average in 1982 spring training, Edwards thought he was a lock to make the major-league roster. When manager Buck Rodgers told Edwards he was starting the  season in Vancouver, it was difficult to accept. Edwards recalled, “It was a jolt. I tried to accept it. I think that was the turning point of my career. I knew I had to forget it and play as hard as I could. Feeling down like I did, and being able to go out and play, by the grace of God, I did it.”6

After Larry Hisle was placed on the 15-day disabled list on May 7 with a tear in his right rotator cuff, Edwards, who was hitting .380 at Vancouver, was called up. He hit his first major-league home run on May 12, in the fifth inning off Royals pitcher Dennis Leonard. In early June Edwards was briefly hospitalized with a bleeding ulcer.

After leaving the hospital, Edwards platooned with Charlie Moore in right field and saw playing time. His speed and baserunning were assets for the Brewers, and he was confident he would improve his hitting. “I believe I can be a good hitter if I work at it, hitting to the opposite field,” Edwards told a reporter. “The guys have helped me a lot. Cecil Cooper, Ben Oglivie, and Roy Howell have helped me a lot. Ed Romero, Don Money, and Ted Simmons. These are the guys I go to if I need help.”7

In 178 at-bats for the Brewers in 1982, Edwards posted a .247 batting average and stole 10 bases. The Brewers won the AL East with a 95-67 record and faced the California Angels for the American League pennant. Edwards ran for Don Money in the seventh inning of Game Three, scoring on Paul Molitor’s home run, and it seemed like déjà vu when he ran for Money in the eighth inning of Game Four, this time scoring on a home run by Mark Brouhard. There were bigger things ahead in the fifth and deciding game, played at Milwaukee County Stadium on Sunday, October 10, 1982.

In the top of the seventh inning, with the Brewers leading 4-3, Edwards replaced Gorman Thomas in center field for defensive purposes. With one out in the eighth inning, Don Baylor hit a ball to deep center field. It looked as though the game would be tied, but Edwards had other thoughts.

“I knew Don Baylor,” he said years later. “I was playing a little deeper than normal. He was trying to make his name, too, trying to produce in that situation. When the ball came off the bat, I knew he had hit it well. It was like everything was in slow motion, like you always hear in moments like that. I said, ‘This is a nice dream.’ I saw it in the last five feet. There it was. I saw it plain as day. I remember losing my balance after the catch and going down. I tossed the ball to Benjie (Oglivie) and he threw it back in. That was my moment.”8 It is also an indelible moment for Brewers fans everywhere as the catch helped make a Brewers World Series appearance a reality.

The Brewers lost the Series to the St. Louis Cardinals in seven games. Edwards’ only appearance in the Series was in the eighth inning of Game Six, when he ran for Gorman Thomas.

There would be no trip to Vancouver in 1983 as Edwards spent the entire season with the Brewers. He batted .297 in 74 at-bats and stole five bases.

After the season Edwards was removed from the Brewers’ major-league roster, but he was invited to their 1984 spring training camp. He was the final cut and was sent to Vancouver. In a book published in 2019 Edwards reflected about that moment and his last season playing in the minor leagues:

“I was kind of shocked when they sent me down. They said my time was up. They decided to go another way. I had a split contract (meaning lower pay for the minors), so they sent me down. After that, all of the air went out of me. That whole year, I was looking at the transition in my life. I figured my major-league time was up. I decided to retire. Cincinnati wanted me and so did a couple of teams in Japan, but I decided that was enough. I was grateful for what God gave me. I had 10 years in professional baseball.”9

Edwards returned home to Southern California and worked in home construction and real estate. His wife, Alice, was from Anniston, Alabama; she and Edwards pulled up stakes and he relocated his business ventures there.

As of 2019 Edwards was a minister at the World Changes International Church in College Park, Georgia, near Atlanta. He and his wife have three children: a daughter Adrienne, who is a math teacher, and sons Casey and Justin, who, as of 2019, attended Jacksonville State University in Jacksonville, Alabama.