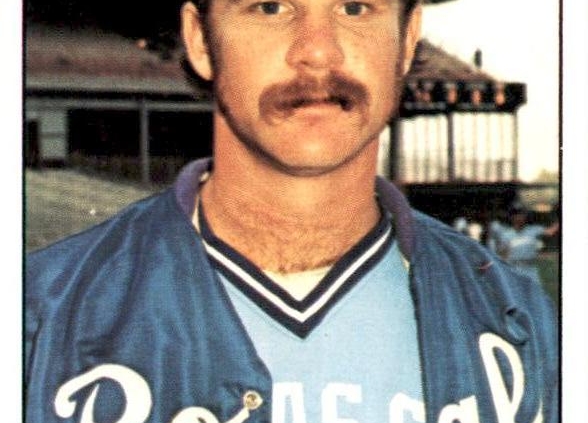 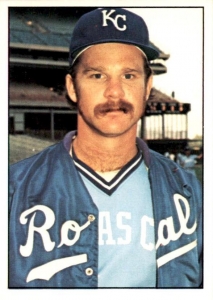 Dennis Leonard was the ace of the Kansas City Royals’ pitching staff in the late 1970s and early 1980s. Three times a 20-game winner, he was a true workhorse, leading the league in games started three times. In 1982 his season was derailed when he was hit in the pitching hand by a line drive, breaking two fingers, an injury that caused him to miss more than two months of the season.1

The next season, on May 28, 1983, he was delivering a pitch in a game against the Baltimore Orioles when he ruptured the patellar tendon in his left knee. Leonard immediately crumpled to the ground, thinking he had been hit with a line drive. The injury was so severe that it required four surgeries and caused him to miss the rest of the 1983 season, the entire 1984 season, and virtually all of the Royals’ 1985 championship season.2

Leonard spent every day working out under the watchful eye of Royals trainer Mickey Cobb, striving to rehabilitate the knee. He strapped weights to his leg and performed leg lifts; he worked out on the Cybex machine; he ran in the outfield; he did sit-ups and trunk twists.3

By 1986 he was finally able to make it to spring training, where he battled to make the team. He wasn’t going to be in the initial starting rotation although he made the Opening Day roster. On April 12 Danny Jackson was originally scheduled to start against Toronto, but he had twisted his ankle late in spring training, so manager Dick Howser named Leonard to start the game at Royals Stadium. The game was being nationally televised because it was a rematch of the 1985 American League Championship Series. This was to be Leonard’s first start since he injured his knee three years earlier.4

The game began with the Blue Jays deciding to test how well Leonard moved off the mound, by bunting. Lloyd Moseby faked a bunt on the game’s first pitch, but wound up grounding out to shortstop. Tony Fernandez followed Moseby with another bunt attempt, but bunted it too hard, and it went past Leonard to first baseman Steve Balboni, who was able to beat Fernandez to the bag.5

After that, Leonard settled into a nice groove. With two out in the second inning, the Blue Jays got their first hit when Jesse Barfield hit a ball to deep left that looked as though it was going to be a home run. A strong northwest wind caught the ball and kept it in the ballpark, where it bounced on the warning track and into the stands for a ground-rule double.6

In the third inning, again with two out, Moseby hit a dribbler down the first-base line that Leonard was unable to field, and Moseby had an infield single for the Jays’ second hit. After stealing second, Moseby was stranded there when Leonard retired Fernandez on an infield grounder.7

Moseby proved to be the Jays’ last baserunner for the next several innings, Leonard retired the side in order in the fourth, fifth, sixth, seventh, and eighth innings. Blue Jays starter Jim Acker proved to be equally as hard to solve for the Royals offense, and the game was scoreless as the Royals came to bat in the bottom of the eighth inning.

Acker retired the first two hitters quickly before Jim Sundberg managed a two-out single. Toronto manager Jimy Williams pulled Acker and brought in Don Gordon. Howser sent Buddy Biancalana in to run for Sundberg, and Jorge Orta to hit for shortstop Angel Salazar. On a 2-and-2 pitch, and with Biancalana running, Orta lined a double off the fence. Biancalana sprinted home to score the game’s first run.

Leonard took the mound in the ninth inning trying to complete the shutout win. He retired Damaso Garcia and Lloyd Moseby on routine fly balls and with two out, Tony Fernandez stroked a single to break a string of 18 straight hitters retired by Leonard. Pitching coach Gary Blaylock emerged from the dugout to talk to Leonard amid a chorus of boos from the 24,332 fans who wanted to see Leonard finish the game. After a brief discussion, Blaylock left Leonard in to finish the job. After the game, Howser said, “I told Gary Blaylock, ‘It’s his ballgame.’ I don’t care who I brought in; nobody was going to pitch any better.” Leonard fanned Rance Mulliniks with his 89th pitch to complete one of the most emotional games in Kansas City history. Leonard said later that the game was probably the biggest thrill he had in baseball. He gave the game ball to Royals trainer Mickey Cobb, who had guided him through the rehabilitation process.8

Unfortunately, Leonard was unable to recapture the skill that had made him one of the American League’s best hurlers. He finished the 1986 campaign with an 8-13 record and a 4.44 earned-run average. He decided to retire in February of 1987. Leonard won 144 games in a Royals uniform, but none were more stirring than his comeback win against the Blue Jays.

In addition to the sources cited in the Notes, the author also consulted baseball-reference.com and retrosheet.org.