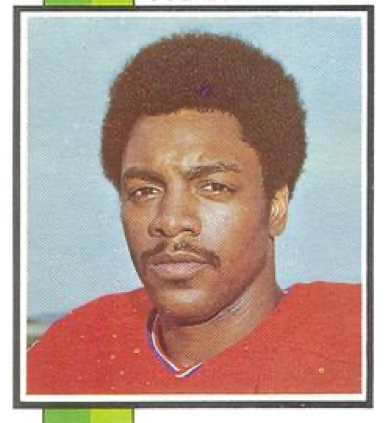 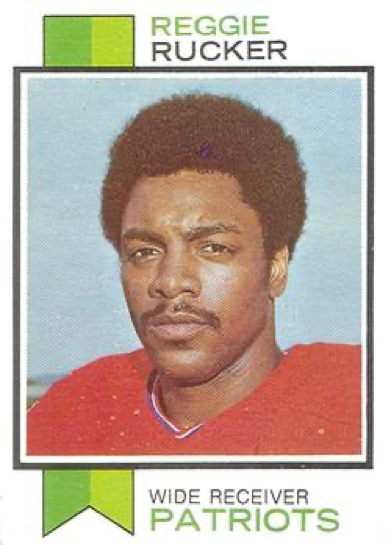 Sports fans of a certain age will remember Reggie Rucker as a sure-handed wide receiver in the National Football League of the 1970s, hauling in touchdown passes in the orange, brown, and white uniform of the Cleveland Browns.

Before he turned pro, football was just one of several sports in which Rucker excelled. In the late 1960s, the young man from Washington, DC, lettered in football, baseball, basketball, and track at Boston University – the school’s first four-sport letterman in 20 years. As a speedy, power-hitting outfielder, he might have been better at baseball than football, according to his entry in the university’s athletic hall of fame.1 He worked out for the hometown Washington Senators shortly before reporting to college.2 His baseball talents were on full display on the afternoon of April 14, 1969, when Rucker led the way in winning a close game for the BU Terriers against the crosstown rival Northeastern University Huskies.

Rucker was just one of several multisport athletes taking part in the game. BU left fielder Bruce Taylor had been drafted by the Baltimore Orioles out of high school in 1966,3 but passed up the pros to go to college. He starred alongside Rucker on BU’s football team, leading the nation in punt-return average and punt-return touchdowns.4 The Terriers’ third starting outfielder, center fielder Paul Fontas, also suited up on the varsity hockey team. Northeastern’s starting catcher, Jack Freeman, twice earned team Most Valuable Player honors and All-New England recognition on the football field.5

The coaches’ backgrounds were similarly eclectic. BU baseball coach Bob Crocker served as an assistant coach in the school’s hockey program for many years before moving on, first to the University of Pennsylvania and then to the pro game. Crocker spent 12 years in the front office of the National Hockey League’s Hartford Whalers, then earned three NHL championship rings as a scout for Stanley Cup-winning teams.6 Northeastern coach John “Tinker” Connelly had been a football, hockey, and baseball star for the Huskies in the early 1950s. He coached NU’s baseball team for more than 25 years and was elected to the College Baseball Hall of Fame in 1984.7

One other member of the 1969 Terriers team deserves mention for his remarkable athletic career, even though he didn’t play on April 14. Herb Wakabayashi, born in a Japanese-Canadian internment camp late in World War II, became a two-time All-American hockey player for BU. In his senior year, he joined the baseball team as an infielder and hit .367. After college Wakabayashi gained Japanese citizenship, played on the Japanese hockey team at three Winter Olympic Games, and later coached Japan’s national team.8

BU and Northeastern met at Northeastern’s home park, Kent Street Field, named for its location on Kent Street in the leafy suburb of Brookline. The park, while less fabled than other Boston baseball destinations, has a long and rich baseball history. It began as a public playground where, according to legend, Red Sox star and Kent Street resident Babe Ruth would occasionally stop to play catch with local children. Northeastern’s baseball team took over the field in 1925 after playing at the site of Huntington Avenue Grounds, the former home of the Red Sox.9 Only about a month after the Terriers-Huskies game, Northeastern renamed the facility Parsons Field in honor of longtime athletic director, coach, and athlete Edward Parsons.10 As of 2021, Northeastern’s baseball team still used the field, now carpeted with artificial turf and known as Friedman Diamond.

Only about a mile and a half away at Fenway Park, the Red Sox played their home opener that afternoon, with star outfielder and local native Tony Conigliaro making an emotional comeback from the beanball injury that cost him part of the 1967 season and all of 1968. Boston’s big-leaguers beat the Baltimore Orioles 5-3 in front of a record crowd of 35,341, including Massachusetts Governor Francis Sargent.11 Northeastern’s student paper quipped, in contrast, that the Huskies and Terriers faced off in front of “about 33” spectators that day.12

While Opening Day at Fenway Park is always memorable, Boston’s baseball fans missed a fine ballgame on Kent Street. BU starter Tim Masick and Northeastern’s Art Kostka swapped zeroes for the first three innings. In the top of the fourth, right fielder Rucker made his presence known. He reached on an infield grounder, stole second, and moved to third on a fielder’s choice. First baseman Terry Cotton brought him home with a single for a 1-0 BU lead.13 The hits by Rucker and Cotton were two of only six allowed by Kostka in a complete-game pitching performance. Rucker was the only BU player to collect more than one. Taylor also recorded one of BU’s hits.

The Terriers added an insurance run in the eighth, again on the fleet feet of their right fielder. Rucker singled to center field, then stole second base and third. When catcher Freeman threw wildly to third, Rucker trotted home for the game’s second and final run. “Right fielder Reggie Rucker literally stole the show,” Northeastern’s student newspaper aptly summarized.14

Meanwhile, Masick held the Huskies off-balance at the plate. He scattered six hits, surrendering two apiece to right fielder Dennis Cole and first baseman Bill Shea. Kostka collected another of the Huskies’ hits, notching a double – the only extra-base hit of the afternoon for either team. Masick struck out four and did not walk a batter in his shutout. Kostka, who walked two and struck out seven, took the loss. The game brought BU’s record to 7-2 and dropped Northeastern’s to 1-3.15

BU qualified for the NCAA’s New England regional tournament in late May. They knocked off Dartmouth College but lost to the University of Massachusetts, missing a chance to advance to the national College World Series in Omaha.16 Northeastern did not qualify for the regional tournament. Crocker later named an all-star team from his years at BU and selected many players from the 1969 squad, including Rucker, Taylor, Masick, Wakabayashi, Fontas, catcher Bob Maiocco, and pitchers Joe Lasorsa and Nick Stipanovich.17

Masick pitched a single season in the St. Louis Cardinals’ organization in 1969, going 2-3 with a 4.50 ERA in the Rookie-level Gulf Coast League. Kostka did not continue his baseball career at the pro level. Taylor was a first-round draft pick of the San Francisco 49ers in 1970 and played in the National Football League and Canadian Football League from 1970 to 1978. In the NFL he was named the Defensive Rookie of the Year in 1970, played in the 1971 Pro Bowl, and led the league in punt returns and punt-return yardage.18

Rucker went undrafted in both baseball and football but pursued a career in football, signing a contract with the Dallas Cowboys after the 1969 NFL draft. He played 13 seasons in the National Football League,19 twice ranking in the league’s top 10 for receptions, receiving yards, and receiving touchdowns. Rucker started in Super Bowl V in 1971 but did not catch a pass as Dallas lost to the Baltimore Colts in the game’s final seconds.20 In his seven seasons with the Cleveland Browns from 1975 to 1981, Rucker caught 310 of his 447 lifetime receptions and made 32 of his 44 career touchdown catches. After retiring from football, Rucker finally reached Major League Baseball through the broadcast booth, working for several seasons in the early 1980s as a color analyst on TV broadcasts of Cleveland Indians games.21

Unfortunately for Rucker, his choice of athletic career might have contributed to legal and personal problems later in life. Still a well-known figure in Cleveland, he was sentenced to 21 months in prison in 2016 after he admitted to embezzling money from nonprofit agencies to pay gambling debts and personal expenses. At trial, Rucker’s attorney claimed he had problems with impulse control and gambling addiction, stemming from concussions and head trauma received during his career in football.22

Neither Baseball-Reference nor Retrosheet provides box scores of college games, but the April 15, 1969, edition of the Boston Globe published a box score.

The author thanks the Northeastern University Archives and Special Collections Department for research assistance.

19 This includes Rucker’s rookie season of 1969, which he spent on the Cowboys’ taxi squad without appearing in a regular-season game. The NFL now calls them practice squads. They comprise players who do not make a team’s active roster but are seen as having promise. Practice squad players take part in team practices during the season and are eligible to be promoted onto the active roster.

21 Sheldon Ocker, “Baseball? Rucker?,” Channels (TV magazine of the Akron (Ohio) Beacon-Journal), April 3, 1983: 3. This story has Rucker being drafted by the Senators. While Rucker made mention in interviews of going to a Senators tryout (see note 2), searches of The Sporting News and other news outlets found no mention that he was formally drafted. The story also incorrectly describes the start of Rucker’s NFL career; he began by making the Dallas Cowboys, not the New England Patriots.