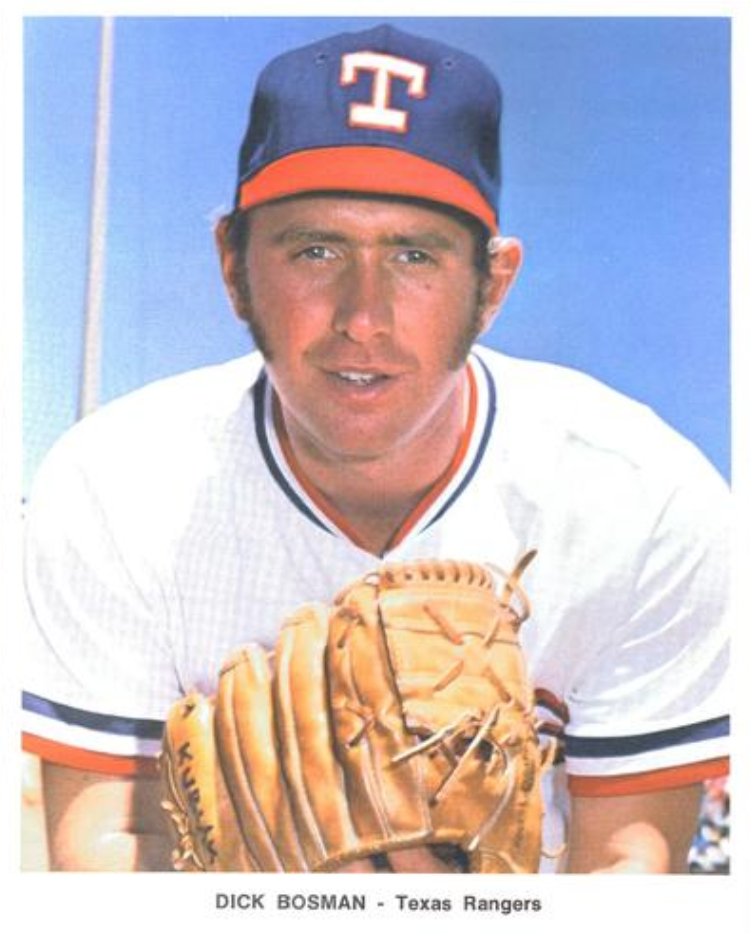 The opening of the 1972 season was unforgettable in many ways, but especially for North Texas. The Washington Senators were moving to Arlington, Texas, to become the Texas Rangers, and the fans were looking forward to Opening Day.

The Rangers spent their spring in Pompano Beach, Florida, trying to sort out who was going to play where. Manager Ted Williams had numerous gaps to fill in the field, and while he had the players, he didn’t know which position was best for each of them. To make matters worse, his ace pitcher, Denny McLain, had spent the whole winter complaining and was eventually traded in the middle of spring training; and his top slugger, Frank Howard, was holding out in a contract dispute, which wasn’t resolved until March 29.

The California Angels were at their spring-training camp in Palm Springs, California, where the biggest story was the appointment of Del Rice as the new manager. The Angels had struggled the previous year, far below expectations. The team had been made over, with several comings and goings both on- and off-field as they tried to improve. Because of this, there were several positions open for competition during the spring, especially at catcher and in the outfield.

But on April 1 everything came to a stop. On that day the Major League Baseball Players Association called a strike, the first player strike in major-league history. Players were demanding an increase in pension payments, something the owners refused. As the days dragged on, the players were locked out of ballparks and training facilities, and ended up gathering in self-organized sessions. The leagues started canceling games as the scheduled Opening Day of April 5 came and went. Rice was disappointed that his managerial debut would be delayed. “All I ever wanted was to become a big league manager. I finally get the job and the players quit.”1

The Rangers were hurt more than most. Having just moved the franchise, owner Bob Short was looking forward to a grand extravaganza at home on April 6, to introduce the team to the North Texas public. As it was, manager Ted Williams was at the ballpark that day with a group of media, to talk about the prospects for the season, but the players and fans waited things out. Williams wasn’t sure about his team’s prospects: “We’ll be running more, squeezing more, and I’ll be praying more,” he said.2

Finally the strike ended on April 13, with games scheduled to start on Saturday, April 15. Both sides lost money in the short term, the players from lost pay and the owners from lost revenue, and the league lost a number of games from the schedule, something that would come back to haunt some teams by the end of the season. For the Rangers, their new first game was now scheduled to be played in Los Angeles instead of at home. On Friday morning the Rangers worked out at Arlington Stadium for the first time, then flew to California in the afternoon to be ready for Saturday night’s game. Williams watched that practice and admitted that the team looked as if it needed a couple more weeks’ work.3

The first game was attended by a crowd of 13,916, a surprisingly low figure for Opening Day, but obviously hampered by the strike and the reaction of fans to it. During player introductions there were scattered boos, but mostly cheers for the home team. Fred Haney, former major-league player and manager, and the first general manager of the Angels, threw out the first pitch.

The Rangers went with Dick Bosman, starting his third consecutive Opening Day for the franchise, while the Angels countered with Andy Messersmith, a 20-game winner the year before. The two pitchers lived up to their billing, putting zeroes on the scoreboard all day, proving Williams’s suggestion that because of the strike the pitchers would be ahead of the hitters at the start of the season. Bosman pitched well for the visitors, as in the first eight innings he let just one runner reach third and one other get to second. Through eight innings he allowed five hits and had six strikeouts, two each in the first, second, and fifth innings.

Messersmith was better. He kept the Rangers hitless through six innings; Hal King led off the seventh with a single to break up the no-hitter, and Toby Harrah’s single in the eighth was the only other hit the Rangers got. Messersmith finished with nine strikeouts – all by the sixth inning – and five walks. The walks were the closest the Rangers came to his undoing, when in the fifth Messersmith got two strikeouts but then walked Joe Lovitto (making his major-league debut) and Harrah. With two on, Bosman struck out to end the threat.

In the bottom of the ninth, with the game still scoreless, Bosman tired, walking leadoff batter Sandy Alomar. Mickey Rivers bunted, catcher Hal King fumbled the ball, and both runners were safe. Another walk, to Leo Cardenas, and Bosman was done. Williams went to the bullpen, bringing in lefty Paul Lindblad to face left-handed batter Jim Spencer. Spencer fouled off the first pitch, then Lindblad bounced the next pitch in front of the plate. It skipped past King to the backstop, allowing Alomar to run home and score on a walk-off wild pitch.

“Boy, for an opener that was all right. … I wasn’t sure how sharp I’d be. Everything just fell into place,” Messersmith said.4 “I was thinking about a no-hitter from the fourth inning on. I had such good stuff and I felt so good I thought I might make it.”5 Catcher Jeff Torborg said, “He was actually throwing harder in the ninth inning than he was earlier. He had everything.”6

For the Rangers it was an embarrassing way to lose their first-ever game. The game would be symbolic of their entire season: They couldn’t hit, and although they had decent pitching they would be undone by mistakes. Opening Day was just the start of a long and difficult road.