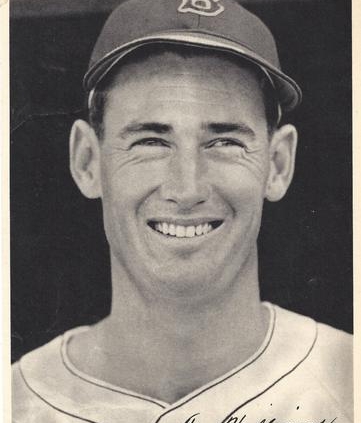 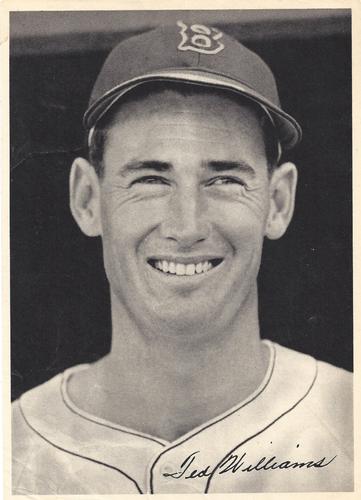 Would “The Kid” still have it? Opening Day of the 1946 season saw Ted Williams come back after three years in military service during the Second World War. He’d set a rookie record in 1939 that still stood in 2020, with 145 RBIs. In 1941, he hit .406 — the last batter in major-league baseball to hit over .400. In 1942 he won the Triple Crown, leading the league (in fact, both leagues) in homers, RBIs, and batting average. Then he spent the next three years in the Navy flying military aircraft, so good at gunnery that he was appointed an instructor.1

Three years is a long time to be away from baseball; Williams played a few games while in the service, but it’s hardly the same. He joined the team for spring training in 1946 and was looking forward to Opening Day, but he struggled with a cold and then the flu. It wasn’t certain he’d play. He’d spent the previous day confined to his hotel room.2

The president of the United States was going to throw out the ceremonial first pitch just before the scheduled 3:00 P.M. start. Williams had been waiting more than three years for this. He wasn’t going to miss it.

The noontime temperature was 69 degrees, but the Evening Star reported that it was gusty and had fallen below 60 degrees by game time.

President Harry Truman, a Cardinals fan and the first southpaw president to open a season, threw out the first pitch, snagged by Andy Gilbert of the Red Sox.3

It was, of course, not only Ted Williams’s first game back but also the first game for all the returning veterans, and the first game of a season since 1941 when Opening Day was held without the United States living under a declaration of war.

With Williams in the lineup, what might one expect? The Boston Herald’s Bill Cunningham wrote, “The war is supposed to have cooled his fiery temperament some, but the chances are that he’s still a reasonable facsimile of the same Ted Williams, and furthermore, that he wouldn’t be any good if he weren’t.”4

The Associated Press averred, “If Mr. Truman has a rival for the spotlight, it may be rangy Ted Williams, Boston’s whiplash hitter, returned from service.”5

Williams took six pitches in batting practice and hit four of them over the right-field wall. “His first grin in five days showed the Kid was ready.”6

As always, Williams was a focus of attention — and a bundle of energy. Twice, after the game got underway, home-plate umpire Bill Summers had to tell him to get back in the on-deck circle since he was inching too close to home plate while the preceding Johnny Pesky was batting, the better to try to get a look at what Washington starter Roger Wolff was throwing.7

Facing Wolff, the Red Sox led off with Dom DiMaggio, Pesky, and Williams. None of them got the ball out of the infield. Williams grounded out unassisted to first base. Tex Hughson was pitching for Boston. He allowed a single but no more in the Senators first.

The Red Sox scored first. In the top of the second, Rudy York singled, took second on an error by the left fielder, then third on a passed ball. Catfish Metkovich brought him home with a fly ball to left.

With two outs in the third inning, Williams stepped into the batter’s box again. He worked the count to 3-and-2 and then, at what Povich timed as 3:42 P.M., “leaned against it and sent the longest Griffith Stadium home run of a decade whistling into the dead center bleachers, 10 rows up.”8

It was a spectacular blast, said by Washington scribes to have been the farthest ball hit to that region by a left-hander since Lou Gehrig had done so back in 1931 or 1932.9

The Senators scored their first run in the bottom of the third, on three singles, the third one struck by Stan Spence, fielded by Williams in left field and scoring Al Evans from third base. It was 2-1, Red Sox.

Red Sox catcher Hal Wagner led off the fifth with a double off the right-field wall. Dom DiMaggio singled to center and drove him home.

Williams’s third time up, in the top of the sixth, Wolff struck him out.10

When Jeff Heath hit a solo home run to deep right field in the bottom of the sixth, the Senators had crept back to a one-run deficit, 3-2. Mickey Vernon followed him with a double, and it could have been trouble when Jerry Priddy hit a ball deep to left field that Williams “caught with his shoulder blades brushing the left field wall.”11

Wagner led off the seventh with a triple. Hughson grounded out and DiMaggio walked. Pesky doubled, over Jeff Heath’s head in left, to drive them both in. Williams batted twice more in the game, once following Pesky, but we have insufficient information available to know what happened other than to know that he hit the ball both times, and both times the batted ball resulted in an out. There is no indication that either was anything other than a routine out. Pesky did score, though, when Bobby Doerr singled him in and it was 6-2 in favor of the Red Sox.

Hughson set the Senators down 1-2-3 in both the seventh and eighth.

The four teammates — DiMaggio, Pesky, Williams, and Doerr — all batted in the top of the ninth. Pesky walked but the other three made outs.

The Senators scored once more in the bottom of the inning, when Jerry Priddy doubled and Al Evans singled him home. The game ended with Hughson the complete-game winner, 6-3. Sid Hudson had closed out the game for Wolff, but it was Wolff who bore the loss.

The game lasted 2 hours and 3 minutes. The announced attendance was 30,372.

Joe Cronin’s Red Sox team won their first five games and were 11-3 at the end of April. There was one day all season long — April 24 — when they were in second place. Other than that one day, they were in first place for the full season, and finished 12 games ahead of the second-place Detroit Tigers. The Senators finished in fourth place, 28 games behind Boston.

Ted Williams was voted Most Valuable Player in the American League for 1946. He hit 38 homers, drove in 123 runs, and batted .342. He led both leagues in both hits and bases on balls, and thus in on-base percentage. His .497 OBP reflected his getting on base almost exactly half the times he had come up to bat.12 One might say “The Kid” still had it. In 1947 he won the Triple Crown yet again.

First, however, there was the 1946 World Series. The Red Sox played a seven-game Series against the St. Louis Cardinals. The Red Sox had finished so far ahead of everyone else that they coasted near the end, several players taking off substantial periods of time. The Cardinals had to play two extra games, winning both games of a best-of-three playoff against the Brooklyn Dodgers. While trying to keep in shape, the Red Sox brought in some other American Leaguers and had sort of a mock game during which Williams was hit on the elbow and seriously hurt. He wasn’t able to perform up to par, and that may well have cost the Red Sox the hard-fought World Series. He never had another chance to play in a World Series.

1 The most complete account of Ted Williams’s military service (both in World War II and, later, the Korean War, during which he missed most of the 1952 and 1953 seasons while flying 39 combat missions) is Bill Nowlin, Ted Williams at War (Burlington, Massachusetts: Rounder Books, 2007).

7 Merrell W. Whittlesey, “Watching Williams Kept Fans and Players Well Entertained,” Washington Post, April 17, 1946: 9. Williams had been a focus during batting practice, with both the fans and the Senators keeping their eyes on him. During BP, Jeff Heath called out, “Williams is hitting” and a number of Senators approached to watch. He may have been ill, but Whittlesey described “the nervous energy that keeps Williams wriggling his wrists, cocking his arms, waving, jumping, nodding his head every moment he is on the ball field.”

10 In the course of his career, Williams struck out 709 times. Never once did he strike out more times than he walked. In 1946 he struck out 44 times. His 156 walks led both leagues.

12 This was also true for his lengthy (1939-60) career; Williams holds the record for the highest career on-base percentage: .482 Through a career that touched four decades, during which he lost most of five seasons to war, not only did he hit 521 home runs, but he reached base 48.2 percent of the time. The 2,021 walks he drew certainly contributed considerably.