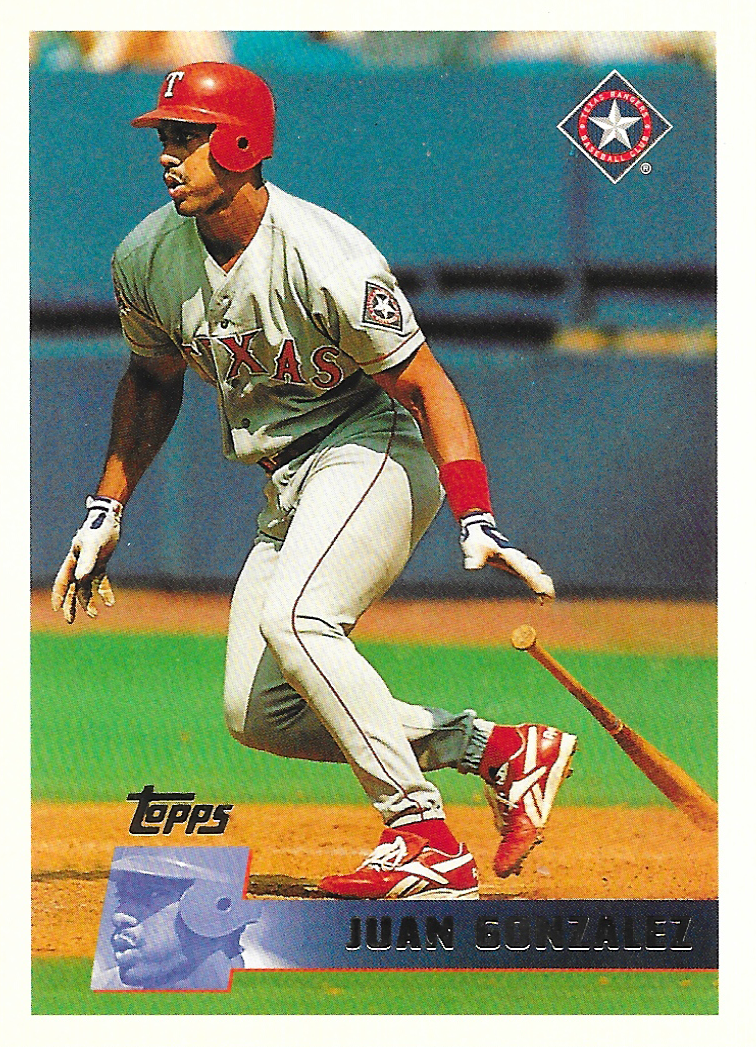 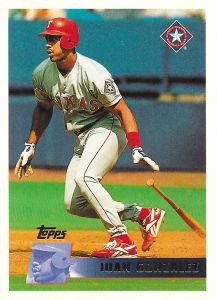 Go to any ballgame and you might see something you’ve never seen before. This 1996 game lived up to that promise and more.

The Texas Rangers were off to the second best start in team history at 10-4, putting them a game behind Seattle in the AL West. On Thursday night the Rangers players and their wives attended a private concert. Rangers pitcher Kevin Gross arranged for his friend, country singer Toby Keith, to perform in the Diamond Club at the ballpark. “The neat part was (Gross) didn’t want the party to be just for the players,” club President Tom Schieffer said. “He thought it would be nice to have the players and front office get together and get to know each other.”1

On Friday, Baltimore arrived with the best record in the majors at 11-3. They had been burning through their bullpen, using five relievers in a 12-inning win against Boston on Wednesday, and two more in a 10-7 loss on Thursday. With erratic rookie Jimmy Haynes starting on Saturday, manager Davey Johnson hoped that veteran Kent Mercker would go deep into Friday’s game.

The Rangers started Roger Pavlik, who got into trouble when Brady Anderson homered off his second pitch. The offense bailed Pavlik out, scoring five runs in the bottom of the first, three on Juan Gonzalez’s home run. The Rangers added a run in the second for a 6-1 lead.

Pavlik gave it all back in the fourth. After loading the bases, he walked in a run, wild-pitched another, then gave up a two-run double. After another double that tied the game, manager Johnny Oates had seen enough. Dennis Cook came in and got former Ranger Rafael Palmeiro to fly out with two runners in scoring position.

In the fourth, Rangers catcher Ivan Rodriguez was hurt when Palmeiro’s bat hit him on the follow-through. Rodriguez finished the inning but was pinch-hit for in the bottom half. X-rays showed he had a bruised but not broken right thumb, and he returned to the lineup the next day.

In the fifth inning Will Clark led off with a home run to give the Rangers the lead again, 7-6. After Mercker walked a batter, he too was done. Jimmy Myers came in to replace him, and Dean Palmer hit Myers’ first pitch over the center-field fence for a 9-6 Rangers lead. The teams exchanged single runs in the seventh, and even with a 10-7 game, the headlines hadn’t yet been written.

In the bottom of the eighth, Armando Benitez came in for the Orioles. Benitez faced three batters, giving up a single to Darryl Hamilton and two walks, then walked off the mound holding his arm. He was placed on the disabled list the next day and wouldn’t return until August. Johnson looked at his bullpen and called for Jesse Orosco, who had pitched two innings the day before but was the last man available.

Orosco’s appearance went like this: two-run double, sacrifice fly, two-run homer, single, single, RBI single, walk (of Hamilton), RBI single, bases-loaded walk, and the score was now 18-7. Catcher Chris Hoiles came out. “I’ve tried everything,” Orosco told him. “I can’t get them out.”2 Finally Johnson came out. “I’m sorry we had to leave you out here,” he told Orosco. “We were trying to save a couple of guys.” The only pitchers left were Arthur Rhodes and closer Randy Myers. Johnson was saving Rhodes for the next day.3

“I’ve been managing 10 years and I’ve never had to bring in a player before. I can’t get in a situation like this again,” Johnson said.4 He looked at his bench. Billy Ripken wanted to pitch but Johnson chose backup infielder Manny Alexander because he threw hard. “I probably should have gone with the crafty Billy Ripken,” Johnson later said.5 Alexander wasn’t happy. “I know I’m not a pitcher,” he said. “I pitched, because I don’t want to take a bad attitude, but I don’t like it. I hope it doesn’t happen again.”6

Catcher Hoiles didn’t bother giving Alexander signs after the first pitch. “I didn’t know what was coming,” he said.7 Alexander walked the first batter, Gonzalez, with the bases loaded, for his sixth RBI. Alexander walked in two more runs, then gave up a sacrifice fly, with Mickey Tettleton advancing to third on the play.

After another walk, Kevin Elster hit a grand slam to make the score 26-7. When Kurt Stillwell scored on the slam, all 13 Rangers players in the game had scored at least once, tying the major-league record. Hamilton then came up again, just the eighth player in major-league history to bat three times in an inning. He grounded to second to end the 16-run inning, one shy of the modern record set by Boston in 1953. The half-inning lasted 56 minutes and the three Orioles pitchers combined to throw 97 pitches.

The Orioles went quickly in the ninth to end the game in a time of 4:15, three minutes short of the major-league record for longest nine-inning game.

Cook ended up pitching three innings for the win, his first since June of 1994. Ed Vosberg got a save because the score was 10-7 when he entered. Orosco’s ERA had jumped from 0.00 to 9.82 in the Red Sox game on Thursday, and now it leapt again, to 27.00. And Alexander was left with a 67.50 ERA in his only career pitching appearance.

After the game the Rangers reflected on their opponents. “You could see in their eyes how tough it was for them,” second baseman Mark McLemore said. “You feel for the other guys but you still have to do your job because that could be us on the other end of this tomorrow.”8 “It was fun up to a certain point,” Hamilton said. “You never want to see another ballclub go through something like that.”9 “It was painful,” said Vosberg. “You put yourself in their position. You don’t ever want to embarrass anybody out there.”10

Oates tried to deflect criticism. “I want to play the game the way it’s supposed to be played. … We’re not going to swing at the first pitch just to get it over,” he said.11 “He’s on the mound throwing fastballs so we’re going to hit them,” said Juan Gonzalez.12 “I feel like I’m being made out to be the bad guy when they ran out of players,” Oates said.13

The Orioles complained about the way the Rangers approached the eighth inning. “I’ve seen it all, but guys tagging up from second with an 18-run lead?” Johnson said. “It’s ridiculous.”14 “I was still trying to play the game,” Tettleton said of his going from second to third on the sacrifice fly. “It’s a no-win situation. If you keep playing, it looks bad. If you stop playing, it looks bad. What do you do?”15

After the game Orioles owner Peter Angelos sent the team a fax of support. “They’re a great bunch of guys,” he said. “I just wanted to show that we have complete faith in their abilities.”16 “That was an old-fashioned whipping,” outfielder Bobby Bonilla said. “But it’s still just one loss.”17 Orioles starter Mercker said, “It’s amazing. It’s a fluke. I bet you anything – anything – that’ll never happen again. Ever.”18 He was probably unaware that his manager had suffered a previous 26-7 loss, when Johnson managed the Mets against the Phillies in 1985, and that Orosco had pitched in that game too (one scoreless inning).

Orioles pitching coach Pat Dobson found one positive note: “The best part is Manny complains and moans about coaches not throwing strikes during batting practice,” he said. “That’s the end of that.”19

3 Although Haynes lasted only four innings the next day, giving up seven runs, Rhodes was not used in the game. Instead, the Orioles brought up Brian Sackinsky for his major-league debut, and he pitched the other four innings for the Orioles in an 8-3 loss.