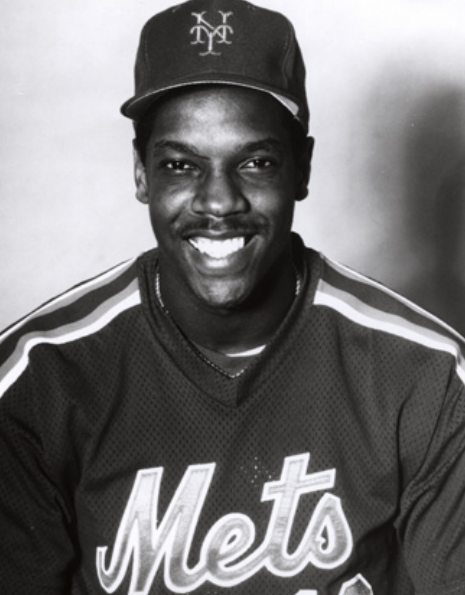 Dwight Gooden called it his “worst game in a long time. ‘I embarrassed myself,’ said Doc. ‘I couldn’t pitch, I couldn’t hit, I couldn’t field.’”1 He also had trouble controlling his curve. But none of that mattered. When the New York Mets walked off the field at Atlanta-Fulton County Stadium after their game on April 30, 1986, they were the owners of an 11-game winning streak, the longest in the National League since the Philadelphia Phillies had done the same during their pennant-winning season of 1983. It also matched the streak the Mets posted during their world championship season of 1969 and accomplished again three seasons later. Their 13-3 record for the month of April was the hottest start in Mets history.

With the 11 straight wins, the swagger the ’86 Mets became known for began to show as well: Back in spring training, “(A) couple of our guys said, ‘Wouldn’t it be something if we got off like the Tigers did?’” recalled backup third baseman Howard Johnson, a member of that iconic Detroit team that rocketed to a 35-5 start in 1984 and coasted to the AL pennant and the World Series championship.2

This was a memorable week in professional sports: Just the night before, Roger Clemens had struck out 20 Seattle Mariners at a raucous Fenway Park; and on the night of this game, rookie defenseman Steve Smith of the NHL’s Edmonton Oilers had knocked the puck off goaltender Grant Fuhr’s skate and into his own goal to give the Calgary Flames a Game Seven division-final victory, temporarily stalling the Edmonton Stanley Cup dynasty at two. But in New York, it was the NL East standings that dominated the back pages.

When their streak began on April 18 against Philadelphia, the Mets, five games into the new season, had been 2½ games behind St. Louis and only a game ahead of the last-place Cubs. But a three-game sweep at home of the Phillies, then two straight over the Pirates at Shea Stadium were followed by a rare four-game road sweep of the Cardinals. A 10-5 victory over the Braves the night before had made it 10 in a row.

The 8-1 victory over Atlanta for number 11 began the way many Mets games did that season, with New York jumping on right-hander Joe Johnson in the first inning. Leadoff hitter Lenny Dykstra bunted his way on, stole second and third and, after Wally Backman walked, scored on a single by first baseman Keith Hernandez.

When right fielder Darryl Strawberry singled in Backman, the Mets had a 2-0 lead they would not give up. The game ended with the box score showing Strawberry enjoying a 5-for-5 night, including a two-run homer and three RBIs; catcher Gary Carter adding another two-run blast that ended a personal 0-for-12 streak; and, despite his harsh self-criticism, Gooden’s first career win at Atlanta. He now had a winning record against every team in the league (albeit just 2-1 versus Atlanta and Montreal) and a win in every ballpark in the league, though it was the start of only his third big-league season. The game was also the ninth in a row in which the team homered, one short of the team’s record set in 1970 and repeated in ’75.

The other dugout was not without its own story: star center fielder Dale Murphy had sliced the palm of his right hand the night before, running into the outfield wall while chasing a ball hit by Hernandez. The cut required nine stiches and the fear was that Murphy’s 676-game streak, which had begun on September 25, 1981, would be broken.

But Murphy refused to stay off the field (“It wasn’t like it was amputated,” he declared3) and pinch-hit for Johnson in the fifth, hammering a home run off Gooden. It was the first earned run off the right-hander in 16 innings and was the first hit Murphy had collected off Gooden in eight plate appearances. “He wanted it, I guess,” conceded Gooden, who ended the night with a 4-0 record and a neat 1.26 ERA.

Strawberry ended up batting .372 during the stretch, belting three homers and driving in 13 runs. The 11-game winning streak during the last two weeks of April catapulted the Mets into first place in the National League East, five games ahead of the Montreal Expos. It was a lead they would not relinquish for the rest of the season.

“It’s not something you think about when you’re playing,” said Howard Johnson while comparing the Mets’ hot start to that of his former team, the 1984 Tigers. “But when you see the standings, you might think about it.”4

The streak ended the next night when the Braves hit four home runs off Mets pitcher Rick Aguilera in a 7-2 victory. Then the Mets proceeded to win another seven in a row.

This article is included in the book “The 1986 New York Mets: There Was More Than Game Six” (SABR, 2016), edited by Leslie Heaphy and Bill Nowlin.