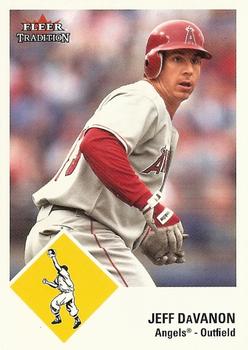 Those Angels also had a reasonable pitching staff ranging from reliable veterans (closer Troy Percival, starters Ramon Ortiz and Kevin Appier) to promising youth (starters John Lackey and Jarrod Washburn, late-season relief callup Francisco Rodriguez). And a manager (Mike Scioscia) who thought nothing of bringing National League-style tenacity (learned playing for the Dodgers and managing in their system) to the American League.

That’s the team that yanked their way to a wild card, ousted the Yankees in four games in the Division Series, took the Twins in five in the American League Championship Series, and defeated the Giants in seven games in the World Series.

None of those blowouts was quite as exclamatory as the 22-hit battering they dropped on the Indians in Jacobs Field to end April. When this day’s Hell’s Angels massacre finally ended with a bases-loaded grounder that forced Milton Bradley at second base, the Indians may have felt lucky that the final score was only 21-2 and that they were only nine-hit by the Angels pitchers.

“While the 21 runs might be an aberration,” wrote Los Angeles Times sports editor Bill Shaikin, “the Angels playing a solid game is not, reinforcing the confidence that restrains one from   jumping for joy based on one spectacular night.”1

“It got so bad for the Indians,” wrote The Sports Daily’s Joe Haakenson, “that what was left of the crowd, the second smallest in Jacobs Field history, began cheering for the Angels as they approached the 20-run mark.”2

“It was contagious,” said Jeff DaVanon, a late-game pinch-hitter whose four runs batted in were his career high to that point. “About anyone you could have put in there tonight had a good chance of getting a hit.”3

The one Angels starter who stood as the exception was Salmon, walking twice and reaching a third time when he was hit by a pitch in a 10-run eighth.

Haakenson also noted that the Angels were near the bottom of the American League in several hitting categories until the bats began reawakening a week earlier, including a five-game winning streak during which they sent 54 runs across the plate. Their 21 runs against the Indians made it the fourth time in their franchise history that they’d scored 20 or more in a single game.

The Angels themselves, however, offered mixed reviews.

“It can be very good for us, for our confidence, that we can do it,” said Bengie Molina after the slaughter. “That’s a positive for us. We have to take advantage of that.”4

Not so fast, cautioned Anderson, ever the quiet man. “You can’t get wrapped up in one game,” the eventual 2002 World Series Most Valuable Player said. “Guys’ personalities on this team are the same day-to-day. Guys are walking around the clubhouse the same way they were last week when we were getting our butts kicked. That’s good to see. We have a lot of games to play.”5

“This,” said Erstad, “is definitely an aberration.”6

For a game that began somewhat sedately – Glaus greeted Indians starter CC Sabathia rudely enough with a two-out solo home run in the top of the first, and future Hall of Famer Jim Thome answered in kind to lead off the bottom of the second – it finished with the Angels behaving as though the Indians had tried to steal their children.

The game already met the five-run-differential criterion when the Angels came up to hit in the top of the eighth with a 9-1 lead, Thome’s blast being the only Tribal disruption to that point. Aside from Glaus’s launch, the Angels hung up two in the third, three in the fifth, one in the sixth, and two in the seventh. Who knew they were really only warming up for the main destruction?

Maybe not even the Indians, who sent Mark Wohlers, relieving Sabathia’s relief, Charles Nagy, out to open the Anaheim eighth. The inning’s massacre only began and ended with the long ball; in between, the Angels spent most of the inning playing either “Draggin’ the Line” or “The Merry-Go-Round Goes ’Round,” depending on your point of view.

Erstad relieved Wohlers of his first pitch, sending it over the right-center-field fence as if the ball had his name on it. Then Glaus singled, Anderson pushed him to second with a groundout to the right side, and Salmon took one for the team, getting plunked on 2-and-1.

And then, after Orlando Palmeiro went in to run for Salmon, the fun really began.

Molina lined a single to right to put what Angels broadcaster Rex Hudler called the ducks on the pond. On 0-and-1 to Spiezio, Wohlers wild-pitched Glaus home, then Spiezio lined Palmeiro and Molina home with a single up the pipe. After Brad Fullmer flied out, another Angels spare part, Jose Nieves, singled Spiezio to second.

Up stepped Eckstein, the Angels’ resident pest, a shortstop whose glove work often belied his reputedly limited range and a young man to whom the batter’s box was an excuse for guerrilla warfare. Eckstein thought nothing of getting on base by any means necessary, including but not limited to praying that he might get hit by a pitch if need be. Players like him drove pitchers and opposing managers almost as crazy as the big boppers did.

This time, Eckstein chose a slightly more conventional method of sending the Indians to the analyst’s couch. He turned on a 1-and-0 Wohlers pitch and sent it down the right-field line to score Spiezio and stop Nieves at third. Ending Wohlers’ gig and introducing Chad Paronto, a second-year relief pitcher carrying a 1.93 ERA over two previous gigs into this assignment.

The further bad news for the Indians was Paronto opening by walking Erstad and surrendering a two-run single to Glaus. The worse news was Paronto facing DaVanon, pinch-hitting for Anderson, and watching the first pitch sail over the right-center-field fence. After walking Palmeiro, Paronto somehow got Molina to line out to right for the side, but Paronto’s ERA blew up to 7.20 before he finally ended the inning’s carnage.

Compared to that, Kennedy’s one-out RBI single and DaVanon’s two-out RBI single in the top of the ninth, both off Bob Wickman, must have seemed like a great escape to Wickman and the Indians. The Tribe finding a second run in the bottom of the ninth, when former Oriole Brady Anderson lined Matt Lawton home with a one-out single off Matt Wise, must have felt like the final gasp of the living dead.

The game left the Indians at .500 and sitting in third place in the American League Central Division. They’d finish the season in third, but they’d also finish 14 games under .500. They’d also finish manager Charlie Manuel; he would be executed at the All-Star break with a 39-47 record, nowhere near the success he’d have with the Phillies in due course.

That game would be one of a pair the Angels won by 19 runs in 2002. It kept them in third place in the American League West, 6½ games out of first. But it probably told them, too, what Anderson implied: It would take a long season and a lot of work on the other side to keep them out of sight.

In addition to the sources cited in the Notes, the author also consulted Baseball-Reference.com and Retrosheet.org. Thanks to Bob Timmermann.