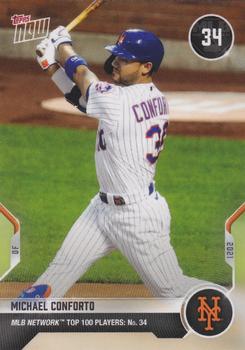 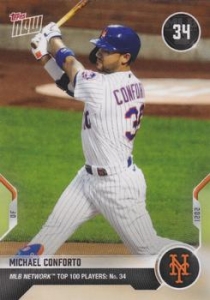 The New York Mets were hosting the Miami Marlins for their home opener. Both teams had won only one game in the young season, although the Marlins had lost five and the Mets two.1

After a 2020 season of fanless games with piped-in crowd noise, even a limited-capacity crowd of 8,4922 fans was a welcome change for the players and broadcasters3 – not to mention the fans who were thrilled to be back at the ballpark, cheering or booing their players. Several ceremonial first pitches were thrown simultaneously by doctors, survivors, and community volunteers who had been affected by COVID-19.4

Home opening starter honors for New York went to 28-year-old right-hander Taijuan Walker. He was making his Mets debut, hoping for a full, healthy season for the first time since 2017, when he was a member of the Arizona Diamondbacks.5 He had signed with the Mets as a free agent before the 2021 season after splitting 2020 with the Seattle Mariners and Toronto Blue Jays. Against the Marlins, he started out on the right foot. Although he allowed a two-out walk to Starling Marte in the first inning, he caught Marte in a rundown to end the frame.

Miami rookie Nick Neidert was making his first major-league start. Two expected rotation regulars6 for the Marlins were on the Injured List, leaving an opening for the 24-year-old Neidert, who, like Walker, had begun his professional career in the Mariners organization. The Mets had an immediate scoring opportunity when Brandon Nimmo hit a leadoff double down the left-field line. But Francisco Lindor, playing in his first game at Citi Field, flied out, and Michael Conforto, who had left 14 men on base in three games, looked at strike three. Neidert walked Pete Alonso, but Dominic Smith flied out to end the threat.

Walker continued his success in the second with some dramatic help from his defense on the second out. Brian Anderson hit a fly to the warning track in center. Nimmo seemed to lose track of the ball but found it at the last second. He landed hard on his backside with his back against the padding, his cap and glasses askew from the impact, but the ball still firmly clutched in his glove.7

Neidert had little trouble with the bottom of the Mets’ order in the second. Jonathan Villar lost a 10-pitch battle and struck out, Jeff McNeil continued his .000 batting average with a fly out, and James McCann was Neidert’s third strikeout.

Walker worked a one-two-three top of the third, including Neidert’s groundout in his first major-league at-bat.8

Neidert got into a jam in the bottom of the third, issuing two-out walks to Lindor and Conforto on just nine pitches. A visit from pitching coach Mel Stottlemyre Jr. may have helped – Alonso hit a foul pop on the next pitch, holding the game scoreless.

Walker pitched another clean inning in the top of the fourth.

Neidert continued walking a tightrope but didn’t fall. He loaded the bases in the fourth on a Dominic Smith single and one-out walks to McNeil and McCann. But the Mets continued their ineffectiveness with runners in scoring position,9 as Walker grounded into an inning-ending double play, keeping the game scoreless.

Walker finally allowed a hit in the fifth – a one-out single to Anderson. After Duvall grounded out, Jazz Chisholm walked to give the Marlins a runner in scoring position. Walker got out of the inning when Chad Wallach grounded back to him.

After Nimmo grounded out to start the home half of the fifth, Neidert allowed a single to Lindor – the four-time All-Star shortstop’s first hit at Citi Field as a Met after New York acquired him in a January 2021 trade with the Cleveland Indians. With Neidert at 85 pitches, Marlins manager Don Mattingly called in Ross Detwiler, who loaded the bases by brushing Conforto with a pitch and walking Alonso. The Mets did take advantage this time – Smith’s sacrifice fly put the game’s first run on the board. Villar struck out, leaving two more runners on base.

Blanked on one hit through five innings, the Marlins broke through against Walker in the sixth. Jon Berti singled and scored on Corey Dickerson’s double into the right-field corner, losing his helmet as he sped around third. Jesús Aguilar’s two-out base hit scored Dickerson for a 2-1 Miami lead.

Detwiler returned for the bottom of the sixth and worked a clean inning.

The relief pitchers for the Marlins (Miguel Castro) and the Mets (Richard Bleier) both faced the minimum in the seventh. Bleier allowed a single to Nimmo, who was erased when Conforto grounded into a double play. The New York fans were not shy – booing to express their displeasure with Conforto’s performance.

Trevor May pitched the top of the eighth for the Mets. Dickerson made it to third (on a wild pitch) but didn’t score. The Mets had no baserunners in the eighth against the Marlins’ fourth pitcher, Yimi García.

Mets reliever Edwin Díaz got his first work of 2021 in the ninth. All he allowed was a walk to Adam Duvall. Díaz finished with a flourish, taking a comebacker to the bag himself, casually touching first on the way to the dugout.

Anthony Bass, a 33-year-old right-hander on his seventh major-league team, came on for the Marlins in the bottom of the ninth, with “Let’s Go Mets” chants echoing through the ballpark. In his only previous save opportunity, on April 2, he had allowed four ninth-inning runs to the Tampa Bay Rays and took the loss.

He again squandered the lead in this one.10 McNeil led off with his first hit of the season – a homer into the second deck on a 3-and-1 pitch to tie the game, 2-2.

After McCann grounded into the shift for the first out, Luis Guillorme beat out an infield hit. With Nimmo batting, the Marlins shifted Anderson, their third baseman, to a position between first and second base. Nimmo took advantage of the opportunity, doubling into the left-field corner for the second time in the game. Guillorme was held at third.

An intentional walk to Lindor loaded the bases for Conforto. The next play implicated Major League Baseball Rule 5.05(b)(2), which reads:11

“A batter is entitled to first base if he is struck by a ball he is not attempting to hit unless (A) The ball is in the strike zone when it touches the batter, or (B) The batter makes no attempt to avoid being touched by the ball.”

Guillorme trotted home with the winning run, and a teammate poured a water bottle on Conforto’s head at first base.12 Mattingly popped out of the dugout as soon as Kulpa signaled “hit by pitch,” asking the umpires for an explanation.

They went to replay – which clearly showed that Conforto had leaned into the pitch, whether intentional or not – but a called strike is not reviewable. The only part of the play that was reviewable was whether Conforto was hit by the pitch. Whether he complied with his duties under Rule 5.05(b)(2) by attempting to move out of the way is a judgment call by the umpire – and therefore not reviewable either.

The fans, who had started cheering (but not leaving) as soon as Kulpa sent Conforto to first, finally were able to celebrate once the review confirmed the hit-by-pitch. Several Miami players stayed on the field in disbelief and expressed their confusion and consternation afterward.13 Mattingly, whose professional playing, coaching, and managing career dated to 1979, said he’d never seen such a bizarre finish.14

In an unusual follow-up, Kulpa stated after the game that he should have called Conforto out, since the pitch was in the strike zone.15 Of course, his “mea Kulpa” didn’t change the outcome of the game.

As it turned out, the Mets’ win had no effect on the final standings for the year. The Mets held a share of first place as late as mid-August, but dropped to third and stayed there, finishing 11½ games behind Atlanta. The Marlins were never higher than third place in the NL East, finishing in fourth, 21½ games back.

As for Conforto, he ended the year with the lowest batting average of his career to date, .232. He was hit by 12 pitches but none of those were in the next two games against Miami.16

This article was fact-checked by David Krell and copy-edited by Len Levin.

In addition to the Sources cited in the Notes, the author consulted the Baseball-Reference.com and Retrosheet.org websites for pertinent material and the box scores noted below, and viewed the recorded New York and Miami TV broadcasts on MLB.com.

1 The Mets had a late start to their season due to a COVID outbreak on the Nationals, their planned opponents. Reuters, “Mets Opening against Phillies after COVID-19 Delay,” April 4, 2021. Their first six games were at home. https://www.reuters.com/lifestyle/sports/mets-opening-against-phillies-after-covid-19-delay-2021-04-04/. Accessed March 12, 2022.

3 Mets TV broadcasters Keith Hernandez and Ron Darling were even glad to hit traffic coming to the ballpark.

4 The group included COVID-19 survivors who had been seriously ill and health-care professionals who had treated COVID patients.

6 Elieser Hernández (who returned on June 3) and Sixto Sánchez (who did not pitch at all in 2021 due to shoulder problems and then surgery). Steve Adams, “Sixto Sanchez to Undergo Shoulder Surgery,” mlbtraderumors.com, July 7, 2021. https://www.mlbtraderumors.com/2021/07/sixto-sanchez-shoulder-surgery-marlins.html. Retrieved February 27, 2022.

7 He did not miss any playing time, so despite the hard landing he wasn’t seriously injured.

9 The Mets were 6-for-29 with runners in scoring position over their first three games.

10 After this game most of his appearances were as a set-up man rather than a closer. He finished the year with no successful saves and four blown saves, but 19 holds.

16 Two of the 12 plunkings were by Miami pitchers but they were much later in the season.