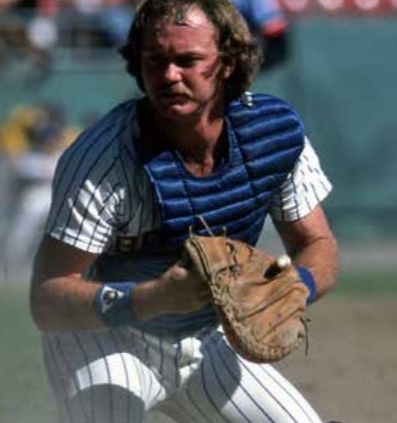 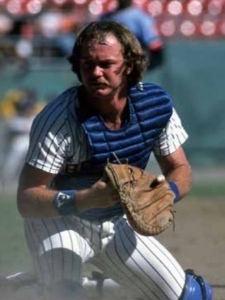 April 9 was Opening Day in 1982 … at least, that’s what it turned out to be for numerous teams in the Northern cities of the major leagues. Teams like the Milwaukee Brewers and the Toronto Blue Jays were unable to play their scheduled Opening Day contests on April 5 after waves of snow rushed through the area. This was no ordinary snowstorm, either. Accounts from Milwaukee County Stadium suggest that around 13 inches covered the field early in the week.1 Hundreds of Brewers employees worked all day to try to get the blanket of snow off the field, but it was hopeless: Milwaukee wouldn’t be able to host its scheduled home opener.2

Although winter’s clutches enveloped the North, the fans’ excitement couldn’t be tempered by a blizzard twice as big. In the strike-interrupted 1981 season the team made its first postseason appearance, finishing first in the American League East Division despite inconsistent play from its regulars, then falling to the New York Yankees in the Division Series. Experts were picking the Brewers to fight for the American League East crown again in 1982 season.3 Fans flocked to the box office ahead of the season, and there were predictions that the Brewers could draw two million.4

Despite these high hopes, many question marks remained. How would Paul Molitor fare in his first season at third base?5 Could Cecil Cooper and Ben Oglivie bounce back after down seasons? Would Larry Hisle finally be healthy enough to make an impact for Milwaukee?6 Was Rollie Fingers’ preseason injury7 going to jeopardize the team’s playoff aspirations? Hindsight tells us many of these worries vanished, but at the time the questions added an element of uneasiness to the euphoria of a brand-new season.

In the days leading up to the new Opening Day, many Northern teams had to keep their players in playing shape in spite of the weather. Spring training helped to quell some of the concerns surrounding roster spots and injuries, but a few days off in the cold Wisconsin weather would likely be detrimental to the pennant hopefuls. The Brewers, with open-air Milwaukee County Stadium unprotected from the elements, attempted to find someplace else to train before traveling north of the border. The initial plan was to work out at either Carroll College, the University of Wisconsin-Milwaukee, or the University of Wisconsin-Oshkosh, but the club opted to seek a bigger venue.8 Their first call was to Minnesota, asking to use the new Metrodome, but the White Sox and Blue Jays were already there.9 Then they tried to book the Superdome in New Orleans, but the employees who assist with booking the venue were out of the office, and general manager Harry Dalton said the woman who answered the phone “didn’t seem real interested in helping us out.”10

The team’s saviors wound up being the Houston Astros. “[Astros general manager] Al Rosen said, ‘Come on down, we’ll take care of you,’” Dalton reported.11 The Brewers took the first flight down to the Astrodome in Houston to play two intrasquad games in the indoor facility. They declined an offer to play the University of Houston so that manager Buck Rodgers could work out more players.12 When all was said and done, Milwaukee’s team had gotten a pair of extra spring-training days before finally getting to play their first regular-season game.

The delayed Opening Day game pitted Milwaukee ace Pete Vuckovich against Toronto hurler Mark Bomback. Fewer eyes were on the pitching matchup than on the Brewers’ batting order. With Robin Yount’s availability uncertain, Rodgers came up with two batting orders.13 Yount had injured his hamstring at the tail end of spring training, and with a 41-degree game-time temperature in Toronto, his status was up in the air. Yount ended up playing, but he batted seventh, the same spot his replacement, Ed Romero, would have filled had Yount been deemed unfit to play.14

As things turned out, Yount played a big part in the game, but he was hardly the headliner. The Brewers scorched Bomback right out of the gate, with leadoff singles by Molitor and Charlie Moore, followed by a two-run double by Cooper and a two-run homer by Oglivie. Bomback retired only one batter and was yanked after giving up an RBI single to Mark Brouhard. Dale Murray, who relieved him, allowed an inherited runner to score on a sacrifice fly by Molitor. The Brewers wound up batting around and tallying six runs before the Blue Jays had a chance to bat.

Toronto fans were immediately restless. Boos rained out from the crowd of 30,216, then chants of “We want beer!” rang through the concourse. That was in response to the fact that Exhibition Stadium was the only major-league ballpark that didn’t sell beer at concession stands. Milwaukee Journal Sentinel writer Vic Feuerherd suggested that this was a good thing for this particular day. “It’s scary to think how the crowd might have reacted if they were liquored up,” he wrote in his game recap.15

Vuckovich wasn’t overly dominant, but he held the Blue Jays scoreless through three innings. He walked two, gave up two hits and struck out a pair in that span. The Brewers added another run in the fourth on a bases-loaded walk to Gorman Thomas. The Blue Jays finally struck back in the bottom of the inning. With two outs Vuckovich walked Jesse Barfield and Ernie Whitt hit a home run.

The Brewers turned things on again in the sixth inning. Jerry Garvin was pitching for Toronto, and after four straight hits and three runs, he was relieved by Jim Gott. With the score 10-2, the Brewers gave Yount and his balky hamstring a rest and lifted him for pinch-runner Romero after Yount’s two-run double. Gott proceeded to walk the bases loaded and allow four more runs to score on a pair of errors and another two-run double by Cooper. When the dust settled at the end of the Milwaukee sixth, the scoreboard read Brewers 14, Blue Jays 2.

The Blue Jays tallied a pair in the bottom of the inning on RBI singles by Whitt and Damaso Garcia, but that was the end of their offense for the day. Oglivie added an RBI single in the eighth inning to bring the final tally to 15-4. Vuckovich picked up the win with a six-inning effort, allowing four runs on seven hits and three walks while striking out three. Bomback was tagged with the loss. Despite the two teams racking up 19 runs, the game took just 3 hours and 5 minutes to play.

The auspicious start was a foretaste of the magical season that awaited the Brewers in 1982. As for the Blue Jays … well, there was always next season.16