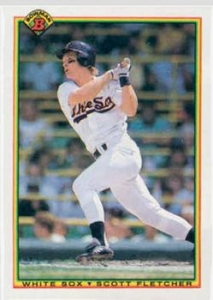 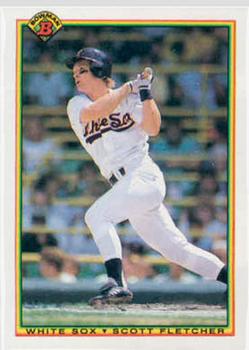 The rising rafters of New Comiskey Park peered over the wall of the old ballpark across 35th Street, as though they, too, wanted one last look.1

It was the final Opening Day at Comiskey Park, kicking off the last of 81 seasons there. Sorrow for the storied park was somewhat tempered by the new one taking shape across the street. After the White Sox narrowly averted a move to Florida in 1988,2 the shiny new ballpark ensured that the team was staying put at the corner of 35th and Shields.

Still, this would be a season for nostalgia at the oldest ballpark in the major leagues.

“There’s a lot of tradition in this place,” said White Sox manager Jeff Torborg the day before. “I’m kind of a romantic anyway. … The guys here now may not be thinking of the history. They’re thinking about whether we’re going to win tomorrow. But it’s nice to be a part of something. In some ways, it’s sad. But in other ways, it’s progress.”3

Not all of the 40,008 fans in attendance on Opening Day were as even-handed. “The last true Sox opener,” read a banner hanging from the left-field upper deck.4

Opening Day was set to be a rare double feature in Chicago. For the first time in modern major-league history, both Chicago teams opened their season at home on the same day.5 The nightcap came at Wrigley Field, its first evening opener since lights were installed less than two years ago.6

The White Sox were up first. Their game “matches two clubs in very different situations,” wrote the Chicago Tribune.7 After finishing at an even 81-81 the year before, the Milwaukee Brewers were aiming for an AL East crown in manager Tom Trebelhorn’s fourth full season, re-signing reigning AL MVP Robin Yount and adding free-agent slugger Dave Parker.8 Meanwhile, “the Sox were expected to mature more than contend in the tough AL West, and nothing happened in spring training to change that,” the Tribune stated.9 Torborg’s young team tallied just 69 wins the year before, and a season of patience seemed to be in store.10 Comiskey Park itself would be the star attraction this year.

Lacking a bonafide ace, the White Sox handed the ball to Melido Perez, coming off an uninspiring 1989 season in which he went 11-14 with an ERA of 5.01. The Brewers had their ace, Chris Bosio, who had the sixth best ERA in the American League in 1989 (2.95) and tied for fourth in both strikeouts (173) and complete games (eight).

After waiting over a half-hour for a drizzly rain to subside, the White Sox led off with a nod to history, sending out Chuck Comiskey to throw the ceremonial first pitch.11 It was his grandfather Charles who built the ballpark, calling it “The Baseball Palace of the World.”

The first pitch that counted marked another milestone. When White Sox catcher Carlton Fisk caught the opening pitch from Perez to Brewers leadoff batter Gary Sheffield, it marked the fourth decade in which Fisk had played in the major leagues. He became the 18th major leaguer to achieve that milestone, and the ball was removed to be displayed in the team’s Hall of Fame in the new stadium.12 Then, in his first at-bat of the season, in the second inning against Bosio, the ageless Fisk knocked a double down the left-field line.

But the Brewers scored first the following inning. Edgar Diaz singled, advanced on a bunt, and came home on a ground-rule double by B.J. Surhoff. The White Sox tied the game in the fifth inning when Ozzie Guillen led off with a triple down the right-field line and scored on a wild pitch by Bosio.

That was about it for offense for most of the afternoon. Perez cruised through six innings, collecting six strikeouts with just one walk and four hits. “Perez had the best tempo I’ve ever seen from him,” said White Sox pitching coach Sammy Ellis.13 But wanting to ease his starter into the new season, Torborg pulled him for Scott Radinsky, making his major-league debut, to start the seventh. After one batter and one out, Barry Jones came on to finish the inning.

The White Sox took control of the game in the bottom of the seventh. After Robin Ventura drew a leadoff walk from Brewers reliever Tony Fossas, Sammy Sosa laid a bunt down the first-base line. First baseman Greg Brock charged and fired to second, but not in time to get Ventura.14 Guillen came up and bunted, but Surhoff came out from behind the plate to field it and fire to third to force out Ventura. Then Lance Johnson loaded the bases with what the Tribune called “a 43-foot single that died barely along the third-base line.”15 Scott Fletcher hit a sacrifice fly to right field that sent Sosa home. The White Sox had scored a run on a walk, two bunts, a meek infield single, and a sacrifice fly, to take the lead, 2-1.

After five straight outs from Jones, Torborg brought in Wayne Edwards in the ninth to face Parker in a lefty-lefty matchup, and Edwards got him swinging. Then in came Bobby Thigpen, and he struck out Rob Deer and got Brock to fly out to Ivan Calderon in foul territory in left. The White Sox were victors on Opening Day.

“This is one 40,008 people will treasure long after old Comiskey Park is turned to memory and dust,” wrote the Tribune.

So did Edwards, whose one retired batter was enough to make his mark on Comiskey Park history.

“I wanted to get in on Opening Day,” Edwards said afterward. “It’s nice to be a part of history.”16

1 This description is based on a photo by Chris Walker on the front page of the Chicago Tribune. It appeared under Phil Hersh, “Opening Day Twice Blessed — and Doused,” Chicago Tribune, April 10, 1990: 1.

2 The White Sox were poised to move to St. Petersburg before the Illinois legislature approved funding for a new stadium at midnight on June 30, 1988. Bob Verdi, “A most fantastic dream come true,” Chicago Tribune, February 8, 1990: 49.

6 The rain would have other plans, washing out the Cubs game after two innings.

10 In reality, the Brewers would plunge to sixth in the East in 1990, at 74-88, while the surprising White Sox would surge to 94 wins and a strong second-place showing in the AL West behind the mighty Oakland A’s, and Torborg would be named AL Manager of the Year.