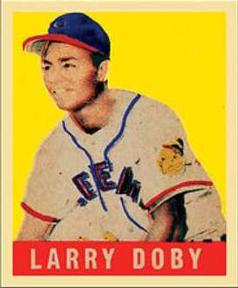 Could a “blowout game” make a difference, or the difference, in a baseball pennant race? As much as a 1-0 “nail-biter?” Or a late-inning comeback win? Or the schedule’s final game?

The 1948 American League pennant race was very close, ending in a regular-season tie and a playoff game. On August 6 four teams were clumped within 1½ games of one another. Cleveland led, followed by the Philadelphia A’s, the Yankees, and the Red Sox.1

The 1948 season was special for Cleveland, which won a one-game tiebreaker against the Red Sox and went to the World Series. Owner Bill Veeck staged zany special promotions; attendance soared to a major-league record 2,620,627 (with a single-game high of 82,871); in-season acquisitions of Bob Kennedy, Sam Zoldak, and Leroy (Satchel) Paige were key.

Russ Schneider’s Cleveland Indians Encyclopedia points to August 8 as “probably … the turning point of the season.”2 In that day’s home doubleheader win against the Yankees, the Indians trailed 6-1 in the seventh inning of game one. During the comeback, limping manager Lou Boudreau inserted himself as a pinch-hitter and tied the game. But a blowout game four days later, on August 12, may be equally important.3

The Indians’ schedule was potentially exhausting: 12 games in eight days in four cities.4 And after sweeping the Yankees, Cleveland stumbled, going 2-3 to start a road trip against noncontenders. They could use some rest and a winning streak. They could use some laughs and an improved Bob Feller.5 They got them all.

There were four games to play in two days of steamy St. Louis August weather, and Cleveland got off to a bad start. In fact, in game two on August 11, the Browns had a 12-0 lead halfway through the fifth inning, headed toward a blowout of their own.

Beginning at 6:00 the next evening, the St. Louis team treated its guests rudely again, winning 8-4 in a brisk 1:40. The tired Indians had fallen to second place. But there was another game to play, though the temperature at 8:00 was still in the 80s, with humidity rising toward 90 percent. It would be the now 62-42 Indians against the now 42-61 Browns, one more time.

On paper, Cleveland’s team was far superior to the Browns. Cleveland’s roster included 14 players who had been or would be All-Stars; St. Louis had three. Six of the Indians would be inducted into the Hall of Fame: Boudreau, Joe Gordon, Larry Doby, Feller, Bob Lemon, and Paige. However, at 8:00 on August 12, the Browns had won two of the teams’ last three games.

At about that hour, home-plate umpire Eddie Rommel called, “Play ball!” to St. Louis starter Fred Sanford. On paper, Sanford was more trouble for Cleveland. On May 14 he won his fourth start in a row, three of them complete games. He had an ERA of 2.48, and a sportswriter called him “the barrel-chested, strong-armed ace of the Brownie staff.”6

But baseball games are not played on paper. August 12, 1948, was not Fred Sanford’s day, and for Cleveland batters, the fun was about to start. After the leadoff man, left fielder Dale Mitchell, was out on a fly ball to center, right fielder Hal Peck doubled. Shortstop Boudreau singled, first baseman Eddie Robinson singled, second baseman Gordon singled. After center fielder Doby struck out, third baseman Ken Keltner doubled. The score was 4-0.

St. Louis manager Zach Taylor brought in reliever Frank Biscan and ordered a walk to get to the Cleveland pitcher, Gene Bearden. Biscan obliged. Bearden homered. The game was becoming a laugher.7 Mitchell, up for the second time, singled; Peck banged a second double; Taylor changed pitchers again. After Boudreau collected a second hit, Robinson struck out: half-inning over. The score was 9-0.

Slugger Bearden retired the Browns in order in the first. He was the great surprise of the season for Cleveland, a rookie knuckleballer with metal in both his knee and skull to repair damage from his naval service in World War II.8

After an inning’s pause, Cleveland’s onslaught resumed: four runs, two, four, three, three, one. Cleveland’s win probability reached 99 percent in the top of the third.9 After seven, the score was 25-1, and Bearden might have pitched baseball’s highest-scoring shutout but for two things: 20-year-old Dick Kokos and logic.10

Kokos had been signed by Cleveland and swapped to the Browns in November 1947 with Joe Frazier, Bryan Stephens, and $25,000 for Bob Muncrief and Wally Judnich. In this game, Kokos drove in all the Browns’ runs with a fly out and a single. For the series, he collected 9 hits in 16 at-bats. (Each of the 14 Clevelanders who came to bat got at least one hit; Peck and pitcher Bearden had four each.)11

Logic also suggested that Bearden should stop pitching and join the five position players who had been sent to the showers. But who should pitch in a situation that called for the third-string catcher (the Tribe didn’t carry one) or other reserve? It would not seem to matter – but maybe, in retrospect, it did.

All of Boudreau’s available bench players had already been used.12 Every pitcher had thrown during the past two days except Steve Gromek and Bob Feller. The coming schedule called for four games in three days in Chicago; Gromek had seen limited use because of a sore arm but was penciled in for the Windy City. So Boudreau and pitching coach Mel Harder turned to Feller.

Baseball writers were commenting freely on Feller’s mediocrity.13 His 1946 form (348 strikeouts) had been lost during 1947. And 1948 was worse, “the worst year in Cleveland’s recent history [for Feller] to have his worst season.”14 In the preceding six weeks, Bob had won four and lost five (most recently two days earlier in Detroit), throwing more walks than strikeouts.15

Before making the change, Boudreau called Zach Taylor from the Browns’ dugout for a conference. Sending baseball’s highest-paid pitcher into a 25-1 game could seem an effort to further embarrass a team that was already hopelessly behind.16 Nothing had gone right for Taylor in this game. He also may have been annoyed at Cleveland’s run-scoring double steal with the Browns down 15-1 in the fifth. So when Boudreau explained that he was “sending Feller into the game for a workout, Taylor replied, ‘Don’t tell me your problems. It’s your ball club and you run it.’”17

Attendance for the twin bill was given as 11,727, and some were there at the end. “These hardy people were treated to a rare sight as Bob Feller came into one game he couldn’t mess up,” wrote one observer.18 Feller didn’t sparkle (there were no strikeouts, and the Browns tallied twice more) but he came to no harm. Festivities ended after a mere 2:26 with a final score of 26-3.

Cleveland’s offense just missed tying some AL records. The 26 runs were one short of what was then the record (also the Indians, 27-3 over Boston on July 7, 1923). The 23-run margin of victory was just below that of this earlier game as well. The 29 hits almost matched the 30 collected by the Yankees on September 28, 1923.

A “blowout game” is an oddity that may erupt without warning and be followed by no aftershocks. This one, coming as it did with 50 games to go in the pennant race, may have had important, even decisive consequences for Cleveland.

First, halfway through a brutal travel schedule, the game allowed Cleveland to rest some of its players.19 Second, despite their 2-2 split of the four games in St. Louis, the Indians had to be in a lighthearted mood on their night train to Chicago. This fourth game had been fun. Third, the blowout game also sparked an eight-game winning streak, Cleveland’s longest of 1948.20

Fourth, since they barely reached the World Series, it seems unlikely that Cleveland could have won enough of those remaining 50 games to get there unless, following his “workout” on August 12, Bob Feller had improved his performance. And that is exactly what happened. For the 52 days prior, Feller pitched 81⅓ innings, with a 5-6 record and an ERA of 5.53. For the 52 days after (to the end of the season): 94 innings, 8-2 record, ERA 1.82.

Crediting Feller’s mop-up duty on August 12 with total causation for his turnaround would be going too far. But this game was not “just another 23-run win.” It was one of the most important of the 96 victories that put the Indians into their 1948 pennant tiebreaker game on October 4.

The writer listened to many of the 1948 Indians games with his grandfather. If the score became extremely one-sided, he might wander off to the kitchen to look for one (or two) of his grandmother’s sugar cookies. Then he would read about what he missed in the morning Toledo Times.

In addition to the sources listed in the Notes, the author consulted Baseball-Reference.com, Retrosheet.org, didthetribewinlastnight.com, and the following:

1 1948 was not unique for its competitiveness: 1950 ended, for example, with four AL teams compiling 92 or more wins, finishing within six games of one another.

3 “The man who sees that Sportsman’s Park is kept in the best possible condition probably is … today asking permission to purchase a new home plate. A home plate can take only so much and the burden the old one was asked to handle last night might have been too much. There were more spikes driven into it than in … 100 miles of railroad as the Cleveland Indians went on a wild scoring spree to beat the Browns, 26-3, in the second half of a twin-night bill.” Ray Nelson, St. Louis Star and Times, August 13, 1948: 26.

4 The St. Louis back-to-back doubleheaders August 11-12 were the result of rainouts on April 30 and July 4.  Cleveland played 28 double-headers during 1948, eight of them in August.

7 With the final score 26-3, Lew Freedman wrote, “[T]he joke in Cleveland was that the Indians were three-touchdown favorites – and exceeded the point spread.” Lew Freedman, A Summer to Remember: Bill Veeck, Lou Boudreau, Bob Feller and the 1948 Cleveland Indians (New York: Sports Publishing, 2014), 171. (Cleveland was used to championship football teams. Its Browns had won the first two seasons of the All-American Football Conference and the team was about to start its 15-0 third season on September 3.)

8 Bearden never again came close to the 1948 form that saw him win 20 games, lead the league in ERA, finish second in voting for Rookie of the Year and eighth for AL MVP. At the end of the season, he started and won six of the final 16 games (including the tiebreaker with the Red Sox), then won Game Three and saved Game Six of the World Series against the Boston Braves.

9 See “win probability” graph and/or change in play-by-play percentages in the Baseball-Reference box score for this game.

11 In this game, Judnich played 3½ innings as the right fielder and came to bat once (a homer). Stephens pitched 3⅔ innings for St. Louis, giving up 10 hits and four walks to the 26 batters he faced.

12 Infielder Johnny Berardino had not played since being hit by Detroit’s Ted Gray in consecutive at-bats two days earlier in Detroit, and outfielder Hank Edwards had been out since crashing into the Municipal Stadium right-field fence while making a catch on August 1.

13 “In an exclusive interview with this reporter … the former teen-age wonder sounded the demise of his fastball with this single statement: ‘I throw the ball as hard as I ever did – but it just doesn’t travel as fast as it did.’” Larry Marthey, “Feller Admits Fastball Is Gone,” Akron Beacon-Journal, August 11, 1948: 23.

15 Boudreau offered support after Feller failed again August 10 in Detroit: “It’s one of those things – a bad year. We all have them, DiMaggio, Williams, myself. I’ll say this for Feller – he’s still in there trying.” Eddie T. Jones, Toledo Blade, August 11, 1948: 36.

19 Manager Boudreau himself and first baseman Robinson were the only players to be on the field all 36 innings in St. Louis.

20 The Indians had an easy time of it the very next day in Chicago, as Satchel Paige threw a 5-0 shutout against the White Sox before 51,013, the largest Comiskey Park crowd in three years. New York Times, August 14, 1948: 9.