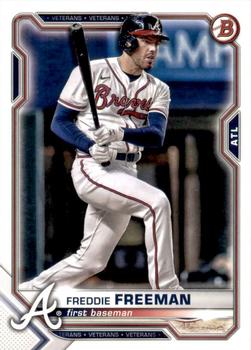 As the 2021 trade deadline passed at the end of July, the Atlanta Braves seemed to be facing an uphill battle in the National League East standings. At the end of play on July 31, the Braves were tied with the Philadelphia Phillies at 52-54, both five games behind the New York Mets. Over the next 13 games, however, the Braves won 10 times, seizing first place by a half-game. They were scheduled to play a three-game series on the road against the Miami Marlins beginning on August 16. Atlanta won the first two games and had now built a two-game lead over the Phillies. Looking for a sweep, the Braves sent Charlie Morton to the mound in search of his 12th win of the season.

Don Mattingly’s Miami team was struggling, and by mid-June found itself in fifth (last) place in the NL East. When the Braves came to town in August, Miami had reversed its fortunes and won four straight, but after losing the first two games of the series to Atlanta, the Marlins were still 11 games back. Jesus Luzardo (4-5) started for the Marlins before a small crowd of 6,871 spectators.1

In the top of the first, Atlanta’s Ozzie Albies struck out to start the game, but Jorge Soler2 walked, and Freddie Freeman slashed a double to right field. Soler was thrown out trying to score from first, and Freeman went to third on the play, but he was stranded when Austin Riley flied out to end the inning.

Both teams traded zeros on the scoreboard through the first three innings. Leading off the top of the fourth, Freeman again drove the ball into right field, “splitting first and second.”3 He never broke stride and slid into third base with a triple. It was Freeman’s first three-bagger of the season.

Riley singled Freeman home, breaking up the shutout. Dansby Swanson singled, and then Travis d’Arnaud worked a 10-pitch at-bat for a walk, loading the bases. Adam Duvall and Guillermo Heredia each worked full counts, too, before drawing bases-loaded, run-scoring walks.

Atlanta had a three-run lead, the sacks full with no outs, and Luzardo was lifted. Through three-plus innings, he had thrown 74 pitches, but only 42 for strikes. Steven Okert relieved him. Okert retired the next three batters, but not before Albies’ sacrifice fly brought d’Arnaud home with Atlanta’s fourth run.

An inning later and leading off again, Freeman scorched Sean Guenther’s offering off first baseman Jesus Aguilar’s glove and into right field. John Dever, the official scorer, labeled it a single, Freeman’s third hit of the game. Riley singled, too. Then Guenther retired Swanson and d’Arnaud, but Duvall’s double scored Freeman for a 5-0 Atlanta lead.

Miami fought back in the bottom of the fifth. With one out, Isan Diaz grounded a ball up the middle for Miami’s first hit. Alex Jackson was hit by a Morton pitch, and Bryan De La Cruz singled into short right field to load the bases. When pinch-hitter Jorge Alfaro’s grounder forced De La Cruz at second, Diaz scored. Then Miguel Rojas singled and Jackson scored, before Morton struck out Jazz Chisholm. The score was 5-2.

In the sixth, Luis Madero, Miami’s fourth pitcher of the game, issued a free pass to Soler, bringing Freeman to the plate. He blasted a pitch to straightaway center, just clearing the wall, for a two-run home run, his 27th homer of the season. It put the Braves up by five runs at 7-2, a more comfortable lead, given the tight division race.

Richard Rodriguez replaced Morton in the seventh, when Miami scratched out a run on a walk, single, wild pitch, and groundout. Diaz scored his second run of the game.

The Braves weren’t done scoring. In the eighth, Albies walked, stole second base, and moved to third on Soler’s fly out. In his fifth plate appearance, Freeman was intentionally walked. Riley’s RBI single brought Albies home, increasing the lead to 8-3.

Swanson singled to load the bases. This time, Jorge Guzman had difficulty finding the plate, and he walked both d’Arnaud and Duvall, and the Atlanta runners kept moving around the bases. Heredia popped out for the second out, and Paul Campbell came on in relief, but he walked pinch-hitter Joc Pederson for another Braves run. Atlanta had batted around for the second time in the game. Albies hit a comebacker to the mound for the third out, but now the Braves led, 11-3.

In the ninth, the Braves were retired in order. After reaching base five times in five plate appearances, Freeman flied out to left.

Miami rallied in the bottom of the ninth, sending 11 batters to the plate. Josh Tomlin was the new Braves hurler, and the Marlins hitters were aggressive at the plate, swinging early in the count. Diaz led off with a double and moved to third on Jackson’s line-drive single to left. Diaz scored on De La Cruz’s sacrifice fly. Sandy Leon singled and advanced a base on defensive indifference. After Rojas popped out to Freeman in foul territory, Chisholm lined a single, driving in Jackson and sending Leon to third. Chisholm, too, advanced to second on defensive indifference, before Aguilar grounded a single into left, driving in two runs. The Marlins were now within four runs at 11-7.

Atlanta manager Brian Snitker motioned to the bullpen and called closer Will Smith into the game. Jesus Sanchez greeted Smith with a blast well beyond the right-field wall for a two-run homer, his fourth of the year. Lewis Brinson walked and then Diaz, in his second at-bat of the inning, reached on an infield single. Suddenly the winning run was at the plate, but Smith fanned Jackson on three pitches to end the game and preserve the Atlanta win.

Morton picked up his 12th win of the season; in six innings, he had allowed two runs on three hits while striking out nine. He had kept the Marlins hitless until the fifth frame. Luzardo absorbed his sixth loss, due to the fateful fourth inning when he couldn’t get an out. The platoon of seven Miami pitchers walked a total of 12 batters, tying a franchise record for a nine-inning game.4 Five of those walks were with the bases loaded.

Freeman, the reigning National League Most Valuable Player, “strengthened his resume”5 for a potential repeat with his cycle in the Braves victory over the Marlins. He started the season in a slump, and his batting average reached a season low of .195 on May 7. The cycle brought his average up to .301. Freeman said, “You know me, I like the three at the start of the batting average.”6 He had collected nine hits in 13 at-bats in the three-game series against Marlins pitching. He hit .427 against Miami for the season (32-for-75), his highest average against any National League team.

Regarding his rare feat, Freeman told reporters, “It’s just pretty cool. These are the special nights. It’s really hard to talk about. Everything has to go right. … Things just had to go perfectly well, and it did tonight.”7

Freeman was the first Braves player to hit for the cycle twice in his career. He said, “It’s one of those memories that I’ll be able to tell grandkids and hopefully great-grandkids that I was able to do something – that’s very, very rare – multiple times. It makes me speechless.”8

Freeman’s big night (4-for-5, a walk, two RBIs and four runs scored) ignited the Braves to victory, their sixth straight and 13th in their last 15 games. In those 15 contests, Freeman had led the team in on-base percentage and slugging percentage, and was just behind teammate Dansby Swanson in batting average (.386 vs. .387).9 Atlanta then swept the Baltimore Orioles in three games, solidifying their hold on first place.10

This was the third of four cycles that occurred in the 2021 season. Freeman followed Washington’s Trea Turner (June 30, against the Tampa Bay Rays – Turner’s third career achievement of hitting for the cycle) and San Diego’s Jake Cronenworth (July 16, against the Washington Nationals). A month after Freeman, his teammate Eddie Rosario hit for the cycle (September 19, against the San Francisco Giants), giving a historic performance by hitting for the cycle on four consecutive pitches (and on five total pitches in his four at-bats).

In addition to the sources mentioned in the Notes, the author consulted Baseball-Reference.com, MLB.com and SABR.org.

A video recap of Freeman’s four hits can be seen on mlb.com:

1 The first two games of the series had drawn 6,442 and 6,079 fans, respectively. For the season, Miami drew just 642,617 fans, which was the lowest total in the National League. Crowds were initially limited to 25% of capacity; this restriction was lifted in July, when MLB announced that all teams could be at 100% capacity. On July 5 the last-place Marlins drew 15,290 in a night game against the Los Angeles Dodgers, their highest attendance of the season.

2 On July 30, Soler was traded by the Kansas City Royals to Atlanta for minor leaguer Kasey Kalich.

6 “Freeman Hits for Cycle as Braves Sweep Marlins.” Freeman finished the 2021 season with a .300 batting average, leading the league in plate appearances (695) and runs scored (120).

10 After the series sweep against the Orioles, the Braves could not win two games in a row again until September. They ended the season winning 12 of their final 14 games. Atlanta then defeated the Milwaukee Brewers (3-1) in the NLDS, the Los Angeles Dodgers (4-2) in the NLCS and the Houston Astros (4-2) in the World Series.