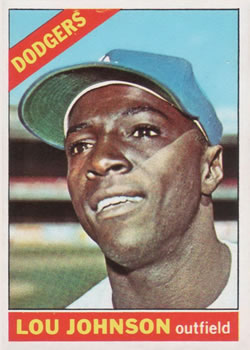 An ancient Chinese curse says, “May you live in interesting times.” In the middle of August 1965, the times in California were interesting indeed. In the north, the Bay Area was with a hotbed of political activity, San Francisco was the epicenter of the national anti-Vietnam War movement, while across the bay Berkeley was a center of the free-speech movement. At the other end of the state, Los Angeles was literally on fire with the riots in Watts.

While the news was overloaded with stories of political and social unrest, baseball provided a welcome distraction for Californians.

In the American League the Minnesota Twins had a comfortable seven-game lead, but five teams were in hot pursuit of the National League pennant. On August 19 the Milwaukee Braves were a half-game ahead of the Dodgers and had a one-game lead over the Giants; Cincinnati trailed by 3½ games and the Phillies by 5. San Francisco Chronicle columnist William Chapin observed: “The Dodgers are trying to win the pennant with two pitchers, one base stealer and no hitters. The Giants are trying to do it with a pitcher and a half, and two Willies, one of whom has to be rested periodically. …”1 Of the six players he referenced, Koufax, Drysdale, Wills, Mays, McCovey and Marichal, only Wills is not in the Hall of Fame.

The Dodgers arrived in San Francisco at 4 A.M. on August 19 after suffering a 12-inning loss to the Phillies the night before in Los Angeles. In addition, Dodgers John Roseboro, Lou Johnson, and Willie Crawford lived near Watts, and Crawford had actually been arrested as a rioter, though later released.2

Actual attendance was 39,575, but only 35,910 paid their way in.5 Those in attendance not only got to see a matchup of future Hall of Fame pitchers, Don Drysdale and Warren Spahn, they also had the opportunity to vote for “the prettiest parking attendant in sport,” who would be crowned “Miss Candlestick 1965.”6

Drysdale (16-11, 2.81 ERA) had lost to the Pirates four days before, when Buc batters took advantage of his knee injury to squeeze in two runs, and capitalized on his fielding lapses to score two more.7 Spahn going into the game was 1-1, sporting a 2.19 ERA with the Giants, recently acquired from the Mets and in his final year, was coming off an August 13 loss to the Phillies.

Maury Wills, the Dodgers shortstop and most consistent offensive weapon, led off against Spahn, singled, and stole second, his first career stolen base off Spahn.8 When asked by a sportswriter which pitcher caused him the most problems in stealing, Wills gave his stock answer: The answer will be Spahn until he retires, then I’ll think of somebody else.”9 After Wills’s steal, Jim Gilliam drove a single to right, but Wills was thrown out at the plate on a relay from Giants right fielder Matty Alou. Gilliam advanced to third and scored on Jim Lefebvre’s fly ball to Mays.

The Giants responded in the bottom of the first with two runs. Alou reached on an error by Dodgers first baseman Wes Parker and stole second. Then Mays hit his 35th home run, making the score 2-1 Giants.

After that, Spahn and Drysdale held their rivals scoreless until the bottom of the fourth, when Giants third baseman Jim Ray Hart doubled to left and was driven in by left fielder Len Gabrielson, giving the Giants a 3-1 lead.

Spahn’s magic began to run out in the top of the sixth when Drysdale unloaded a bases-empty home run to cut the Giants’ lead to one run. Spahn survived the rest of the sixth, but was pulled after walking Parker with one out in the seventh.

Giants manager Herman Franks brought in Masanori Murakami, who struck out center fielder Willie Davis but gave up a game-tying double to John Roseboro. This ended the day for Murakami, “the pin-up boy of the Ginza,”10 who had started his first, and only game the previous Sunday, but lasted only 2⅓ innings. He had, however, received a Datsun sports car from the Japanese community for his efforts.11

Giants closer Frank Linzy replaced Murakami and induced Drysdale to ground out to short, ending the inning. Drysdale held the Giants hitless in the bottom of the seventh, and the Dodgers renewed their attack in the eighth with Wills, Gilliam, and Lefebvre getting singles, scoring Wills, and chasing Linzy. Giants left-hander Bill Henry struck out Ron Fairly before being replaced by Ron Herbel, who gave up a single to Johnson, scoring Gilliam and moving Lefebvre to second. After Parker struck out, Davis singled to right, giving Matty Alou another shot at a Dodger baserunner. Alou took full advantage of the opportunity, throwing out Lefebvre at the plate and holding the Dodgers to two runs on five hits. The Dodgers now led 5-3.

In the bottom of the eighth, a recently activated Orlando Cepeda12 batted for Herbel and popped out to second. Shortstop Dick Schofield singled to left, but Drysdale ended the inning undamaged.

Gaylord Perry entered the game for the Giants in the top of the ninth and shut down the Dodgers offense. In the bottom of the inning, Drysdale gave up a single to Jim Hart, who was forced at second by Gabrielson. Catcher Tom Haller’s homer tied the score at 5-5.

Perry and Drysdale engaged in a scoreless duel through the 11th inning. In the top of the 12th Drysdale singled to left and because of his shaky knees13 was lifted for a pinch-runner, Willie Crawford. Wills sacrificed Crawford to second. Don LeJohn pinch-hit for John Kennedy, who had replaced Gilliam in the bottom of the eighth, and singled to center. The hit would have scored Crawford had he not missed third base and returned to correct his error. Lefebvre bounced to Perry, who threw Crawford out at the plate. Fairly flied to left to end the inning and continue the game.

In the bottom of the 12th Ron Perranoski, the Dodgers’ ace reliever, entered the game and LeJohn went to third base, replacing Kennedy. Scoring ceased as Perry and Perranoski continued their dominance of opposing batters.

Perranoski singled to right-center in the top of the 14th, followed by Wills’s single to right, giving Alou yet another opportunity to gun down a Dodger on the basepaths. Alou accomplished his mission by throwing out Perranoski at third. LeJohn grounded to short to end the Dodgers’ inning. The Giants were scoreless in the bottom of the inning.

For Perry the wheels came off in the top of the 15th. With one out, Fairly singled and Johnson parked one in the left-field bleachers. Parker, Davis, and Roseboro each singled, scoring Parker and putting the Dodgers ahead 8-5.

Perranoski retired the Giants with little effort in the bottom of the inning, giving up only a walk to second baseman Hal Lanier. Jim Davenport, batting for defensive hero Alou, flied out to center to end the game.

With the first game of a four-game series complete, the standings had changed, if only slightly. The Dodgers, with their victory and a loss by Milwaukee, held a half-game lead over the Braves. The Giants remained in third, now 1½ games behind the Dodgers and a game behind the Braves. The Reds kept pace by virtue of Jim Maloney’s 10-inning no-hit victory over the Cubs.

The Dodgers produced 20 hits in the game. Catcher Roseboro observed: “Seems like we haven’t had 20 hits all year, let alone in one game.”14

On the Giants’ side, skipper Franks complimented Perry on his performance. Jesus Alou, Matty’s brother, who was sidelined by an injury, expressed the consensus appreciation for Matty’s defensive efforts: “Mateo, he throw good.”15

The Giants won the following day and the Dodgers took an extra-inning win on Saturday. The August 22, 1965, game — won by the Giants — was the one in which Juan Marichal attacked Dodgers catcher John Roseboro with a bat.

This was the last major-league game I attended with my father. So far as I recall, neither of us cast a ballot for Miss Candlestick.

In addition to the sources cited in the Notes, the author used the Baseball-Reference.com and Retrosheet.org websites for material pertinent to this article. F. Geoffrey Dunham provided proofreading assistance.

13 “[I]t doesn’t hurt when I pitch, but I know I’ve got it when I try to run,” Drysdale told Chronicle writer Art Rosenbaum. San Francisco Chronicle, Sporting Green 49, August 20, 1965.