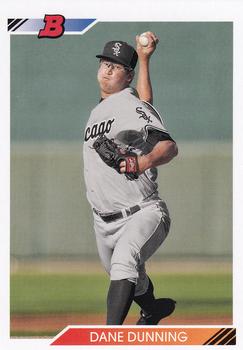 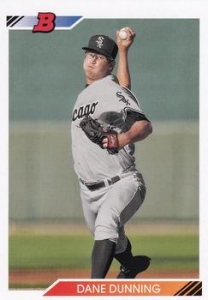 The Chicago White Sox (13-11) were looking for a series win against the Detroit Tigers (9-12). The White Sox had taken the first two of the four-game series. It was a beautiful night in Chicago. At 73 degrees it was even a bit cool for August.

Perhaps that would help the starting pitchers since both Dane Dunning for the White Sox and Casey Mize for the Tigers were making their major-league debuts.1 Expectations were high. Both were first-round picks: The Nationals had drafted Dunning out of the University of Florida in 20162 and the Tigers had selected Mize, an Auburn University product, with the first overall pick in 2018.3

Due to the 2020 COVID-19 protocols, there were no live fans in the stands. But Dunning’s family was in attendance – in the form of several rows of flat fans.4 Mize’s family came to Chicago to be nearby even though they could not be in the ballpark.

Jeimer Candelario hit the 25-year-old Dunning’s first pitch of the game off the right-field wall for a double. Dunning wasn’t flustered: He proceeded to strike out Niko Goodrum. Dunning got the ball back and threw it to the authenticator in the dugout. He wasn’t flustered by 18-year veteran Miguel Cabrera, either: He induced a popup. Although Dunning threw a wild pitch to Jonathan Schoop, allowing Candelario to take third, Schoop grounded out, leaving him there.

Mize, 23 years old and on a major-league mound after only 26 minor-league games, also allowed one baserunner (a single by José Abreu) and collected his first strikeout (Yoán Moncada). He also struck out Eloy Jiménez.

Dunning struck out Victor Reyes to start the second inning. The catcher almost threw the ball around the infield, but caught himself in time – that wasn’t permitted in 2020.5 Jorge Bonifacio, in his first plate appearance in 2020,6 struck out as well. JaCoby Jones grounded to third to give Dunning a clean inning.

The White Sox got on the board in the bottom of the second. Edwin Encarnación hit a leadoff homer into left. He circled the bases as usual, as if he had a parrot riding on his right arm.7 Nomar Mazara doubled to deep left field on the next pitch. The Tigers got lucky: Danny Mendick chopped back to the pitcher and Mize’s throw easily beat Mazara to third. Zack Collins,8 appearing in his ninth game of the year and still hitless, struck out. Adam Engel hit a long foul down the first-base line. Right fielder Bonifacio made the catch jumping into the netting protecting the flat fans. It was a legal catch since the ball never touched the net.

Neither team reached base in the third: Dunning struck out the side and Mize collected two more strikeouts.

Dunning got a scare in the fourth. Cabrera hit a one-out comebacker right at him, but he got his glove up just in time to protect his face. Schoop and Reyes singled but Dunning struck out Bonifacio for his seventh strikeout.

All Mize allowed in the bottom of the fourth was a single by Jiménez. He was credited with his sixth strikeout when Encarnación was called out on a not-checked swing.

Both pitchers ran into trouble after four solid innings and had to be replaced in the fifth inning.

Jones was credited with an infield single when shortstop Tim Anderson couldn’t handle the ball. Grayson Greiner gave Dunning another scare with a 104 MPH comebacker at his face. Again he got his glove up just in time, walked off the mound smiling (perhaps at his skill – or luck). Dunning tried to pick off Jones at first but somehow the ball, Abreu’s glove, and the runner got tangled up. At the end of the play the glove was on the ground, the ball was up the first-base line, and Jones was on second. It was charged as an error on Dunning. After Isaac Paredes walked, Candelario homered. Engel jumped and reached back over the right-field wall but missed the ball by inches. The home run put the Tigers up 3-1 and ended Dunning’s outing.

Dunning was replaced by another rookie, Matt Foster, who sported a 0.00 ERA in 10⅔ innings pitched. He kept that intact with a strikeout and a groundout to end the inning.

Collins finally got his first (and only) hit of 2020 to open the home half of the fifth – a double into the right-field corner. After Mize struck out Engel for his seventh strikeout, Anderson singled into left between two diving defenders, scoring Collins. Anderson stole second, putting him in position to score on Moncada’s single.

That ended Mize’s debut. José Cisnero got the last two outs, but the score was tied, 3-3.

Foster continued pitching the top of the sixth. Although he walked the leadoff man, Reyes struck out and Bonifacio grounded into a double play, allowing Foster to keep his ERA unsullied.9

Cisnero had no trouble with the White Sox in the bottom of the sixth: Encarnación and Mazara struck out, and Mendick’s fly ball fell into Bonifacio’s glove in right without the fielder having to move.

Steve Cishek, the well-traveled side-arming former closer,10 worked a three-up, three-down inning in the top of the seventh.

Bryan Garcia, pitching in only the ninth game of his big-league career, also worked a clean inning.

Evan Marshall pitched a one-two-three top of the eighth, but it wasn’t easy. First Candelario knocked one up the middle between his legs but shortstop Anderson fielded it in time for the out at first. Marshall struck out Goodrum but it took 11 pitches to do it. At least Cabrera’s groundout was routine.

The White Sox finally broke the tie in the bottom of the eighth against Gregory Soto. Abreu hit a one-out homer just over the fence in right. Encarnación knocked a two-out homer well into the empty left-field stands, giving his “parrot” another trip around the bases. It was his 37th multi-homer game. Mazara grounded out, but the White Sox had a 5-3 lead.

The White Sox closer, Alex Colomé, took the mound looking for his sixth save in as many chances. He got it. Schoop flied out, Reyes swung at a 58-footer in the dirt, and pinch-hitter Christin Stewart flied out.

This was the first game since at least 1901 with two pitchers making major-league debuts and striking out at least seven batters apiece.12 Although their debut stat lines were virtually identical13 (4⅓ innings pitched, 73 pitches, seven strikeouts, one home run allowed, three earned runs allowed), their rookie years diverged from there. Both made seven total starts, but Mize finished 0-3 with a 6.99 ERA and Dunning finished 2-0 with a 3.97 ERA.

In addition to Retrosheet and Baseball Reference, the author viewed the TV broadcasts of the game at MLB.com.

1 Dual debuts were not that rare: The most recent one before this game was on July 10, 2018, when Drew Gagnon of the Mets and Enyel De Los Santos of the Phillies faced off in their debut game.

2 Dunning was traded to the White Sox on December 7, 2016, along with Lucas Giolito and Reynaldo Lopez. The Nationals received Adam Eaton in return.

4 During the 2020 season most major-league teams created laminated plastic “fans” to occupy the otherwise empty stadium seats. Fans provided photos of themselves, their relatives, or their pets. The cost was often donated to the team’s charitable affiliate. Some teams installed photos of the players’ families near the home dugout. See, e.g., Bill Shaikin, “Dodgers Sell Seats Outfitted with Cutouts of Fans’ Faces,” latimes.com, July 14, 2020.

5 Under the 2020 COVID-19 protocols, once a player other than the pitcher and catcher had handled the ball, it had to be taken out of play.

6 After a decade with in the Royals organization, he had signed with Detroit in the offseason as a free agent.

8 Collins had caught Dunning in A and Double A, perhaps explaining his inclusion in this game’s lineup. This was his last game of the 2020 season.

9 He finally allowed an earned run two games later, finishing the abbreviated 2020 season with a 2.20 ERA in 28⅔ innings pitched.

10 Cishek broke in with the Marlins in 2010, pitching for the Cardinals, Mariners, Rays, and Cubs before landing with the White Sox in 2020.

11 In 2020, the playoffs were expanded so that the wild card was a three-game series rather than just a single game.

13 Mize faced one more batter (20 to Dunning’s 19) and allowed two more hits (seven to Dunning’s five). Their pitch selection was also quite different: Dunning threw 41 percent fastballs compared with only 14 percent fastballs for Mize. Mize mixed his pitches, throwing sinkers, sliders, splitters, and curves as well as his fastball. baseballsavant.mlb.com/gamefeed?game_pk=631497&game_date=2020-8-19.