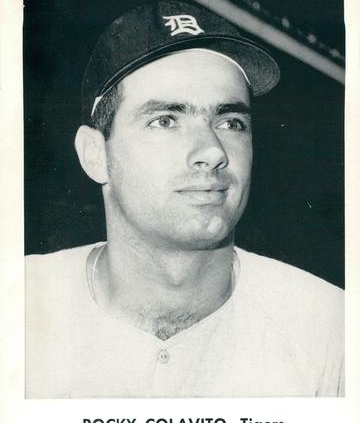 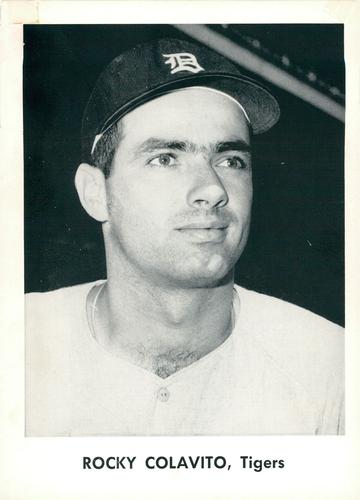 It was hot and humid in Washington when the Detroit Tigers took the field against the Senators for a doubleheader on Sunday, August 27, 1961. They were hoping to make ground on the New York Yankees as they prepared to play a doubleheader. (The second game was a makeup of a rainout on June 21.)

The Tigers were 17-7 so far in August and 81-45 for the season, two games behind the Yankees. The expansion Senators had won just five games in August and were on a seven-game losing streak.

Detroit won the first game on Friday. Jim Bunning pitched eight innings, shutting out the Senators 6-0 before the game was ended in the ninth by rain. Saturday’s game was rained out and rescheduled for Monday.

Tigers fans were counting on their pair of sluggers, Rocky Colavito and Norm Cash, to help the team keep pace with the Yankees. While much had been made about the “M and M boys,” as Roger Maris and Mickey Mantle were called, the Tigers had their own offensive weapons. “We call them the C and C boys,” said one Tigers fan.1

Both players were considered MVP candidates. The MVP race was considered as “hot as the current pennant race between the Yankees and Tigers.”2 Cash had 31 home runs and the AL’s highest batting average (.364) when the team arrived in Washington. Colavito had 34 home runs and 112 RBIs.

Bennie Daniels started for the Senators. Daniels had been the team’s best starter all season. He entered the game with a, 8-7 record and a 3.33 ERA, and was perhaps the Senators’ best hope to break their losing streak.

But Daniels stumbled early. With one out in the first, he walked two batters. Colavito flied out but Cash doubled to bring home both runners. Dick McAuliffe tripled, scoring Cash, and the Tigers had a three-run lead.

Don Mossi took the mound for the Tigers. After picking up three complete-game wins at the beginning of August, he had run into a stretch of bad luck. Mossi lost an opportunity for a win on August 19 when he gave up a home run to Boston’s Frank Malzone in the top of the ninth. He lost his next outing, on August 23, and was looking to end the month on a positive note.

The Senators got on the scoreboard in the third inning when Bud Zipfel singled to start the inning, went to third on Chuck Cottier’s single, and scored on Daniels’ sacrifice fly to left field.

The Tigers added to their lead in the fifth. Frank House led off with a single and went to second on Mossi’s sacrifice. Jake Wood’s triple brought House home and Bill Bruton’s sacrifice fly drove in Wood to give the Tigers a four-run lead.

Colavito added to the lead in the sixth with a leadoff line drive into the front row-seats of the left-field bleachers for homer number 35.

Daniels was removed for a pinch hitter in the seventh. Pete Burnside pitched two perfect innings before Johnny Klippstein took over in the top of the ninth and surrendered McAuliffe’s second triple of the game. He scored the Tigers’ seventh run when Chico Fernandez singled.

Mossi took the mound in the bottom of the ninth looking to get his 11th complete-game victory of the season. He got into trouble almost immediately when Bob Johnson led off with a double. When Willie Tasby then hit a bouncer down the line at third, McAuliffe threw the ball wide, pulling Cash off the bag. Cash tried to save the play with a tag.

When umpire Harry Schwartz called Tasby safe, Cash kicked the dirt disgustedly. Tigers manager Bob Scheffing came out to question the call, to no avail, and the Senators had runners at the corners.

Johnson scored on Harry Bright’s groundball to short. Tasby went to second and came home when Zipfel singled to right field. As Mossi tried to regain his composure, Zipfel stole second. When Cottier singled, Zipfel scampered home and the Senators were now just three runs behind.

Tigers manager Bob Scheffing pulled Mossi and called on Terry Fox to close the deal. Fox surrendered a Senators single to Woodling and was replaced by Gerry Staley. Staley struck out Chuck Hinton for the third out, giving the Tigers a 7-4 win to keep pace with the Yankees.

In the second game, the Tigers faced the Senators’ Dave Sisler. Sisler had worked out of the bullpen since 1959 but manager Mickey Vernon called on the reliever for his first start of the season.

Sisler made it unscathed through the first two innings. Mike Roarke singled to lead off the third, went to second on a sacrifice bunt, and scored on Jake Wood’s single.

Colavito, leading off the fourth, blasted the ball 400 feet over the left field wall, about halfway up the bleachers. It was home run 36 for the season.

While the Tigers were hammering away at Sisler, Paul Foytack kept the Senators in check. His previous outing was a five-hit, one-run complete-game victory against the Indians. Tigers manager Scheffing said after the game, “When you get good pitching like we’ve been getting, it gives the whole team a lift.”3

Detroit broke the game open and sent Sisler to the showers in the fifth. The trouble started after Sisler hit Bruton with a pitch. Bruton suffered a ruptured blood vessel in this right forearm and was pulled from the game. The next batter, Al Kaline, doubled to left field. With two runners in scoring position, Colavito connected and sent the ball sailing over the Tigers’ bullpen. The three-run blast, Colavito’s 37th home run of the season, gave the Tigers a five-run lead.

When Norm Cash followed Colavito and tripled, Sisler was pulled for Marty Kutyna. Kutyna gave up a double to McAuliffe that brought Cash home to give the Tigers a 6-0 lead.

In the sixth, Woods tripled and scored when shortstop Bob Johnson mishandled a grounder. A single by Kaline brought home one more run and made it 8-0.

Foytack gave up hits in the first three innings before settling down and silencing the Senators bats for the rest of the game, except for the sixth inning, when Washington scored its only run, on singles by Gene Woodling and Gene Green and a double-play grounder by Johnson.

Foytack’s pitching motivated the Tigers. Scheffing remarked later, “The batters know that they’re going to be in the game even if they don’t get any runs in the early innings. They know that they’ll have a chance to catch up or break the game open.”4

After Kutyna was removed for a pinch-hitter, Vernon sent Mike Garcia to pitch the final two innings. The first batter he faced, Bubba Morton, hit “one of his specialties – a half-swing single to right”5 in the eighth. Colavito came to bat with two outs and hit a drive about eight rows up in the left-field bleachers, close to where his second round-tripper had landed. The home run brought his total to 38 for the season.

“Nobody had more fun, or was more menacing, or received more cheers from the crowd of 10,542 than The Rock. And Rocco Domenico Colavito hit a couple which were almost as long as his name,” wrote Joe Falls of Colavito’s batting.6

With the score now 10-1, Foytack gave up a leadoff single in the eighth but a double play snuffed out the threat. In the bottom of the ninth, Foytack quickly retired the side on two popups to shortstop and an easy fly ball to right field.

Scheffing lavished praise on Foytack. “Good pitching helps your fielders too,” the manager said. “They’re always on their toes because they know that the pitchers are keeping the ball around the plate. That’s why we’ve been making so many good plays lately. The guys expect the ball to be hit and when it is, they’re ready to get it.”7

Foytack’s win, his ninth of the season, was the 50th complete game by Tigers starters in 1961. (They finished with a league-leading 62.) Delighted with the victory, Scheffing said, “Our guys are playing their best ball of the season. They’re running, breaking up plays, getting the hits at the right time – and what pitching!”8

The win was the Tigers’ ninth victory in 10 games. The sweep extended the Senators’ losing streak to nine games. (They would lose five more before a victory over Chicago ended the streak at 14; after the win, they lost another 10 in a row.) Cash and Colavito’s exploits continued to give Tigers fans hope that their team might push past the Yankees, but it didn’t happen.

The “C and C boys” were the most potent offensive weapons to have worn Tigers uniforms since Hank Greenberg and Rudy York back in the 1930s. Greenberg and York knocked in 91 home runs in 1938 for the Tigers. The four home runs brought Colavito’s total to 38 for the season and raised his RBI count to 119, tying him with Maris for the league lead. Cash, who had a single, double and triple, maintained his league-leading batting average.

In his game account, Joe Falls of the Detroit Free Press wrote, “The hot-water boiler blew up under the stands at Griffith Stadium Sunday and authorities were wondering what caused the explosion. Was it the heat? Was it the humidity? Or was it Rocky Colavito’s bat? All three were blazing hot.”9