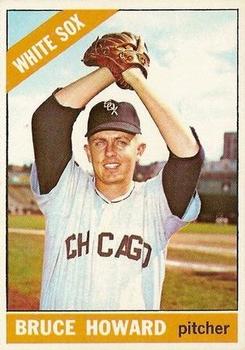 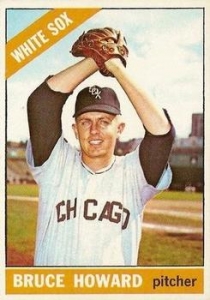 As August 1966 was about to turn into September, the chase for the American League pennant had deteriorated into a race for second place behind the Baltimore Orioles. The White Sox hosted the Minnesota Twins in a Sunday doubleheader at Comiskey Park on August 28 that was attended by 21,576 fans who got more innings than those for which they had bargained. At the end of play, the White Sox with a sweep, both wins in extra innings, had moved into fifth place, within 15½ games of the league lead and three games behind the second-place Tigers. The Twins, despite the losses, were in third place, two games behind Detroit.

The White Sox started the day in sixth place, largely for failing to win against the Twins during the season. Of the 13 contests between the two clubs, Minnesota had won 12.

In the first game, Bruce Howard of the White Sox pitched against Mudcat Grant of the Twins and the two engaged in a pitchers’ duel. Chicago, after being held scoreless in the first two innings, got on the scoreboard in the third inning. A leadoff single by Pete Ward was followed by a triple down the left-field foul line by Al Weis, giving the home team a 1-0 lead. Weis tried to score on a grounder by Tommie Agee, but was thrown out by the Twins’ shortstop, Zoilo Versailles. On the play, Twins catcher Earl Battey, making the tag, sustained a broken blood vessel in the thumb of his left hand. He came out of the game in the middle of the fourth inning and missed four games before returning to the lineup.

Chicago wasn’t finished threatening in the third inning. After Agee stole his 34th base of the season and the White Sox loaded the bases on a walk to Don Buford and a single by Jerry Adair,  the threat died when John Romano flied out to center field.

Howard was helped by a defensive gem in the fifth inning. With one out, Cesar Tovar singled to left field. With Jimmie Hall at the plate, pitcher Howard had Tovar picked off but threw the ball away and Tovar was safe at second. Then catcher Romano tried to pick Tovar off at second but threw the ball into center field. Tovar tried to score, but center fielder Agee gunned down him at the plate, and the score remained 1-0.

Howard preserved his shutout until the top of the sixth inning when, with one out, Harmon Killebrew of the Twins homered to tie the score. Howard’s effectiveness diminished in that inning and the Twins loaded the bases with two out. Dennis Higgins came in to pitch for Chicago and retired Grant on a grounder. The score remained 1-1 as the game headed to the bottom of the seventh.

Grant showed no signs of letting down and kept Chicago from doing any further scoring through the 10th inning. He was in position to get his 11th win of the season when the Twins scored a pair of runs in the top of the 11th. By then Juan Pizarro, Chicago’s fourth pitcher, was in the game.  Pizarro retired the first two batters in the inning and then walked Zoilo Versailles. That brought up Grant. His slow grounder to third baseman Don Buford was mishandled, and Cesar Tovar walked to fill the bases. Rich Rollins pinch-hit for Jimmie Hall and singled in Grant and Versailles.

Grant was not able to hold the lead in the bottom of the 11th. With two out, Pete Ward beat out a bunt and pinch-hitter Wayne Causey singled to center field. The Twins then made a pitching change. Al Worthington entered the game. The first batter to face Worthington was the White Sox’ 39-year-old pinch-hitter deluxe, Smoky Burgess. Burgess singled to center field for his 17th pinch-hit of the season. Ward scored from second and when the ball skipped through center fielder Ted Uhlaender’s legs (his first error of the season), Causey scored the tying run. Worthington then worked around a single to Agee, getting Buford to hit a comebacker that ended the inning.

As part of a multiplayer switch with one out and one on in the top of the 12th inning, Joe Horlen came on to pitch for the White Sox and kept the score tied at 3-3. In the bottom of the 14th inning, the White Sox threatened as singles by Jerry Adair and Bill Skowron put runners on first and second with two outs, but Pete Cimino, the third Twins pitcher, struck out Tom McCraw to send the game to the 15th inning.

Horlen pitched a hitless 3⅔ innings, wrapping things up by retiring the side in order in the top of the 15th. In the bottom of the 15th, Chicago finally broke through against Twins reliever Cimino, who was in his third inning of relief. Once again, the White Sox scored with two outs. Causey walked and took off for second on a steal attempt. Cimino’s pitch was wide of the plate and was beyond the reach of catcher Russ Nixon. Causey was credited with a stolen base, and the Twins elected to walk Burgess, who had gone behind the plate after entering the game as a pinch-hitter. Agee broke things up with a single to left field on the first pitch, scoring Causey with the winning run.

Horlen’s win was his eighth of the season against 12 losses. Cimino’s record went to 1-5.

In the second game, Twins manager Sam Mele intended to start Camilo Pascual, but Pascual asked out of the assignment, suffering from a sore arm. Pascual had been experiencing arm problems since May, and Mele had hoped to give his one-time ace an opportunity to get his first win since June 28. The Twins started Dwight Siebler. The White Sox countered with Jack Lamabe.

The Twins broke out on top as Harmon Killebrew hit his 30th homer of the season, a two-run shot in the first inning. Scoring ahead of Killebrew was Tony Oliva, who had singled with two outs. Chicago wasted no time in evening things up. Leadoff batter Wayne Causey walked and scored on a triple by Don Buford. Buford scored on Pete Ward’s one-out sacrifice fly and the game was knotted after one inning. After a scoreless second, the Twins regained the lead in the third inning on a three-run homer off the bat of Oliva following hits by Cesar Tovar and Jimmie Hall.  Once again, the White Sox countered quickly. Causey opened the bottom of the inning with a single and moved to third when Don Buford walked and Tommie Agee hit a fly ball to center field. With Pete Ward at bat, Buford stole second and Ward’s fly ball to center field brought home Causey. A single by Tom McCraw scored Buford, making the score 5-4. Manager Mele replaced Siebler with Pascual at that point, as he was short on pitchers and had little in the way of alternatives. There was no further scoring in the inning.

An inning later, the Sox manufactured a run to tie the game. John Romano, who had four hits in the game, opened the bottom of the fourth with a single and went to third on a sacrifice bunt by Lamabe and a fly ball by Causey. First baseman Don Mincher mishandled a grounder by Buford, and Causey came home with the tying run. Lamabe and Pascual pitched a scoreless fifth inning, but the White Sox pushed across a run to take the lead in the sixth inning. Jerry Adair and John Romano singled to open the inning and moved up when Lamabe executed his second successful sacrifice bunt in as many at-bats. Causey’s fly ball scored Romano and the White Sox had their first lead of the game.

Lamabe ran out of gas in the seventh inning. Hall singled to center field and was sacrificed to second by Oliva. Walks to Killebrew and Mincher filled the bases and veteran Hoyt Wilhelm came on in relief. Ted Uhlaender’s fly ball, the fourth sacrifice fly of the game, scored Hall with the tying run. Wilhelm and Pascual kept the score tied through the ninth, and the game went into extra innings.

In the top of the 10th, Uhlaender was on third base with one out, but Zoilo Versalles struck out. Manager Mele said, “He was trying to hit the ball over the roof with that swing of his. All we needed was a fly ball.”1 Uhlaender was stranded at third when Rich Rollins flied out to center field. Al Worthington replaced Pascual in the bottom of the 10th and retired the White Sox in order.

In the top of the 11th, Wilhelm retired the Twins in order. The knuckleballer had allowed only two hits in 4⅔ innings. Although he had allowed an inherited runner to score in his first inning of work, he was in control thereafter, striking out three and walking none. He would not have to throw another pitch. Jerry Adair led off the bottom of the 11th with a homer off Worthington on a 1-and-1 pitch, and the White Sox had the sweep, winning both games in extra innings in their final at-bat. The run off Worthington was the first he allowed Chicago in five 1966 appearances, and the loss took his record for the season to 4-3. Wilhelm’s win was his second of the season (he had not lost a game), and his ERA dropped to 1.41.

Killebrew’s homers, one in each game, brought his career total to 327. By the time his career ended in 1975, he had 573 homers, the most (at the time) by a right-handed hitter in the American League. Of those, 27 were at Comiskey Park.

Pascual’s 6⅓ innings represented his best performance since June 28. He had been experiencing arm problems since May, had sat out the month of July and had made only two appearances (totaling 3⅓ innings) in August. He was very much encouraged by his effort, saying, “This is my best game since I had arm trouble. I threw the ball past hitters with good fastballs several times. But I have thrown better on the sidelines in the past week. When you get in a game you try so hard sometimes you are just not right. I was getting my curve over, and my change of pace pitch.”2

Pascual made only one more appearance in 1966, a start on September 5, in which he yielded four runs before leaving the game with one out in the seventh inning.

Versalles, whose strikeout in the 10th inning gave him 18 hitless at-bats since August 24, had seen his star diminish after winning the American league MVP Award the prior season. He was relegated to the bench. His 0-for-7 performance in the doubleheader with a caught-stealing did not help his status.

Wilhelm was on his way to establishing records for longevity. He pitched through 1972 and when he appeared in the final game of his career on July 10, 1972, he was 16 days shy of his 50th birthday, making him the third oldest pitcher in major-league history. He had appeared in 1,070 games as a pitcher, becoming the first pitcher in major league history to eclipse the 1,000- game plateau.

The win brought the White Sox record to 68-64. Chicago would split its last 30 games and finish the season in fourth place, 15 games behind the Orioles. The White Sox had last won a World Series in 1917 and would next win a championship (in 2005) long after all the players who played on August 28, 1966, were retired. Their 88 years of futility is the all-time record for an American League team.

The Twins went on a spurt after the double-loss, winning 20 of their last 30 games, but they were unable to make a serious dent in Baltimore’s league lead. They finished in second place, nine games behind the eventual world champions.