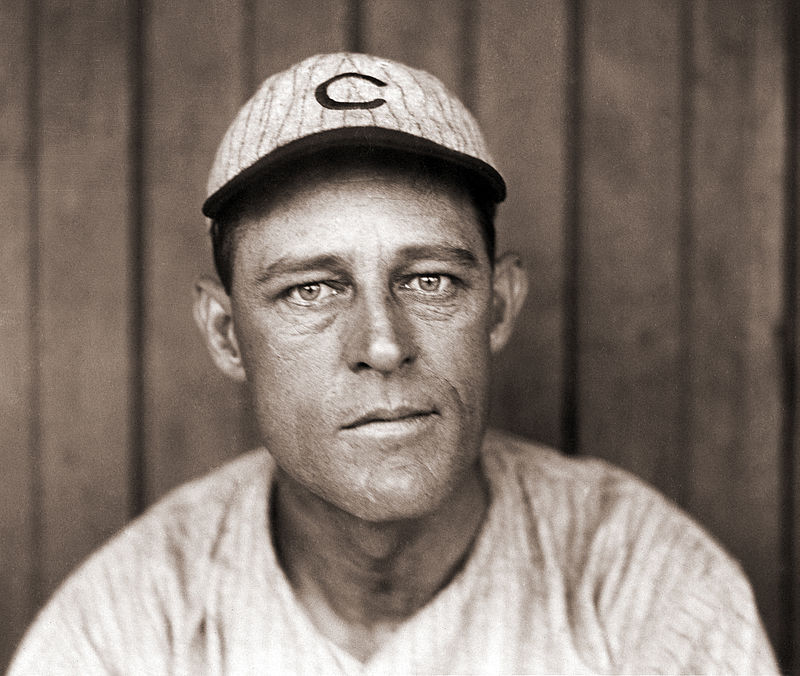 On this date, the Cubs won both games of the doubleheader. In the first game they won 1-0 with Three-Finger Brown the winning pitcher and Johnny Lush the losing pitcher. Harry Steinfeldt scored the only run, in the top of the seventh inning. The second game was notable because of a series of events during a play in the top of the ninth inning, with the Cubs batting.

With Ed Reulbach pitching for Chicago, the Cubs were leading 5-0 going into the inning. The Phillies had come close to scoring only once. In the bottom of the third inning with two outs, center fielder Roy Thomas singled to center field. Phillies second baseman Kid Gleason hit to Cubs shortstop Joe Tinker, who threw wild to first base and Thomas went to third. The Phillies tried a double steal; Gleason was safe at second but Thomas was thrown out at the plate, Cubs catcher Pat Moran to Joe Tinker back to Moran, who tagged Thomas out.

For the Cubs, with one out in the top of the first inning, a walk to third baseman Harry Steinfeldt, a bunt single by manager-first baseman Frank Chance and a double to center field by second baseman Johnny Evers scored Steinfeldt with the first run of the game.

In the fourth inning with one out, Steinfeldt was hit by a pitch, Tinker advanced him to second with a single to center, and Evers brought both runners home with a double to right field.

In the sixth inning Steinfeldt led off with a single to left, Tinker reached on a bunt single, Evers sacrificed both runners along, and Steinfeldt scored on a fly to center field by catcher Moran.

In the top of the ninth, Cubs center fielder Jimmy Slagle led off with a single to left field. Left fielder Jimmy Sheckard reached in an infield single to first base, with Slagle going to second. Right fielder Frank “Wildfire” Schulte bunted safely and the bases were loaded. Frank Chance fouled out to third baseman Courtney. Harry Steinfeldt walked to force in a run. Then followed the strange series of events. Joe Tinker grounded to Mickey Doolan at shortstop. Doolan threw to second baseman Gleason for the force on Steinfeldt. Gleason threw to first baseman Kitty Bransfield trying for a double play, but the ball hit Bransfield on the knee and bounded away. Sheckard scored from third and Schulte crossed the plate from second.

While Bransfield and pitcher Charlie Roy went after the ball, Tinker ran for second and was caught in a rundown. Steinfeldt, who did not realize that he had been called out at second by umpire Bill Carpenter, kept running for home. Depending on which newspaper account was correct, either Bransfield or Roy threw home (official National League sheets have Bransfield with an assist for this play). Steinfeldt was again called out (this time by home plate umpire John Conway.)

When the official scorers tried to add up the final totals, they realized that only two Cubs had been put out and three runs had scored in the top of the ninth. To allow for this, it was decided that Steinfeldt was out at second, Schulte out at home and only two runs scored in the inning. The official league sheet totals for both teams reflected this decision.

Since the additional run and additional out did not affect the outcome of the game, there was no protest and the Cubs won the game 7-0 instead of 8-0. After the game base umpire Bill Carpenter and home-plate umpire John Conway both agreed that each was unaware of the other’s out call of Steinfeldt at both second base and home plate.