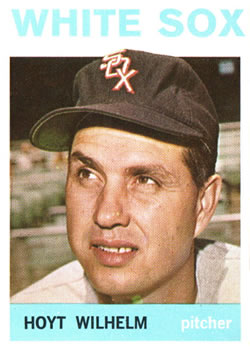 The last Saturday in August of 1963 brought an afternoon match at the Met between the Minnesota Twins and the visiting Chicago White Sox. An announced crowd of 23,415 came out to the ballpark for this, the second of a three-game series. Minnesota, at 75-58, had won three in a row and six of its last seven games. The second-place Twins had been hammering opposing pitching, hitting home runs in each of their previous 10 games; in fact, they had crushed 24 home runs in that span, including a season-high and team record eight round-trippers against the Washington Senators on August 29.1 In 133 games so far in the season, the Twins had scored 642 runs, highest in either league. In 12 games against the White Sox prior to this one, the Twins had hit 16 home runs off Chicago pitching.

Chicago, at 75-59, was a half-game behind the Twins, and its chances (as well as the Twins’ chances) of catching the first-place New York Yankees were slim. The White Sox had clubbed only six home runs in their last 10 games. However, they had won five of their last six contests, and both teams sought to continue their winning ways.

Minnesota manager Sam Mele called on left-hander Dick Stigman for the mound duties. He was in his second year with the Twins. Although he had won his previous start, against the Washington Senators, Stigman’s record was 13-13, with a 3.25 earned-run average. He was opposed by Chicago’s Joe Horlen. Horlen was in his second full big-league season. He had split time as a starter and a reliever for manager Al Lopez. Horlen, sporting a 3.70 ERA, had also won his previous start (against the Cleveland Indians), notching his seventh victory against five defeats.

After Stigman retired the White Sox in order in the top of the first, the Twins threatened in the bottom half. With one down, Rich Rollins and Jimmie Hall singled, but Horlen struck out Harmon Killebrew and got Don Mincher to fly out to center to end the inning.

Two innings later, the Twins put two more runners on base. Stigman led off with a single up the middle. Hall singled after two fly outs, and Killebrew again left two runners on base when he grounded a ball to short for a force out of Hall at second base.

In the sixth, Minnesota again created an opportunity. Hall doubled to left with one out, bringing Killebrew into the batter’s box with a runner in scoring position for the third time. Killebrew checked his swing but “smashed the ball back at Horlen, who knocked it down with his bare hand.”2 The pitcher then picked it up and tossed to first in time to get Killebrew for the second out. Mincher grounded out to second for the third out.

In the seventh, Horlen stopped another ball with his bare hand. With one out, Earl Battey lined a ball that deflected off Horlen to Chicago shortstop Ron Hansen, who threw to first in time to get Battey. Back in the dugout after he had retired Zoilo Versalles for the third out, Horlen told manager Lopez that he had injured the index finger on his pitching hand and “couldn’t grip the ball properly.”3 He had yielded six hits (five singles) in seven innings of work, with only Hall’s double since the third inning. This meant Lopez had to make a call to the bullpen.

Hoyt Wilhelm entered the game to pitch the eighth inning. The 41-year-old Wilhelm was in his first season with Chicago. He had been traded from Baltimore with Dave Nicholson, Pete Ward, and Hansen to the White Sox in exchange for Luis Aparicio and Al Smith on January 14, 1963. He faced Stigman to lead off the bottom of the eighth for Minnesota. Stigman, batting right-handed, grounded out to short. Wilhelm then struck out Bernie Allen and Rollins.

For the Twins, Stigman was better than Horlen, allowing only one hit (a second-inning single by Jim Lemon) and one walk (to Jim Landis in the fourth) through the first six innings. Nicholson singled in the seventh and Nellie Fox singled in the eighth, but Chicago could not mount any threat in either inning and both men were left on base. Stigman had surrendered only three hits, all singles. Although Stigman had allowed one walk, no White Sox runner had even reached second base. The pitchers’ duel now entered the ninth inning with the game still scoreless. That changed in a hurry.

On back-to-back pitches, the White Sox won the game with the long ball. Landis, coming into the game batting .234, led off the ninth inning and sent a Stigman fastball deep into the left-center-field seats. It was his 12th home run of the season. On the next pitch, Floyd Robinson pulled the ball into the right-field stands; it was his ninth of the year and the 26th homer allowed by Stigman. This must have rattled Stigman. Although he retired Nicholson on a line out and struck out Lemon, he walked Ward, prompting skipper Mele to make the call to the bullpen. Bill Dailey entered the game, making his 53rd appearance of the year. Dailey quickly retired Hansen, who lined out to shortstop Versalles for the third out.

Wilhelm made quick work of the Twins batters in the final frame. Hall, Killebrew, and Mincher  were three-up and three-down, as Chicago won the 2-hour, 15-minute game. Robert Markus, beat writer for the Chicago Tribune, summed up the action, writing, “Joe Horlen and Hoyt Wilhelm turned the Minnesota Twins’ heavy artillery into pop guns and the White Sox let loose two long-range missiles of their own”4 as Chicago bested Minnesota, 2-0. The White Sox had beaten the Twins with their own brand of baseball, the home run.

Landis’s homer to left field was measured at 386 feet. Robinson’s shot to right field was charted at 352 feet.5 After the game, Lopez told reporters, “I do know Landis always hits well at the Met.”6 Landis added, “This ain’t no bad little ball park to hit in.”7 His average against Minnesota at Metropolitan Stadium through six games in 1963 was .269 (7-for-26), more than 30 points above his overall average. The next day he went 2-for-5 with another home run.

Minnesota’s 10-game home run streak was halted. As a team, the Twins belted 225 home runs in 1963, led by Killebrew’s league-best 45. They set a franchise record that stood for 56 seasons. That mark was demolished in 2019, when the Minnesota sluggers hit 307 home runs as a team, establishing a new major-league record. The White Sox hit only 114 home runs as a team in 1963. Landis and Robinson each contributed 13, accounting for about a quarter of the team total.

Both starters pitched well enough to win. There were only nine runners left on base in the entire game (four for Chicago and five for Minnesota). Rookie Jimmie Hall collected three of Minnesota’s hits off Horlen, raising his batting average to .272, but he was stranded on the bases every time.

Wilhelm earned his third win of the 1963 campaign. The knuckleball-throwing right-hander was used primarily as a reliever by Chicago, and this was his 43rd relief appearance of the season. Wilhelm had made two starts for the White Sox before this game, on July 7 (against the Boston Red Sox) and on August 23 (against the New York Yankees). The future Hall of Famer made his final career start on September 7, 1963, a week after this game. It was against the Twins at White Sox Park. He pitched eight innings and allowed one earned run on six hits and two walks. He did not earn a decision, as the game went into extra innings, with Minnesota winning 4-2.

Chicago’s win put the team back into second place in the American League standings; that’s where they would finish the year, while Minnesota settled for third place. It was only the second win of the season for the White Sox at Metropolitan Stadium.

1 As of the end of the 2019 season, this single-game record still stood. Further, the Twins hit eight homers in a game twice in 2019.

5 These measurements come from Markus’s article in the Chicago Tribune.