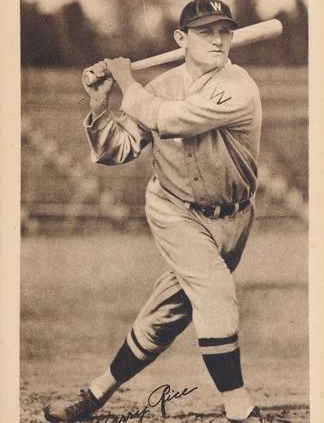 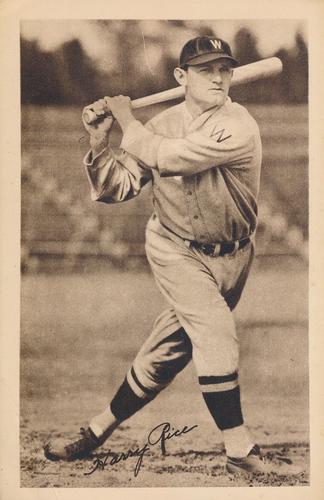 Before the season the consensus among sportswriters was that the Tigers, with a stern but fair manager in Bucky Harris, would finish fourth. After sweeping a doubleheader from Washington the day before, Detroit was in fifth place with a 49-52 record. “Shortstop has been our greatest weakness this season,” said Harris. “We thought (Heinie) Schuble would do, but he proved to be too unsteady.”1

Hopes had been high for the Senators during spring training. Walter Johnson was rewarded for his 21 years of service in Washington by being named the Senators’ manager. Although Johnson had no experience as a major-league manager, Washington fans were excited over his getting the job. Ironically, the man Johnson replaced was the current pilot of the Tigers.

In 1924 Bucky Harris was the Senators’ Boy Wonder manager at the ripe age of 27. In that season, as the manager and starting second baseman, Harris led the Senators to a surprising American League pennant and World Series championship. The following season, Harris’s Senators repeated as AL champions, but lost the World Series. Then the Senators began to decline, as did Harris’s popularity. The Boy Wonder became the scapegoat for the Senators’ deterioration and was ridiculed for hastily trading away popular infielder Buddy Myer and pitcher General Crowder. While Myer and Crowder starred in their new surroundings, the Senators posted a losing record in 1928, and Harris was fired.

Senators President Clark Griffith went to work on rebuilding the team by naming the popular Johnson as manager and trading five players to the Boston Red Sox to bring Buddy Myer back to Washington. With Myer’s return and a new spirit injected into the Senators, hopes were strong for 1929. But those expectations crashed into a cruel reality after the season began. On August 5 the Senators were in sixth place.

Washington’s disappointing season was fueled by several reasons, but mostly a lack of offensive production. The statistics in the August 4 Sunday newspapers showed that the Senators were sixth in team batting average and runs scored.2 Another chief factor was Walter Johnson, who most believed was too nice to manage. “I had my doubts about him as a manager,” admitted Senators coach Al Schacht. “I was afraid that the players might take advantage of him. That’s just what happened.”3

After a good turnout of over 15,000 for a twin bill on Sunday,4 this game’s attendance was sparse,5 unsurprising for a Monday and with two of the league’s lower-tier teams in action. The small crowd saw the Senators’ starter, left-handed hurler Lloyd Brown, retire the first two Tigers before Detroit second baseman Charlie Gehringer smacked one off the right-field scoreboard for a triple and outfielder Fatty Fothergill drill one into the gap in left-center field for an RBI double. Washington answered in the bottom of the first when leadoff batter Joe Judge walked and moved to third when he and Sam Rice executed a hit-and-run. After Goose Goslin, hitting 78 points lower than his league-leading .379 batting average in 1928, popped out, Buddy Myer hit a long out to left field, far enough to allow Judge to tag and score from third.

After Detroit failed to score in the top of the second, the Senators went to work against Tigers pitcher George Uhle. With one out in the bottom of the second, Joe Cronin tripled, and third baseman Jackie Hayes and Lloyd Brown walked, loading the bases. Judge followed with a fly ball to score Cronin from third and allow Hayes to take third. Hayes scored when Tigers catcher Eddie Phillips was charged with a passed ball. Rice followed with a walk, and then Goslin and Myer followed with RBI singles to tally the third and fourth runs of the inning.

With the score now 5-1, and with two runners on base with only one out, Harris replaced Uhle with Josh Billings. Washington center fielder Sam West greeted Billings with a drive down the right-field line for a two-run double. Catcher Bennie Tate singled to score West, and when Detroit center fielder Harry Rice booted the ball, Tate took second base. After Cronin walked, Tigers catcher Phillips thought he could catch a baserunner napping. He threw to first base, and might have had a pickoff, but first baseman Dale Alexander whiffed on the catch. As the ball rolled down the right-field line, Tate took off from second, rounded third and scored the eighth run of the inning. An error was charged to Alexander, but the catcher received the blame. Manager Harris immediately replaced Phillips.

With the game moving into the top of the third, and with the Senators owning a seemingly safe 9-1 lead, Washington fans were unsure. The day before the Nats squandered an 8-0 lead in a loss that capped their doubleheader sweep. Could the home team hold the early lead today? In the top of the third, Gehringer smacked his second three-bagger of the day and scored when Fothergill followed with a fly out. The home crowd must have worried when the next two batters singled, but Brown retired the next two to end the threat. The Senators scored two more in the bottom of the inning for an 11-2 lead.  Lloyd Brown tripled and scored on Judge’s fly out. Rice, Goslin, and Myer followed with singles for the other run. That was enough to convince Harris to replace Billings with Augie Prudhomme, the third Detroit pitcher of the day.

No runs were scored in the fourth inning. The Tigers scored one on the top of the fifth. In the bottom of the fifth, Goslin singled and Myer walked. They scored when West and Tate singled. With runners now on first and third, the Senators attempted a double steal. After Cronin swung and missed for strike three on the play, Catcher Merv Shea threw wildly to second base for another Detroit error. Sam West, the runner on third, scored to make it 14-3.

Hoping to avoid humiliation and make the final score respectable, the Tigers put two on base with two outs in the top of the sixth. Gehringer then came through with his third triple of the day to score both runners. In the bottom of the sixth, Brown, Judge, and Rice singled in succession to load the bases with nobody out. When Augie Prudhomme threw wide on the first pitch to Goslin, manager Harris sent Emil Yde in to pitch, a decision that made Prudhomme unhappy. In the dugout he confronted Harris, claiming he was not given a fair chance. “If you think you haven’t a square deal, you can take the train back to Detroit and tell Mr. Navin (Tigers owner),” replied Harris. The angry pitcher took his manager’s advice.6

With the bases loaded, no outs, and a new pitcher in the game, Goslin grounded out, scoring Brown. Myer then connected and drove one to the deepest point of the ballpark in right-center field for his third hit of the day. Two runs easily scored and Myer, one of the fastest in the American League, completed the circuit for a home run to give Washington 18 runs (two shy of Washington’s American League franchise record).7

Washington’s offense wasn’t finished. Harley Boss, sent in to take Judge’s place at first base, singled in the bottom of the eighth. Sam Rice followed with a grounder to Heinie Schuble, the Detroit shortstop whom Harris had considered disappointing. Schuble’s throw to first was wide for his 40th error of the season. Myer then slapped another hit to complete a 4-for-4 batting performance. Boss and Rice scored on the hit to give Myer seven RBIs in the game and the Senators a 20-5 lead. Then, to pad his stats, or perhaps to get revenge against Harris for trading him from Washington to the lowly Red Sox in 1927, Myer stole second. Sam West followed with a grounder to Schuble, who threw out West at first. Myer broke for third after the throw, and first baseman Alexander’s throw to cut him down was wild, the fifth Tigers error of the game. Myer got up from his slide and headed home to cap his great day and make it a 21-5 score.8 Myer, however, was just warming up. The next day in New York he would get four hits in his first four at-bats. Combined with a hit in his last at-bat on Sunday and his 4-for-4 on Monday, Myer’s four hits at Yankee Stadium gave him nine hits in nine consecutive at-bats.

Besides the sources cited in the Notes, the author consulted Baseball-Reference.com and Retrosheet.org.