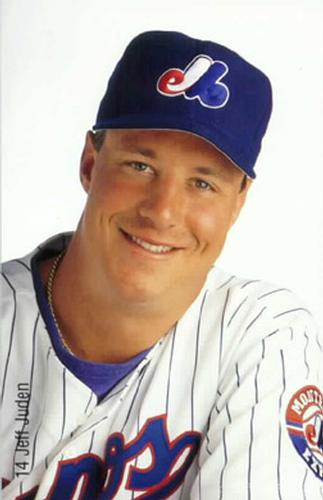 On Tuesday, July 1, 1997, Canada celebrated its 130th birthday and the major leagues’ only two Canadian franchises met in the second game of the first regular-season series between the clubs. It was the inaugural season of interleague baseball, which meant this was baseball’s first All-Canadian series. Unsurprisingly, the game drew a sellout crowd of 50,436 to the Skydome. It was the Blue Jays’ first sellout since Opening Day of the strike-shortened 1995 season, which was a stretch of 195 games.

The hometown fans were undoubtedly happy to see Roger Clemens on the mound that afternoon. It was the first of his two seasons in Toronto after his acrimonious departure from the Boston Red Sox, and the 34-year-old Clemens entered the game with a 12-2 record and a 1.79 ERA. In 1997 Clemens would lead the American League with 21 wins, a 2.05 ERA, 264 innings pitched, and 292 strikeouts. He won the first of consecutive Cy Young Awards he would win in Toronto and the fourth of the seven he would win in his career.

Opposing Clemens was Jeff Juden, a 26-year-old right-handed pitcher in his first full season with Montreal. The Expos had acquired Juden off waivers from the San Francisco Giants the previous season. An imposing presence on the mound, the 6-foot-7 hurler had thrown a complete-game victory over the Florida Marlins in his previous start, which boosted his record to 9-2.

The game was a special occasion for Juden: Clemens had been his boyhood hero while growing up in Salem, Massachusetts. Juden remarked, “I dreamed of [the chance to face Clemens] for a long time and it finally came true.”1 Juden also had a Canadian connection, as his father, Fred Juden, was born in Kingston, Ontario, and was sitting in the sellout crowd.

With a combined record of 21-4 between the starters, the game looked as if it would be a pitchers’ duel. Clemens retired the first two batters he faced in the first inning before surrendering a single to F.P. Santangelo. Santangelo scored when David Segui was credited with a double on a fly ball to short left field.

After the game Toronto left fielder Shawn Green admitted he had misplayed Segui’s hit. The ball fell into shallow left field and Green, after hesitating on the ball initially, was caught by surprise by an in-between hop, watching helplessly as the ball bounced off Skydome’s Astroturf over his head. “I did mess it up,” Green said. “I didn’t want to back up and play it off too big a hop knowing that [Santangelo] was on base with two outs and running hard. … I should have gone in, jumped up and blocked it.”2 Green knew the ball tended to bounce high off the artificial turf in warm weather and it was 81 degrees at game time. If Green had been able to block the ball, Santangelo likely wouldn’t have scored.

It was the second straight game in which an outfielder’s miscue had cost the Blue Jays a run. Otis Nixon lost a fly ball in the twilight on Monday night, which resulted in a run-scoring triple in a game the Jays lost 2-1 to Montreal.

Nixon led off the bottom of the first with a walk and immediately stole second. After Nixon advanced to third on a grounder, Juden struck out Joe Carter. He walked Carlos Delgado, then got Ed Sprague to hit a foul popup that third baseman Santangelo caught despite having to reach two rows into the stands to make the grab.

The Expos scored another two-out run the next inning when Rondell White hit a homer to deep right-center field. The damage could have been worse for Toronto if catcher Charlie O’Brien hadn’t gunned down Ryan McGuire on a stolen-base attempt during White’s at-bat.

After White’s home run, nobody reached base for either team through the fourth inning. In the top of the fifth, White reached base with a one-out single, but was picked off by Clemens. This was important, as catcher Chris Widger followed with a single and Mark Grudzielanek drew a walk. However, Clemens escaped the inning, getting Mike Lansing to ground out.

At this point, Clemens had retired 15 of 19 batters since surrendering the home run to White. However, Juden continued his dominance, as well. After he struck out two batters in the bottom of the seventh inning, he had retired 19 batters in a row, 10 of them by strikeout.

More importantly, Juden hadn’t given up a hit in the game. As he left the mound at the end of the inning, the Expos fans in the ballpark cheered him off, chanting, “Ju-den! Ju-den! Ju-den!”3

In the top of the eighth inning, the Expos had runners on second and third with one out on a single by Grudzielanek and a double by Lansing, but Clemens escaped without further damage.

Juden got two straight strikes on Shawn Green to begin the bottom of the eighth. Then Green ended the no-hit bid and shutout with one swing, hitting a home run to deep right-center field.

Later Juden said,“It was a curveball I was trying to backdoor on him and it slid over. He hits the ball well on the inner half of the plate and I was trying to stay on the outer half and it slid a little bit inside.”4 Juden got out of the inning with two more strikeouts and a fly ball.

In the top of the ninth, Blue Jays catcher O’Brien threw out his second runner of the game when he nabbed Guerrero, who had singled, on a stolen-base attempt. Ryan McGuire then singled deep into the hole between shortstop and third base to break an 0-for-12 slump.

With McGuire on first, Blue Jays manager Cito Gaston brought in reliever Paul Quantrill. Born in Port Hope, Ontario, Quantrill became the first Canadian to pitch in a regular-season game between baseball’s two Canadian franchises. He did exactly what he had been asked to do; he induced a double-play groundball from White.

After striking out Nixon to start the bottom of the ninth, Juden surrendered a single to Orlando Merced to put the tying run on base for Carter. Even though Carter had struck out three times in three at-bats, Expos manager Felipe Alou decided to replace Juden after 114 pitches due to his pitch count and the afternoon heat.

Juden left the mound to a standing ovation. He tipped his cap to acknowledge the crowd. It was described it as “one of the loudest ovations ever given a visiting player at Skydome.”5 Another reporter commented, “[T]he ovation [Juden] got was louder than the applause for Clemens.”6 Juden said, “I just had a feeling of pride, you know. How good it was to see all the people up in the stands watching the ballgame on a special day for Canada.”7

Carter fared no better against closer Ugueth Urbina and struck out for the fourth time. Carlos Delgado stepped to the plate with the game in the balance and hit a fly ball to the warning track that momentarily excited the home crowd before falling into White’s glove.

During the afternoon, Juden allowed only two hits and struck out 14, tying teammate Pedro Martinez for the most in a National League game so far that season. The victory was his best start as an Expo, as he was 30 days away from being traded to the Cleveland Indians for left-handed reliever Steve Kline.

Santangelo was among the many players who were initially skeptical of interleague play. However, this series caused him to reconsider his view, particularly given how far Montreal was from other National League franchises: “I’m changing my opinion on it a bit. This is sweet, the way the fans have responded to us in Toronto,” Santangelo said.8

The series with the Blue Jays was also an opportunity to reflect on what baseball in Montreal might have been in a more ideal situation. After watching Montreal fans go into bars in downtown Toronto after the club’s victory on Monday night, Expos marketing director Richard Morency remarked, “It’s beautiful, isn’t it? This is what it will be like with a downtown ballpark in Montreal.”9