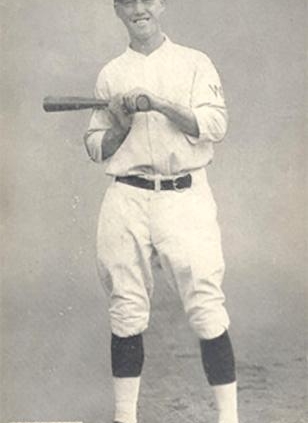 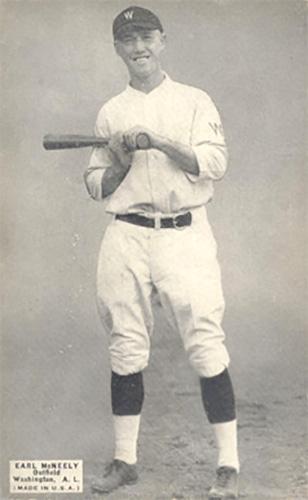 On Saturday, July 10, 1926, the temperature in Washington reached 99 degrees, the hottest day of the year. In the late afternoon and evening, heavy storms rumbled through the city, downing trees and blowing glass from windows. The next morning, the Washington Post reported the storm’s toll in graphic headlines – “ARTERY OF WOMAN’S ARM IS SEVERED AT HER HOME BY FLYING GLASS.”1 Farther north, in northern New Jersey, a bolt of lightning struck the Picatinny Arsenal and set off a chain of explosions that destroyed more than 200 buildings.

Earlier that day, at Griffith Stadium, 7,000 spectators witnessed another explosion. The Senators’ bats pounded out 12 runs in a single inning against the St. Louis Browns. The outburst exceeded the team’s single-inning scoring record – 11 runs – set just a few weeks earlier, on May 25 at Philadelphia’s Shibe Park.2

The run explosion provided some solace to Washington fans who feared the Nationals would fall short of a third consecutive AL pennant. With a lineup nearly identical to that which had captured the flag in 1925 with 96 wins, the Nats had begun well with an Opening Day 15-inning shutout of the Athletics by the ageless Walter Johnson. As late as May 9, they clung to a slender lead over the Yankees. But after losing 11 of 15 games on an early June road trip, the team was languishing in fourth place.

As a result, the Nationals, who had led the AL on this date the last two years, entered play on July 10 in fifth place, 11½ games behind the Yankees. The Browns had had a more consistent if less satisfying season. After losing the first five games of the year, they had risen to seventh place on May 29 and there they remained. Despite their lowly status, the Browns had gained a 5-4 edge in the season series with Washington with a 4-3 victory on July 9. The loss was made even more bitter by the fact that the winning pitcher, Win Ballou, had been dealt by Washington to St. Louis in the offseason. Moreover, the winning runs had scored thanks to an error by Nationals shortstop Buddy Myer – his 17th of the season.

As a result of the loss, the Senators had just three wins more to their credit than the Browns. But Nats’ bats continued to generate runs. Earl McNeely, Sam Rice, and Goose Goslin were all hitting over .300 and McNeely and Goslin owned on-base percentages over .400. In eight July contests, the team had plated more than five runs per game. The pitching was the Achilles heel of the 1926 Senators.

On July 10 Stan Coveleski was pitching on six days’ rest. With a 3.06 ERA, he was no Achilles heel. But Coveleski had lost his last three decisions, evening his record at 6-6. In his last outing against St. Louis, on June 19, he had lasted just three innings after allowing five runs (only one earned) on six hits. On the hill for the Browns this hot July day was Milt Gaston. He boasted a 3.82 ERA. It had earned him but eight victories.

The Nats started the scoring in the second inning when a double-play groundball drove Myer home. The home team added another run in the third and forced Gaston off the mound. He was replaced by Dixie Davis with runners on second and third and no outs. Davis induced a groundout from Bucky Harris but a fly ball by Rice plated Coveleski to give the Nats a two-run lead.

It was to be short-lived. In the top of the fourth, Coveleski allowed singles to Marty McManus and Harry Rice and loaded the bases with a walk to Wally Gerber. Davis then helped himself with a single that plated two runs when Harry Rice kicked the ball from Muddy Ruel’s glove as he crossed the plate. In the next inning, the Browns took the lead when George Sisler scored from first on a double by McManus.

The Nats fought back with a fifth inning rally. Ruel led off with a single and manager Harris had Dutch Ruether pinch-hit for Coveleski. Ruether was a proto-Shohei Ohtani – a pitcher who in 1925 delivered a 3.87 ERA and an .816 OPS. He drew a walk. McNeely bunted to Davis, who helped the Nats by tossing the ball into the outfield, scoring Ruel. Now with runners on second and third, Davis retired Bucky Harris but allowed a single to Sam Rice that brought both runners home. After Rice stole second and Myer walked, they advanced on a wild pitch by Davis, who was lifted for Elam Vangilder.

Vangilder was a 30-year-old veteran of seven seasons with the Browns. He notched 14 wins for the Browns in 1925, second only to Gaston. He had debuted in the majors against the Senators in 1919. That day the Nats scored 12 runs. Now they would tally as many in a single frame.

Vangilder’s day started inauspiciously as he walked Goslin to load the bases. Joe “Moon” Harris then delivered a two-run single to give the Senators a 7-3 advantage.

In the top of the sixth, the Browns got back on the scoreboard. Harry Rice led off with a double and Leo Dixon moved him to third with a groundout. Gerber got him home. The score was 7-4, Washington, and all was quiet until the fateful eighth.

Vangilder was still on the hill when the Nats came to bat in the bottom of that frame. Ossie Bluege led off with a triple. Bennie Tate, who had replaced Ruel as catcher, grounded out. That brought up Firpo Marberry.

Marberry had entered the game after the fifth inning. A pioneer reliever who, like Johnson, relied heavily on his fastball, Marberry would be retroactively credited with 22 saves in the 1926 season. He was a decent hitter who batted .263 in 1925 and was credited with four RBIs in 22 plate appearances. On this day, he singled home Bluege. McNeely followed with a double that moved Marberry to third. Manager Harris doubled him home and sent McNeely to third. Vangilder’s day was done.

Out trotted Chet Falk. He had pitched to an 8.28 ERA in 1925 at the tender age of 20. Now he was pitching on 13 days’ rest. He might have wished for a little more rest before the inning was done.

It wasn’t all Falk’s fault. He got Sam Rice to hit a groundball to Ski Melillo at second base. Melillo threw home but McNeely scampered back to third and catcher Wally Schang threw to second to nail Rice. His throw wound up in center field. McNeely scored and Harris and Rice were on second and third.

That seemed to deflate Falk. He served up a triple to Myer that plated two more runs. Goslin singled Myer home. Joe Harris, who had replaced the other Joe (Judge) after the latter was ejected by umpire Red Ormsby in the fourth inning, walked. That brought up Bluege for the second time in the inning. He singled, scoring Goslin for the seventh run of the frame. Tate got his first hit of the inning – a double that plated Joe Harris and Bluege. Marberry was unable to collect his second hit but advanced Tate to third.

By now the shadows must have been deepening and perhaps storm clouds were gathering. But the Nats were not deterred. McNeely singled to drive home Tate. Bucky Harris collected his second hit of the inning. He replaced himself at first with pinch-runner Stuffy Stewart. Adding insult to injury, Stewart and McNeely pulled off a double steal that scored the latter. Stewart scored the 12th and final run of the inning when Rice reached on an error by Falk. Myer grounded out to shortstop to stop the bleeding.

Add it all up. Sixteen batters, four singles, three doubles, two triples, one walk, two errors, and three stolen bases (including home). No homers, no strikeouts. Just one true outcome – and a perfect one for Nats fans.

Remarkably, Marberry had enough in the tank to retire the demoralized Browns in a scoreless ninth. The game totals are a thing of wonder: 29 hits, 23 runs, 8 walks, 3 strikeouts. Time of game – 2 hours 15 minutes. Home before the storm.3

In addition to the sources cited in the Notes, the author accessed Retrosheet.org, Baseball-Reference.com, SABR.org, and the Washington Evening Star