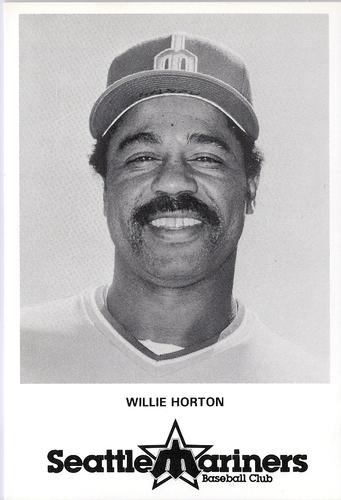 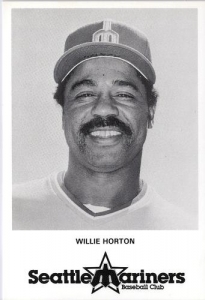 In 1979 the Seattle Mariners were in their third season and, like most expansion teams, had struggled to win games since day one. They opened with a 64-98 record in 1977, finishing in sixth place in the seven-team American League West Division, then fell to last place in 1978 with a mark of 56-104. Heading into their July 11, 1979, game with the New York Yankees, the Mariners sat in sixth place again with a record of 38-51.

The Yankees were coming off three fantastic seasons from 1976 to 1978 in which they averaged 99 wins and won three pennants and two World Series. They had slipped in 1979, though, and going into the game were 48-39, in fourth place in the AL East, 8½ games behind the first-place Baltimore Orioles.

The Mariners had always been competitive against the Yankees, even in their worst years, going 4-6 against them in 1977, and 5-6 in ’78, and were 5-3 against New York through their first eight battles of 1979.1 At least one Yankee was frustrated by Seattle’s success against them. The Mariners’ 5-1 win in the first game of a three-game set in Seattle’s Kingdome was punctuated by Yanks outfielder Lou Piniella angrily throwing his glove at the San Diego Chicken, who was working the series in advance of the All-Star Game to be played at the Kingdome on July 17.2

Piniella expressed his frustration with the Chicken’s antics after the game, telling writers, “If people want to pay to see a chicken, dress up the players as chickens.”3 Piniella was still angry about it the next day and refused to answer questions from Associated Press writer Lawson Abinanti before the July 11 game.4

The Yankees had every reason to believe they could tie the series at a win apiece: 13-game winner Tommy John would be taking the hill against Floyd Bannister, who was only 4-7 with a 4.52 ERA. Bannister had lost five of his first six decisions, while John reeled off a streak of nine wins and one no-decision in his first 10 starts and was 13-3 with a league-best 2.23 ERA after a July 6 shutout against Oakland. John was also first in the AL in wins and innings pitched, and was tied atop the leaderboard in complete games with 12.

With 31,186 in attendance, Willie Randolph led off for the Yankees with a groundout to shortstop Mario Mendoza.5 But Bobby Murcer walked and Thurman Munson singled to left and it looked as though a typical Bannister outing was in the making. The left-hander coaxed Reggie Jackson to ground to second baseman Bill Stein for a force out, then ended the threat with a Piniella groundout to second.

It was obvious from the start that John wasn’t as sharp as usual. The veteran southpaw walked Leon Roberts to start the bottom of the first, then tossed a wild pitch with Ruppert Jones at the plate that sent Roberts to second. Jones singled to right to put runners at first and third before the team’s best hitter, Bruce Bochte, struck out for the first out of the inning. That would be the last out John recorded.

Ken Clay, a 25-year-old righty, entered the game with a record of 1-4, two saves and a 4.78 ERA, and had tossed two hitless innings against Seattle the night before. This time he wouldn’t be as effective and the first blow came from the unlikeliest of batters – Mario Mendoza, who entered the game with a .186 average, one home run, and 17 runs batted in, and a reputation as one of the weakest hitters of his era.6

Mendoza greeted Clay with a two-run triple to center field that scored Stein and Cox, and closed the book on John, who had allowed seven earned runs in only a third of an inning, and saw his ERA climb to 2.62 in approximately 15 minutes of work. Clay finally got the second out when Roberts, up for the second time in the inning, grounded out to first, but Jones followed with a blast into the third deck of the right-field seats and the Mariners had a 9-0 lead. Bochte grounded out and Seattle’s lone All-Star that year accounted for two of the three outs in the frame.

Bannister retired Graig Nettles, Roy White, and Chris Chambliss in order in the second on a pop to third, fly ball to center, and grounder to first; Clay got himself out of a jam in the bottom of the second. Seattle loaded the bases on Paciorek’s double, a Meyer hit by pitch, and a two-out walk to Cox, but Mendoza fanned to end the threat. Bannister was perfect again in the third, getting a flyout from Bucky Dent and groundouts from Randolph and Murcer.

Seattle tacked on two more runs in the bottom of the third when Bochte atoned for his first inning “oh for” with a two-run homer to center field, his 10th of the year, to give the Mariners an 11-0 lead. Bannister sandwiched three fly-ball outs around a walk to Jackson before Don Hood, a lefty reliever acquired from Cleveland in June, took over for Clay to start the bottom of the fourth. Hood and Bannister traded goose eggs for the next two innings, the only blemishes being Hood’s fifth-inning free pass to Bochte and a sixth inning single by Randolph off Bannister. Martin thought Murcer also had a hit and argued the call at first before being ejected by umpire Nick Bremigan.7

Ray Burris entered the fray for New York to start the bottom of the sixth and the Yankees started to empty their bench – Jerry Narron replaced Munson behind the plate, Bobby Brown replaced Murcer in center field, and Darryl Jones replaced Jackson in right. Burris surrendered a leadoff single to Paciorek, but got the next three batters to send the game into the top of the seventh, when the Yankees finally put something on the board. Piniella homered to right to start the frame. That would be the last hit and only run Bannister would allow as he set down the final nine Yankees in order to finish the win.

But Seattle wasn’t through scoring yet. In the bottom of the seventh, Mendoza walked and Roberts hit the Mariners’ third homer of the contest to push the lead to 13-1. Jones walked, Bochte doubled him to third, Horton walked to load the bases, and Paciorek laced his fourth hit of the game to right field and sent Jones and Bochte homeward. After a fly out by pinch-hitter Larry Milbourne, Stein rapped a single to left to load the bases yet again and Mendoza plated the 16th and final run with an infield hit to complete the 16-1 rout.

The 16 runs set a Mariners franchise record, topping the 14 they scored against California Angels hurlers Nolan Ryan, Dave Frost, Dyar Miller, and Jim Barr in their second game of the season, on April 6.8 Later in the Yankees’ clubhouse an incensed Piniella knocked Abinanti’s notepad to the floor and stormed off when the reporter tried to ask him a question about the game.9

2 The Chicken, played by Ted Giannoulas, was putting a hex on Yankees pitcher Ron Guidry as he warmed up for the fourth inning and Piniella stopped to yell at Giannoulas as the outfielder made his way to left field. He then threw his glove at Giannoulas, but missed.

6 Chris Landers, “How Did Mario Mendoza Become a Shorthand for Batting Futility,” Cut4 by MLB.com, mlb.com/cut4/how-did-the-mendoza-line-become-an-mlb-term/c-277392972, May 22, 2018. Legend has it that Mendoza was so bad that Hall of Famer George Brett started referring to a .200 batting average as the “Mendoza Line” in 1980. But Mendoza claims the name came from Mariners teammates Tom Paciorek and Bruce Bochte in 1979, and that’s where Brett got it from. Mendoza finished his nine-year career with a slash line of .215/.245/.262 and had the seventh worst average, worst on-base percentage, fourth worst slugging average, and second worst OPS (among players who played from 1974-1982 and had at least 1,000 plate appearances).

7 Martin’s ejection was the first of any Yankee all season and would be one of only two for him during the season.

8 Like Tommy John on July 11, 1979, Nolan Ryan allowed seven earned runs in his start against the Mariners on April 6, 1979. The Mariners have since obliterated their record of 16 runs in one game and the franchise record through the 2018 season was 22 against the Detroit Tigers on April 29, 1999.