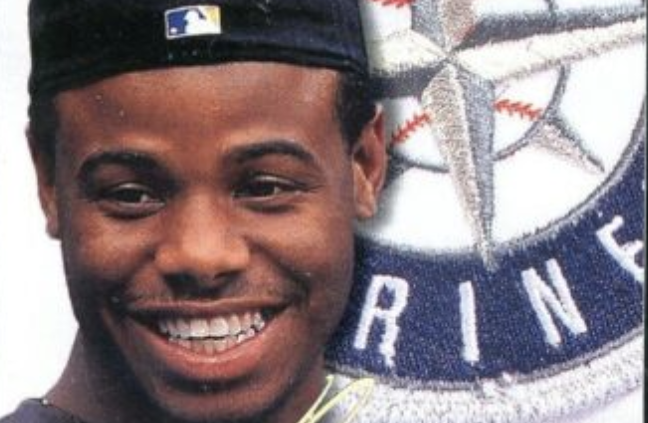 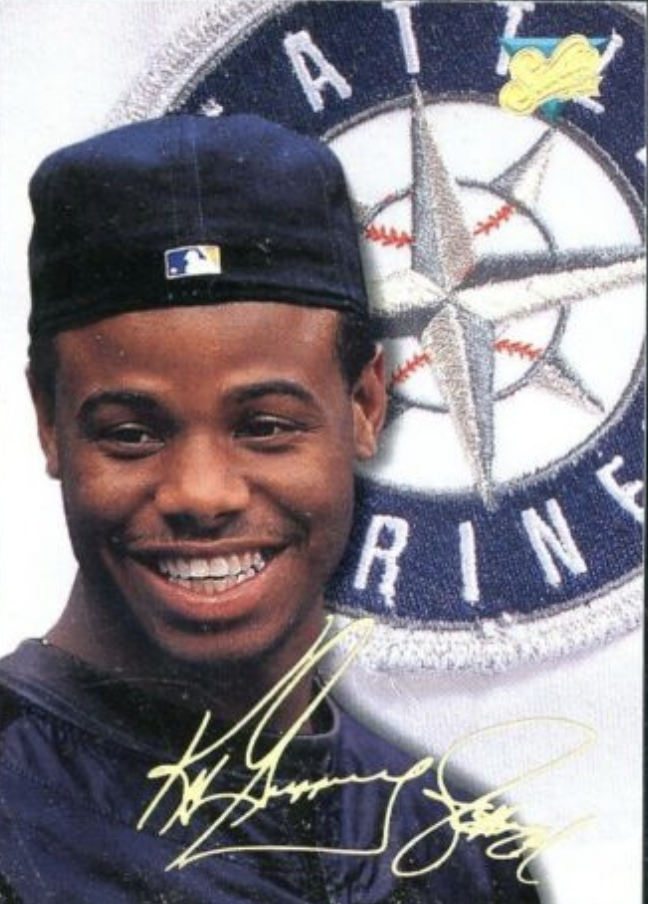 As much as the All-Star Game is a celebration of baseball’s history and a recognition of its current and future stars, it is also a celebration of place, and Oriole Park at Camden Yards played its role perfectly in 1993. The ballpark opened in 1992 as a reminder of classic ballparks of an earlier era, such as Ebbets Field, Shibe Park, and Wrigley Field. Just beyond the right-field fence sits the B&O Warehouse, built in 1899 and standing as the longest building on the East Coast (1,016 feet).1 The warehouse, transformed into shops, restaurants, and the offices of the Orioles, became the iconic symbol of baseball in downtown Baltimore.

The Home Run Derby was dominated by a pair of 23-year-old sluggers, Juan González and Ken Griffey Jr., as the American League easily won the team competition, 21-12. González won the individual title in a playoff and slugged the longest home run of the competition, 473 feet.2 But it was Griffey who will long be remembered as the first player to hit the warehouse on the fly, 465 feet away.3 “Before the event, he said his only chance to hit the warehouse would be if he were standing on second base and using a fungo bat.”4 Not true. SABR biographer Emily Hawks put it simply, “Ken Griffey Jr. possessed the sweetest swing there ever was.”5 The images of a backward-facing Mariners cap, a glistening earring, and a prodigious blast are assured of being lasting memories for many baseball fans. With that one swing, Griffey made the B&O Warehouse a co-star of the show! A baseball-shaped plaque marks the spot, simply stating: Seattle Mariners, Ken Griffey Jr., All Star Home Run Derby, July 12, 1993, 465’.

Starting pitching honors for this All-Star Game went to a pair of lefties, the Phillies’ Terry Mulholland (9-6, 2.72 ERA) for the National League and the Angels’ Mark Langston (9-3, 2.82 ERA) for the American League. For Mulholland, this was his first and only All-Star Game selection. In 1991 and 1992, he won 16 and 13 games, respectively, and led the National League with 12 complete games in 1992. First named an All-Star in 1987 as a Seattle Mariner, Langston was named to his third successive All-Star squad as a California Angels hurler.

It was the National League that got off to the quick start against Langston. With one out in the first inning, Gary Sheffield’s home run followed Barry Bonds’ double to right field for a 2-0 lead. Solo home runs by American Leaguers Kirby Puckett in the second inning and Roberto Alomar in the third inning knotted the score at 2-2.

The American League took the lead for good in the bottom of the fifth inning, facing Giants hurler John Burkett (13-3, 3.28 ERA) who was well on his way to a major-league-leading 22 wins in 1993.6 Iván Rodriguez greeted Burkett with a double to left and advanced to third on a groundout. Successive singles by pinch-hitter Albert Belle and Griffey, sandwiched around an error, plated two runs. Burkett struck out Joe Carter but hit Cecil Fielder. When Kirby Puckett doubled to left, scoring Griffey, the American League led 5-2 and Burkett’s night was finished in favor of Steve Avery, who retired Cal Ripken on a groundout.7

The National League did score one run in the top of the sixth inning to narrow the deficit to two runs. Bonds doubled to right, advanced to third on Gary Sheffield’s single to left, and scored on Barry Larkin’s sacrifice fly. However, their offensive response over the final three innings was limited to two hits.

Meanwhile, the American League added to its margin in the sixth inning, sealing the fate of the National League, all with two outs and aided by some shoddy play. With Avery still on the mound, Carlos Baerga reached base on shortstop Jeff Blauser’s error and advanced to second on a walk to Albert Belle. A double by Devon White, scoring Baerga, ended Avery’s night in favor of John Smoltz. Smoltz proceeded to wild-pitch Belle home before walking Juan González. Smoltz also wild-pitched White home before retiring Cecil Fielder on a flyball to left to end the inning. Three unearned runs and an 8-3 lead for the American League. They added one more rather meaningless run in the seventh inning against the Giants’ first-time All-Star hurler Rod Beck. Greg Vaughn opened with a single to left. With two outs, Terry Steinbach doubled to right-center, scoring Vaughn and completing the scoring for the night in the American League’s convincing 9-3 win.

The most compelling story of the night was not the “game between the white lines” but rather the wrath of the hometown fans that was heaped upon Toronto Blue Jays manager Cito Gaston from the outset of the pregame introductions. Gaston certainly did not endear himself to Orioles fans with his managerial choices for the American League team.

Fans had voted three Toronto Blue Jays to the American League starting lineup – John Olerud, Roberto Alomar, and Joe Carter. Gaston added pitchers Pat Hentgen and Duane Ward, along with Paul Molitor and Devon White, meaning that 25 percent of the AL squad represented the Blue Jays. Baltimore shortstop Cal Ripken was voted by baseball fans to start for the American League, but Mike Mussina was the only other player named to represent the Orioles. Mussina was a 10-game winner, but had been rather ineffective since mid-June.

Several other Orioles with All-Star credentials were ignored, including catcher Chris Hoiles, batting .300 at the break, and reliever Gregg Olson, 23 saves and a 1.24 ERA at the break. “The top half of the AL lineup looked as if it had been lifted out of the SkyDome: Four of the game’s first five AL batters were Blue Jays.”8

So what happened to Mussina? Gaston said he intended to use one of his closers in the ninth inning.9 Pat Hentgen recalled the conversation Gaston had with him and Mussina. “You guys are young. You’re going to come back to another All-Star Game,” Hentgen recalled 25 years later. “I am not going to pitch either one of you today. I am going to hold you guys off and see if we go extra innings.”10

When Gaston brought in Blue Jays closer Duane Ward to pitch the ninth, Mussina had already decided he needed some work so he started warming up on his own in the bullpen. The hometown crowd knew only one thing and they chanted, “We want Mike.” The booing aimed at Gaston continued well after the third out by Ward ended the game.11

There was no lack of reaction to what happened on this night at Camden Yards. Most didn’t mince words. Frank Robinson, Orioles assistant general manager, said, “I’m disappointed in the fan reaction. I don’t think it’s right.”12 Some saw anger when they awoke the next morning to the day’s blunt headline in the sports section of the Toronto Star – “Jays Power American Attack, Abuse of Gaston, Jays, Pathetic Performance by Baltimore Boobirds.”13

Some tried to be diplomatic in their own way. The usually reserved Cal Ripken got excited: “I wanted to get into it, yell and scream, come on, bring Mussina in for the last out.”14 Later, The Sporting News gave its “Low Lights” award to Gaston for roster selection in addition to the failure to put Mike Mussina into the game.15

SABR biographer Ryan Brecker noted that Gaston and Mussina later made up so perhaps it is best that the last word is left for Gaston’s actions one year later.16 Gaston managed the American League in the 1994 All-Star Game in Pittsburgh. He selected Mussina and Hentgen for his pitching staff. Indeed, Mussina came in to pitch the fifth inning for the American League, retiring the side after a leadoff single by Dante Bichette, Gaston brought Hentgen in to pitch the seventh inning. He kept his word!

Whatever happened to the baseball that hit the B&O warehouse? It sits at the Babe Ruth Birthplace and Museum, only blocks from where it came to rest when a 17-year-old high-school senior, Mark Pallack, found himself at the bottom of a pile with a baseball in hand.17 Pallack later served on the board of directors of the museum.

Yes, the game itself did provide a lighter moment despite The Sporting News editor John Rawlings’ observation that “anecdotal evidence conveys basebrawl is at an all-time high.”18 Laughter broke out in the National League dugout after Randy Johnson’s first-pitch fastball to John Kruk in the top of the third inning sailed directly over Kruk’s head. What was he thinking on the next pitch – a huge, tantalizing curveball? Never at a loss for words, Kruk responded, “I was thinking about hitting righthanded, that’s what. If he was going to hit me, he was going to have to hit a moving target. … My life was at stake.”19 Kruk meekly struck out.

The author accessed Baseball-Reference.com for box scores/play-by-play information and other data, as well as Retrosheet.org. A video of the CBS television broadcast of the game is available for interested readers and researchers.20

7 Kirby Puckett’s RBI double in the fifth inning to go along with his solo home run in the second inning earned him the game’s most valuable player award.

18 John Rawlings, “No Use Battling a Problem That Doesn’t Exist,” The Sporting News, July 26, 1993: 13. Basebrawl is defined as “a fight among baseball players, triggered by an event such as a batter charging the mound after being hit by a pitched ball.” Dickson Baseball Dictionary, 77.