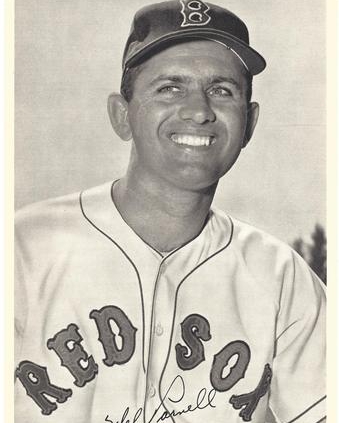 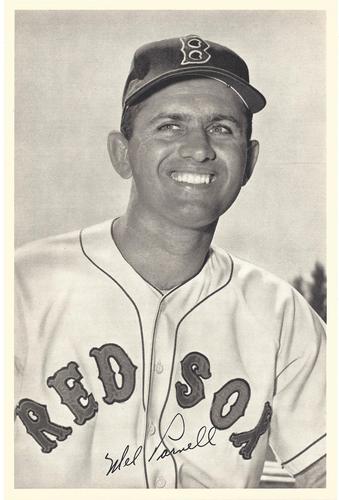 When Mel Parnell took the mound on a rainy summer day in July 1956, he was doing so for a franchise that had spent much of the decade squandering its potential. He was also a player who had arguably done the same to his own career. A once promising young pitcher, he stood there after spending much of the last two seasons fighting injuries, slowing a career that had shown tremendous growth up to that point.

For Red Sox fans, the 1940s had ended in heartbreak, as would become typical of the Red Sox over the coming decades. After the 1949 season, sportswriter Harold Kaese wondered how their fans would explain “how the Red Sox lost the pennant two years in a row on the last day of the season with the best team in baseball.”1

But the Fenway Faithful had reason to believe that the 1950s would bring more chances. The 1947 had seen the debut of a young pitcher from the Bayou, Mel Parnell. In 1949, his second full season, Parnell had led the majors in wins (25), ERA (2.77), complete games (27), and innings pitched (295⅓), en route to an All-Star selection and fourth place in the AL MVP voting. It looked as though the Red Sox had their ace of the ’50s.

Much as it tended to do in those days, reality came crashing in. The team failed to live up to its promise and after coming within four games of the pennant in 1950, never came closer than 11 in the ensuing years. Despite the team’s struggles, Parnell looked to be growing into the star that he seemed destined to become. Between 1948 and 1953 he averaged 18 wins a year. In 1953 he won 21 games, including four shutouts of the arch-foe Yankees. However, his 1954 and 1955 seasons were derailed by injuries. His stock had fallen so far by the start of spring training in 1956 that manager Pinky Higgins told the Boston Globe, “[T]he time we used Parnell last season he wasn’t impressive. Something like nine starts and I can’t recall that he was impressive in any of them.”2

Parnell began 1956 with two solid starts against the Tigers and White Sox, winning one and losing one and posting a 3.12 ERA in 17⅓ innings. On May 16 Parnell took the mound in Detroit for his third start of the season and his old friend, the injury bug, was there to greet him. In the third inning, Parnell sprained his ankle sliding into second after a Billy Goodman single.3 He missed a month of action.

Upon returning in June, Parnell notched two solid starts against the Athletics and Orioles, giving up four runs over 13⅓ innings and picking up one win. In the second game of a July Fourth doubleheader against the Yankees, however, Parnell was shelled. He gave up six runs in seven innings and recorded only one strikeout.

On July 14 Parnell sought to recover from the stinging defeat at the hands of the Yankees. It was a rainy summer day at Fenway Park and the game was delayed over an hour by showers.4 Heading into this game, the Red Sox were a respectable 42-35 but were in fourth place, 10½ games out of first. On this day, they faced the Chicago White Sox. A crowd of 14,542 braved the rain to watch a team that was virtually out of contention and a pitcher who had been down on his luck. No one knew what they were about to witness.

Parnell started the game by getting right fielder Jim Rivera to pop out to center fielder Jim Piersall, then sat down the next two batters on infield groundouts. The White Sox starter was former Red Sox pitcher Jim McDonald. He walked Ted Williams in the first, but nothing came of it.

In the second inning, Parnell walked Larry Doby but Sherm Lollar hit into a double play and Parnell faced only three batters. McDonald pitched a one-two-three bottom of the inning.

The third inning started off with a hint of trouble for Parnell. An error by shortstop Don Buddin put leadoff batter Sammy Esposito on base. The next batter, Luis Aparicio, hit the ball to deep center field. Center fielder Jim Piersall said later that it “looked like it was walking away from me. The ball took off and sailed.”5 But Piersall was able to catch up to the ball for the first out. Parnell struck out pitcher McDonald, then catcher Sammy White gunned down Esposito trying to steal second.

McDonald started the Red Sox half of the inning by hitting Buddin. With Parnell batting, McDonald threw a wild pitch and Buddin went to second. Parnell then hit a fly ball to left field that was turned into a double play when Buddin was thrown out by Minnie Miñoso trying for third. Goodman grounded to second to end the inning. Like Parnell in the first, McDonald met peril but somehow escaped, having only faced three batters.

While the pitchers mirrored each other’s performances through the first three innings, that dynamic changed in the fourth. Parnell pitched a one-two-three top of the inning. Then McDonald gave up a double to Billy Klaus, ending his own no-hitter bid. Ted Williams’s single moved to Klaus to third. Mickey Vernon followed with a single to score Klaus with the first run of the game, and Williams scored on Jackie Jensen’s double-play grounder to third. The Red Sox led 2-0.

McDonald and Parnell both pitched one-two-three fifth innings. The Red Sox tacked added a run in the sixth on Goodman’s leadoff double and Klaus’s single to center. McDonald was lifted by Chicago skipper Marty Marion after Klaus’s hit.

Paul LaPalme, McDonald’s replacement, gave up a run in the seventh when Jim Piersall led off the inning with a double and came home on Buddin’s single.

Parnell breezed through the sixth, seventh, and eighth, pitching one-two-three innings. As the innings wound down, the game’s broadcasters, Curt Gowdy on the radio and Bob Murphy on TV, avoided mentioning the ongoing no-hitter to the fans at home, mindful of the unwritten baseball rule that mentioning a no-hitter is a surefire way to jinx it.

In the ninth inning, Parnell appeared headed for a trouble: He walked leadoff batter Sammy Esposito. Luis Aparicio grounded to shortstop for a force out at second. Two outs to go. Bubba Phillips pinch-hint for pitcher LaPalme and his force-play grounder to third was out number two. The White Sox then pinch hit former Red Sox phenom Walt Dropo for Jim Rivera. Dropo grounded weakly to Parnell, who ran to first and made the game-ending putout himself.

Parnell’s no-hitter was the 11th in franchise history and the first since 1923. It was a boost for the pitcher, who had been looking to reclaim his spot as the ace of the Red Sox. His record was now 3-2. More tangibly, team owner Tom Yawkey rewarded Parnell with a $500 bonus.6

Despite his best efforts, Parnell was not able to use this as a launching point for a career revitalization. He finished the season 7-6 with a 3.77 ERA. After the season Parnell underwent surgery to try to repair a torn nerve in his left elbow. But his playing career was over. He did some managing in the Red Sox farm system and then moved into the broadcasting booth. The no-hitter was but a curtain call in a career that perhaps ended before its time.