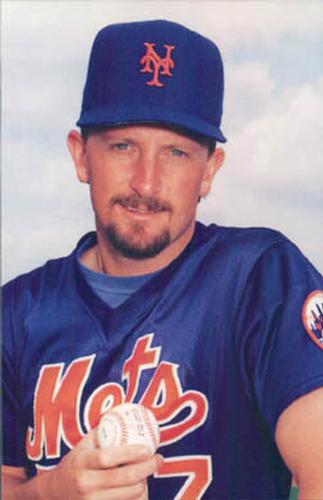 The New York Mets breezed through the first game of their doubleheader with the San Diego Padres in 2 hours 30 minutes behind an outstanding offensive performance from Bobby Bonilla, who doubled and hit a home run to knock in four of the Mets runs in their 7-3 victory. There were 19 hits in the game and many fans may have expected more of the same in the nightcap.

After a 30-minute respite, both teams took the field in front of 18,861 at Shea Stadium for the second game. Bret Saberhagen took the mound for the Mets. Saberhagen’s season got off to a rocky start, but starting with a victory on June 30, he had been on fire. His ERA was 1.17 and he had struck out 23 batters in his last three starts.

Andy Benes started for the Padres. He also struggled early in the season but had begun to turn things around in June. His ERA was just 2.11 during the month. Benes was coming off a loss on July 8 in which he gave up seven runs in just two innings. It was his first loss since May 26 and he was looking to rebound. Benes’ last win was a 13-strikeout one-hitter against the Mets on July 3.

Benes got leadoff batter Jose Vizcaino to ground out and struck out Kelly Stinnett. Bonilla continued his offensive performance with a single to left field, but was stranded on first when Joe Orsulak flied out to center field. Benes put the Mets down in order over the next two innings. Stinnett singled for the Mets second hit in the fourth. Benes struck out Bonilla but a wild pitch moved Stinnett to second. Stinnett moved to third when Orsulak grounded to second. Benes got out of the jam by striking out David Segui, his fifth strikeout of the game.

Saberhagen also got himself into a jam in the top of the fifth when he gave up consecutive singles to Craig Shipley and Luis Lopez. Although a fly out moved Shipley to third, Saberhagen struck out Brian Johnson and Benes to end the Padres’ scoring threat. Benes was Saberhagen’s seventh strikeout victim of the day.

After Stinnett’s hit, Benes struck out six of the next seven Mets he faced. The only baserunner over the next 2⅓ innings was Rico Brogna, who walked. Benes continued to rack up strikeouts. When he added two more in the eighth, he had 14 whiffs. He retired the last 11 Mets he faced before he was replaced by Trevor Hoffman in the top of the ninth after making 127 pitches.

Saberhagen, meanwhile, was silencing the Padres’ bats. After giving up the two singles in the fifth, he got the Padres out in order through the next three innings. Along the way he picked up four more strikeouts to bring his total to 11. The Padres finally got another baserunner in the top of the ninth when Roberts singled. After Saberhagen got Bean to pop out to third, Gwynn hit an 0-and-2 pitch to shortstop for a double play. Saberhagen pitched the 10th inning before leaving the game. He had thrown 131 pitches.

Benes and Saberhagen combined for 25 strikeouts, the most in the majors that season for a nine-inning game. Saberhagen struck out Benes three times and Benes got Saberhagen out on strikes twice. Saberhagen was the last batter Benes faced.

When Mets Manager Dallas Green was asked about the game afterward, he said, “They went head to head. It was a great effort by [Saberhagen] that was washed out by no offense and a lack of execution. We had a couple of whacks at them and didn’t do it.”1

When Hoffman came in from the bullpen in the ninth, he gave up a leadoff double to Vizcaino. After Stinnett popped up to third, Hoffman intentionally walked Bonilla, hoping for a double play. He settled for a fly out by Orsulak and a groundout by Segui. Hoffman got the Mets out in order in the 10th as both teams struggled to bring a runner home.

The Padres had another chance to score in the 11th when Johnson singled off John Franco, Saberhagen’s replacement on the mound. Brad Ausmus ran for Johnson. He reached second on a sacrifice bunt. But he would get no further.

Pedro Martinez2 came in to pitch the 11th inning for the Padres. He gave up a single but the Mets could not capitalize. The Padres had yet another chance to end the game in the 12th inning when Shipley singled and moved to second on a grounder by Lopez. But Roger Mason, the third Mets pitcher of the game, struck out Ray McDavid for the third out. Martinez stayed on the mound and got the Mets out in order in the 12th.

The game remained tied through the 13th inning. In the 14th the Padres scored when Gwynn and Plantier hit back-to-back home runs off Mike Maddux. With two swings of the bat, the Padres had victory within their grasp. Dallas Green expressed his frustration later, saying, “I’ve only used [Maddux] when there ain’t nobody else out there to use. He’s working himself out of baseball, that’s for sure, not just the Mets.”3

With a two-run lead, the Padres’ hopes rested on Jeff Tabaka. He got the first out, then surrendered a pinch-single to Luis Rivera. Rivera scored when Segui doubled down the right-field line. Tim Mauser took over for Tabaka and he got the next two batters out on a fly ball and a groundout for the 2-1 Padres victory. It was Mauser’s first save of the year.

Although neither starter earned the victory, Benes perhaps summed up the game best when he said, “It was exciting as a pitcher, because that’s the way you would map out a game. For me, if there was anybody to match up against, that would have been the matchup.”4

2 This Martinez was not the Pedro Martinez who is in the Hall of Fame.