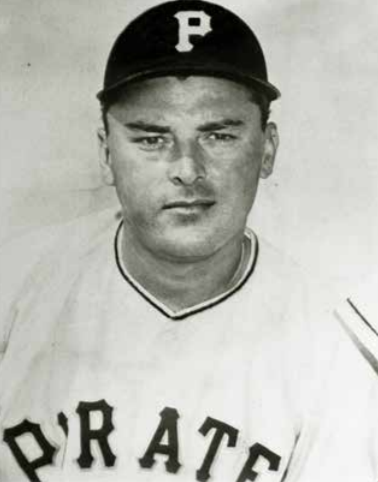 Anyone old enough to recall the spectacular 1961 major-league baseball season will likely remember Luis Arroyo. During that magical summer, the left-handed Arroyo became an indispensable performer on one of baseball’s greatest teams; in 65 relief games he posted a 15-5 record, 2.19 earned-run average, and 29 saves (19 according to the rules in place in 1961). Additionally, he became inextricably linked with New York Yankees great Whitey Ford by saving more than half of Ford’s 25 victories that season. To cap off his dream season, Arroyo won Game Three of the 1961 World Series as the Yankees rolled to an easy 4-1 win over the Cincinnati Reds. In an era that did not emphasize relief pitching, Arroyo was ranked sixth in MVP balloting.1

Nothing in Arroyo’s major-league career offered a preview of his 1961 dominance. After years of pitching in Puerto Rico and the minor leagues, he broke into the majors in 1955 with the St. Louis Cardinals, posting an 11-8 record that year, primarily as a starting pitcher.2 That season Arroyo got off to a great start; at the All-Star break he was 10-4 with a 2.44 ERA. He made the 1955 National League All-Star Team but did not pitch in the game at Milwaukee’s County Stadium, and his second half proved miserable, as he went 1-5 with an ERA of 8.19.

In 1956, after an ineffective spring with the Cardinals, Arroyo found himself back in the minors. On May 7, 1956, the Cardinals sent Arroyo to the Pittsburgh Pirates for pitcher Max Surkont. Arroyo pitched well at first; after eight appearances he was 1-0 with a 1.08 ERA. After two starts a week apart in mid-June, Arroyo returned to the bullpen and pitched poorly; by July 1, his ERA had ballooned to 4.64. Although the team was desperate for pitching, the Pirates sent Arroyo to the Hollywood Stars of the Pacific Coast League, where he was 7-5 with a 2.81 ERA. He returned to the Pirates for three games in relief during September.

Sports Illustrated opined in its 1957 baseball preview issue: “Even more than most managers, [Bobby] Bragan is badly in need of another starting pitcher – or maybe two. … there are only possibilities. Some of them: Luis Arroyo, who at the moment looks like the No. 4 man.”3 Despite that unenthusiastic appraisal, during spring training in 1957, Arroyo earned a job in the Pirates’ starting rotation. He started the second game of the season on April 18 at Ebbets Field against the Brooklyn Dodgers and took a 6-1 loss although he allowed only two runs in four innings. Against the New York Giants at the Polo Grounds four days later, he pitched 4⅔ innings in a 3-1 loss.

His next 24 appearances included only eight starts, and on June 20, 1957, he made his final major-league start at St. Louis. After pitching two scoreless innings, he hit Cardinals pitcher Murry Dickson with a pitch, gave up an infield single to Don Blasingame, a run-scoring double to Alvin Dark, and an intentional walk to Stan Musial before being relieved by Roy Face. When Blasingame and Dark eventually scored, Arroyo was charged with three earned runs in his two-plus innings of work. At that point, his 1957 record as a starter stood at 0-6 with a 4.61 ERA. His overall mark of 2-7 with a 4.03 ERA suggested he might be more effective in relief. Pirates managers Bobby Bragan and then Danny Murtaugh evidently thought so, too; after June 20, Arroyo made 28 more appearances in mainly long or middle relief.

Arroyo pitched well in his first four relief assignments: 8⅔ scoreless innings, dropping his season ERA on June 25 to 3.64. However, mirroring his 1955 second-half problems, from that point until the end of the season, his ERA was 6.70 and he allowed eight home runs in only 41⅔ innings of work. Nonetheless, in the midst of this ineffective pitching, Arroyo won his third and final game for the Pirates on July 18, 1957.

The Pirates had lost six of their previous seven games and were ensconced in seventh place. Arroyo had pitched only once since July 5, a two-inning mop-up role on July 11. One week later at Forbes Field, Arroyo entered the game in basically another mop-up situation, as the Pirates trailed the Chicago Cubs 4-2 in the eighth. In the top of the inning, Arroyo allowed an inside-the-park home run to Chuck Tanner to make the score 5-2. After pitching a scoreless ninth, Arroyo had allowed nine earned runs and three home runs in his last 9⅓ innings of pitching. As the Pirates came to bat in the bottom of the ninth, the game looked like nothing more than another loss in an already long and unsatisfying season.

Turk Lown, who had entered in the seventh and snuffed out a Pirate rally, started the ninth on the mound for the Cubs. He ran into trouble immediately. Pinch-hitter Roman Mejias singled. Johnny O’Brien ran for Mejias and went to third on a single by pinch-hitter Gene Freese. Dee Fondy hit a sacrifice fly scoring O’Brien to make it a 5-3 game; Lown then walked Bob Skinner. When Dick Groat tripled, the game was tied at 5-5. At that point, with the winning run at third base and only one out, Cubs manager Bob Scheffing brought left-hander Dick Littlefield into the game to face Bill Virdon. Bragan countered by sending Jim Pendleton up to hit for Virdon. Littlefield walked Pendleton intentionally. Scheffing then summoned right-hander Jim Brosnan from the Cubs bullpen to face Frank Thomas, the Pirates’ most dangerous hitter. Brosnan walked Thomas intentionally, loading the bases. Bill Mazeroski then singled to win the game, 6-5, improving Arroyo’s season mark to 3-8.

Arroyo made 16 more relief appearances after July 18, posting a 0-3 mark. Rory Costello aptly described his final 1957 ledger, 3-11 with a 4.61 ERA in 54 games as “forgettable.”4 His two years with Pittsburgh fell into the same category, a 6-14 won-lost record with an ERA of 4.69. Obviously unimpressed, the Pirates kept Arroyo at Triple-A Columbus in 1958, where he posted a 10-3 record and a 4.01 ERA almost exclusively in relief. In December of 1958, the Pirates sent Arroyo to Cincinnati for a career minor-league outfielder, Nino Escalera, whose only major-league experience had come in 1954 with the Reds. After starting the 1959 season at the Cincinnati’s Triple-A Havana farm team, Arroyo returned to the majors in June. He pitched only 10 games that season. When Fred Hutchinson took over as manager on July 9, he sent Arroyo back to Havana; as Arroyo told Costello, “Hutchinson let me go without even a look.” At age 32, having been sent down again by a team in desperate need of pitching, Arroyo’s career seemed over.

Arroyo spent the first several months of the 1960 season at Havana, then in Jersey City after the team relocated due to Cuba’s revolutionary turmoil. On July 20, the Reds sold him to the Yankees. The Yankees began using Arroyo as a late-inning stopper. Between his Yankees debut on July 26 and the end of the season, Arroyo won five games and saved seven (three according to 1960 rules), with a 2.88 ERA. Despite some good late-season work, Sports Illustrated remained unimpressed, writing in its 1961 baseball preview, “Luis Arroyo was sharp in spots last year, but cannot be regarded as day-in, day-out stopper.” Similarly dismissive, The Sporting News’s analysis of each major-league team’s best player in a number of categories listed “none” for the Yankees “best relief pitcher.”5 However, Arroyo’s 1961 pitching confounded the experts. He led the American League in appearances (tied with Philadelphia’s Jack Baldschun for the major-league lead) with 65; his 119 relief innings led the American League, and were second in the majors only to San Francisco’s Stu Miller, who pitched 122 innings. After 1961, Arroyo pitched two more seasons in the majors, both marred by injuries. When he retired, he owned a 40-32 won-lost record with a 3.93 ERA. After going 18-22 as a spot starter/reliever in the National League, Arroyo posted a 22-10 record as a Yankee.

Although Arroyo’s 1956-57 service with the Pirates proved unsuccessful, during the mid-1950s he developed and refined the pitch that defined him in 1961: the screwball.6 Using the pitch to lethal effect that season, Arroyo held American League hitters to a .199 average and in a year of impressive home-run production, allowed only five in his 119 innings of work. While Arroyo enjoyed only “middling” success during his career, “in 1961 he was the best reliever in the game, a prototype of the late-inning specialist now known as a closer.”7 On July 18, 1957, Arroyo won a basically meaningless game for a bad Pirates club, his last victory for Pittsburgh. At the end of that season, his major-league career seemed over. Who could have imagined where he would be four years later?