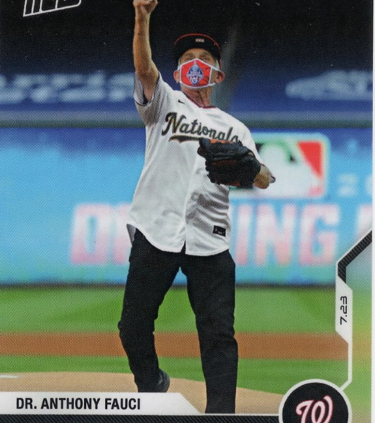 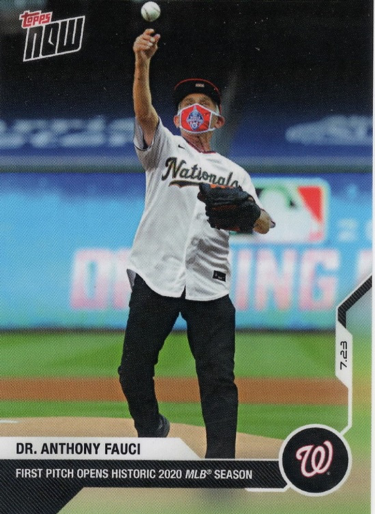 When the Washington Nationals last met the New York Yankees, it was March 12, 2020, at FITTEAM Ballpark of the Palm Beaches, the Nationals’ spring-training home since 2017. Just one day earlier, the World Health Organization assessed that the COVID-19 crisis warranted declaration of a global pandemic.1 The author was completing a weeklong trip to watch baseball in Florida — West Palm Beach and Jupiter.

The over-capacity crowd of 8,043, largest ever to see the Nationals play in West Palm Beach, was standing for a stirring rendition of the national anthem by D.C. Washington with his customary up-tempo rhythm. His was a familiar voice for sports fans in the nation’s capital.2 A photo in the Palm Beach Post documents that spring-training setting, but close your eyes and you are listening to him at Nationals Park.3

Even before home-plate umpire Angel Hernandez called for the first pitch (1:06 P.M. EDT), word was reaching fans that Major League Baseball was about to suspend all baseball activities due to the pandemic. The Yankees won 6-3, the details of which are of little consequence under the circumstances. It was noticeable to fans that the umpires were checking their watches during the later stages of the game. Indeed, the game finished five minutes before MLB implemented the suspension at 4:00 P.M. EDT. It was going to take a while to figure out the consequences and repercussions of that action.4 But MLB wasn’t alone. The next morning’s Palm Beach Post sports section headlined analogous actions taken by the NCAA for March Madness and the PGA Tour for The Players Championship.5

As we fast-forward 133 days to Opening Day in July, we mustn’t forget the death, suffering, and hardship brought each day by the pandemic. We must also remember the heroism, sacrifice, and charity exhibited by many in response. Dave Sheinin, Washington Post sportswriter, described what everyone associated with major-league baseball was about to confront in a 60-game season: “It is as much a science experiment as a championship pursuit.”6

Opening Day stood in stark contrast to that springlike March day in Florida. Nationals Park was virtually empty when the World Series flag was raised. Only a smattering of fans was ready to watch a ballgame from their rooftop seats beyond the center-field entrance to the park. D.C. Washington again sang the national anthem at Nationals Park, as he often did. He was as forceful as ever, but this time his performance was prerecorded on the big scoreboard in a ballpark without fans. Recorded crowd noise suitable for any event that might occur on the field was ready for use. Weird, strange, unprecedented, or any number of synonyms could easily describe the day.

Now it was time for some baseball — Max Scherzer versus Gerrit Cole. Nothing stirs the excitement of baseball fans prior to a game more than the anticipation of two elite pitchers facing each other. When Scherzer and Cole last met as mound opponents, the circumstances were completely different. It was Game One of the 2019 World Series, the Nationals versus the Astros. Now Scherzer wore a World Series ring and Cole wore a different uniform, having raised his pay grade as well. In December the New York Yankees signed Cole to the richest contract ever given to a pitcher, $324 million over nine years.7

Coincidentally, it was also home-plate umpire Angel Hernandez who called for baseball’s first pitch of the regular season, just as he had done for the Nationals and Yankees on that March day in Florida. Scherzer retired the first batter, Aaron Hicks, on a grounder to second, but Aaron Judge became the season’s first baserunner with a single to left. With two outs, Giancarlo Stanton hit a fastball 459 feet into the empty seats beyond the left-center-field wall. It was the longest home run allowed by Scherzer since MLB’s Statcast first recorded those distances in 2015.8 Watching a Stanton home run sail out of the ballpark was a familiar experience for Nationals fans, even virtually. As a Marlins outfielder (2010-2017), Stanton hit 20 home runs at Nationals Park.

Adam Eaton hit a solo home run in the Nationals’ first inning to cut the Yankees lead in half, 2-1. It would be the one and only hit all night off Cole!

When Scherzer struck out the side in the second inning, he was well on his way to a double-digit strikeout game for the 94th time in his career. But Scherzer continued to be challenged by Judge and Stanton. In the third inning, Judge lined a one-out double to left field, scoring Tyler Wade, who had walked to open the inning. In the fifth inning, walks to Gio Urshela and Gleyber Torres again got Scherzer in trouble. Stanton singled to right, scoring Urshela for a 4-1 Yankees lead and keeping the bases loaded. But Scherzer got Brett Gardner on a swinging strikeout, number 11 for the game, to end the threat.

Scherzer was in trouble again in the sixth inning with one out, when Luke Voit walked and Urshela singled. This time Scherzer was saved by thunder, lightning, and the deluge that followed. It was a short game (1:43) and a long rain delay (1:58) before the weather and the Yankees won out and the umpires called the game. Cole’s victory gave him 17 consecutive wins as the pitcher of record dating back to May 22, 2019, seven shy of tying Carl Hubbell’s all-time record achieved during the 1936-1937 seasons. Cole won three more games before the Braves beat him in late August, ending his streak at 20.

This Opening Day game was like no other, providing baseball fans with a first glimpse of what was in store for the 2020 season. Baseball is bound by tradition, but there were plenty of new rules to contemplate such as the use of designated hitters for all games. When entering a game, a relief pitcher had to face a minimum of three batters or complete an inning. What about extra-inning games? Each team would start any half-inning with a runner on second base. Official scorers were now virtual scorers doing their work remotely.9

New health and safety protocols, guided by a 113-page MLB manual, became part of the norm.10 Everyone not currently playing in the game were required to wear masks in the dugout and players could wear masks while on the field. Pitchers carried their own rosin bag out to the mound and brought it back to the dugout each half-inning. In order to maintain proper social distances in the dugout, many players sat in the empty stands. Later that night, at the season opener at Dodger Stadium, those players sitting in the stands were joined by cardboard cutouts of baseball fans.11

Within one week, COVID-19 outbreaks among players and staff caused entire series to be postponed and rescheduled, and protocols were being tightened.12 Hometown teams were playing in road grays in their own ballparks, a product of necessary rescheduling by MLB. Call it weird, strange, unprecedented, or any synonym you like. Washington Post columnist Thomas Boswell called it “capricious weirdness.”13 This was baseball in 2020, every time the umpire yelled, “Play ball!”14

It seems only fitting to finish a story about Opening Day 2020 with some baseball trivia. A hint: Dr. Anthony Fauci, director of the National Institute of Allergy and Infectious Diseases, threw out the game’s ceremonial first pitch to Sean Doolittle at Nationals Park. Topps NOW baseball cards highlight noteworthy individual games and player accomplishments and are sold for a 24-hour period. Which Topps NOW card released through Opening Day 2020 holds the record for sales? The answer is the Dr. Fauci card (51,512) purchased by the author and featured in this essay. The previous record was held by the Vladimir Guerrero Jr. card (19,396) which celebrated his first major-league hit.15

The author accessed Baseball-Reference.com for box scores/play-by-play information and other data.

1 “WHO Director-General’s Opening Remarks at the Media Briefing on COVID-19,” March 11, 2020, https://www.who.int/director-general/speeches/detail/who-director-general-s-opening-remarks-at-the-media-briefing-on-covid-19—11-march-2020.

3 Allen Eyestone, “Fans stand for the national anthem before the last spring training game of the season Thursday at the FITTEAM Ballpark of the Palm Beaches,” Palm Beach Post, March 13, 2020: C4.

14 Paul Dickson, The Dickson Baseball Dictionary, 3rd Edition (New York: W.W. Norton & Company, 2009), 651. “The command issued by the plate umpire to start a game or to resume action.” Dickson notes first use in the Boston Globe on May 13, 1886: “McKeever held a long discussion with Pitcher Harmon about signs. The crowd got impatient; one man yelled ‘Get a telephone!’ while the umpire ordered them to ‘play ball.’”