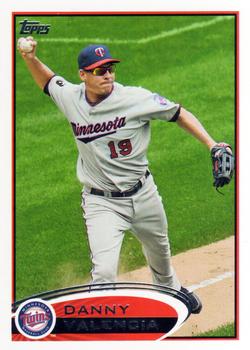 The Twins were coming off a four-game series at Camden Yards in which they won three of four games against Baltimore. The Royals, who were hosting Minnesota for a three-game set, had just completed a series in the Bronx in which they dropped three games out of four to New York.

It was a tale of two cities as the series began on July 26. But unlike Charles Dickens’s epic novel, the first game would not be remembered as a classic. The pitching matchup for the first game at Kauffman Stadium featured Francisco Liriano (8-7, 3.54 ERA) for the Twins and Zack Greinke (6-9, 3.59 ERA) for KC. Liriano, a southpaw from the Dominican Republic was having a streaky year. He began the season winning four straight, then lost three, won two, lost four, and was currently on a two-game winning streak. Greinke, the reigning Cy Young Award winner in the AL in 2009, was having a tough go of it in 2010. He started the season with a 1-8 record, and although he did win four straight games (June 13 to July 6), he had dug himself a steep hole.

The Twins, who scored 24 runs in the previous series against Baltimore, jumped on Greinke in the first inning. Jason Repko got the party started with a double to left field. He scored the Twins’ first run when Alexi Casilla followed with a triple to right field. Joe Mauer singled home Casilla and the Twins led, 2-0. Unfortunately for Greinke and the Royals, Minnesota was far from finished. Delmon Young doubled to left field, sending Mauer to third base. Greinke struck out Jim Thome and Michael Cuddyer. But he walked the bases loaded with a free pass to Jason Kubel. In stepped Danny Valencia. The rookie third baseman connected for the first home run of his major-league career, a grand slam, and the Twins led 6-0. Valencia became the first Twins player to hit a grand slam for his first big-league round-tripper. “When I hit it, it never crossed my mind that it was going over the fence, it had been so long,” said Valencia. “Everyone here was teasing me about not having home runs, so it was nice to get it out of the way.”1

The score remained 6-0 until the top of the fourth inning, when Mauer singled home two runs with two outs. Meanwhile, Liriano was facing little fight from the Royals. Through five innings, he gave up two hits. With a lead of eight runs, the end result did not seem to be in much doubt.

Kansas City manager Ned Yost pulled Greinke from the game after four innings. The parade of relievers began with Kanekoa Texeira. The Kula, Hawaii, native shut down the Twins in order in the fifth inning, In the sixth, Texeira and his successor, Victor Marte surrendered six more runs to the Twins. Valencia led off with a double and Texeira retired the next two batters. But a single by Casilla, back-to-back doubles by Mauer and Young, and a walk to Thome plated three more Minnesota runs and sent Texeira to the clubhouse. Jose Morales was inserted as a pinch-runner for Thome. Cuddyer doubled to left to score Young and move Morales to third base. Kubel singled to right field, driving in Morales and Cuddyer. The score was now 14-0.

In the seventh Mauer stretched the lead to a football-like score of 17-0 with a three-run homer off Marte. The home run was Mauer’s sixth on the season. The Twins tacked on two more runs in the top of the eighth. Mauer, the reigning AL MVP, was a triple away from hitting for the cycle and due to come up again in the eighth. But Minnesota manager Ron Gardenhire pinch-hit Drew Butera for Mauer. Butera lined out into a double play, 1-3.

The Royals did manage to finally put a run on the board in the bottom of the ninth when Wilson Betemit doubled home a run, making the final score 19-1. The announced attendance was 19,306. Considering all the scoring, the time of the game was still only 3:01.

“A heck of a ballgame for us,” said Gardenhire. “The ball was flying all over the place.”2

One highlight for the Royals was that their catcher, Jason Kendall, was catching the 2,000th game of his career. The 36-year-old Kendall, who was in the last year of a 15-year career, joined an elite group of backstops in this category. Only four others caught in 2,000 or more games: Ivan Rodriguez, Carlton Fisk, Bob Boone, and Gary Carter.3

The Twins went on to win the AL Central with a record of 94-68. Kansas City finished in last place, going 67-95 and 27 games back. Minnesota was swept in the ALDS by New York.

Although the 2010 season was not a great one for the Royals, they did bounce back. They won back-to-back American League pennants in 2014 and 2015. They lost in seven games to the San Francisco Giants in the 2014 World Series. But in 2015 they knocked off the New York Mets in five games.