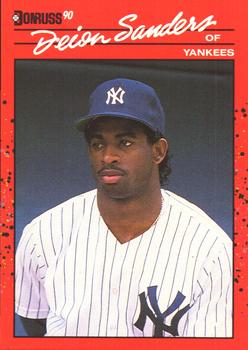 After defeating the Indians in game one of their July 29, 1990, doubleheader, the Yankees were ready to face Cleveland in game two. The game had been rescheduled after snow forced the Indians to call off the teams’April 11 game. New York manager Stump Merrill picked five-year veteran Jimmy Jones to send to the mound. The Yankees had acquired Jones in an October 24, 1988, trade with the San Diego Padres. San Diego had sent Jones, Stan Jefferson, and Lance McCullers to New York for Jack Clark and Pat Clements. In 11 games for New York in 1989, Jones had gone 2-1 with a 5.25 ERA.

For Cleveland, John McNamara went with Cecilio Guante, who entered the game with a record of 2-2 and a 4.53 ERA. Guante was making the first start of his major-league career after 362 relief appearances.1

Things did not start off well for the Indians as Roberto Kelly led off the game with a home run off Guante, a former Yankee.2 It was Kelly’s second home run of the day.3 The good thing for Cleveland was that other than Guante hitting Matt Nokes with a pitch, Cleveland got out of the inning down only 1-0.

The only blemish on Jones in the first inning was a two-out single by Dion James.

Guante got the side out in order in the second and then Brook Jacoby hit a one-out solo home run to tie the score after two innings.

Deion Sanders homered off Guante to lead off the third inning and Kelly followed with a single to left field. A double by second baseman Steve Sax scored Kelly to make the score 3-1, Yankees.

New York turned a double play with men on first and second with one out to end the third inning, still with a 3-1 lead.

Guante gave up a leadoff single to Randy Velarde in the fourth inning. Velarde went to second on a groundout by Wayne Tolleson. Guante was replaced by right-hander Colby Ward, who was making just his second appearance in the major leagues. A wild pitch sent Velarde to third base, and he scored on a sacrifice fly by Sanders to give New York a 4-1 lead.

Jones gave up a single to Jacoby to open the bottom of the fourth, but Jacoby was erased in a double-play grounder hit by Cory Snyder. Jones gave up another single, to Felix Fermin, but Joel Skinner grounded out to Velarde at third base to end the inning.

Ward allowed a one-out single to Oscar Azocar in the top of the fifth. Ward struck out Nokes with Azocar stealing second base. After an intentional walk to Kevin Maas, Brian Dorsett flied out to Snyder for the final out of the inning.

Cleveland scored two runs in the fifth inning. Center fielder Alex Cole singled and stole second. After Tom Brookens struck out, James walked. Cole and James executed a double steal, and Cole scored on Candy Maldonado’s groundout. Jones walked first baseman Ken Phelps, and gave up a run-scoring single to Jacoby. Cleveland had made it a one-run game, 4-3, and Merrill replaced Jones with Eric Plunk, who had earned a hold in the game-one win. Plunk got Snyder to ground out and end the Cleveland threat.

After a one-out walk to Tolleson in the Yankees’ sixth, Ward retired Sanders and Kelly. For the Indians in the sixth, Plunk struck out Fermin and Skinner and got Cole to fly out to left field.

Jesse Orosco replaced Ward on the mound to start the seventh and allowed just a one-out double by Azocar and an intentional walk to Steve Balboni. They were the only two Yankees to reach base in the two innings Orosco pitched.

The Yankees’ Plunk faced 12 batters in three innings, getting into a jam in the eighth with two outs. Jerry Browne singled and went to second on a wild pitch as Plunk walked Sandy Alomar. Out of the game went Plunk and in came New York’s Greg Cadaret, who had earned his first save of the season in the first game. Cadaret got Mitch Webster on a grounder and it was on to the ninth inning.

Doug Jones replaced Orosco for the Tribe in the top of the ninth. He retired the Yankees in order on eight pitches (a lineout to shortstop, a groundout to third, and a popup to short).

Cadaret began the bottom of the ninth for New York by getting Brookens to line out to Alvaro Espinoza, who had replaced Tolleson at shortstop. Chris James batted for Dion James and grounded to third. Cadaret struck out Maldonado to nail down the sweep for New York and get his second save of the day and the season in the 4-3 win. The victory gave the Yankees their second sweep of the Indians in three days and a solid 6-6 road trip.4 “We’ve had a successful road swing,” said Stump Merrill. “Anytime you win four of five on the road, you’ve done a helluva job.”5

Plunk, the pitcher of record since Jones left the game after 4⅔ innings, earned the win.

After the doubleheader sweep, the Yankees had a record of 38-61, still the worst in baseball. They were just behind the Atlanta Braves, who were in last place in the National League West Division with a 39-60 record. New York was now 15 games behind the first-place Toronto Blue Jays in the American League East.

New York finished the 1990 season with a record of 67-95, 21 games behind the American League East champion Boston Red Sox. The Yankees managed to nose out the Braves, who finished with a major-league-worst record of 65 wins and 97 losses.

There were worries at the time that the 1990 season might prove the end of an era in New York. After the game Yankees first baseman Don Mattingly said, “If I can’t be myself and be productive, then I won’t keep playing. … I would walk away.”6 Mattingly had gone on the 21-day disabled list with a bad back the previous week. He was out until mid-September but came back and played five more seasons for the Yankees, and added another four Gold Gloves to his collection.

In addition to the game story and box-score sources cited in the Notes, the author consulted the Baseball-Reference.com and retroheet.org websites.