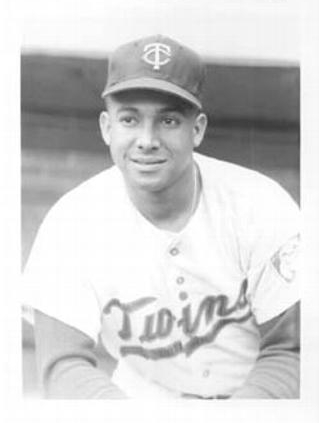 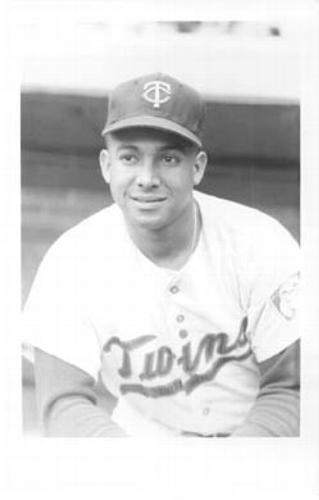 Roman candles and bottle rockets lit up the evening sky on the Fourth of July in the Twin Cities. In the afternoon the Minnesota Twins produced baseball fireworks in the first game of a doubleheader at Metropolitan Stadium against the Chicago White Sox. It was the summer of 1961, and fans were coming out in strong numbers to support their new baseball team.

During the first game of the series, the night before, a big crowd of 30,392 had to wait out a 48-minute seventh-inning rain delay. They were rewarded as the Twins prevailed, 7-6. Minnesota was 31-46 after winning five of its last eight. Chicago had lost five of six after winning 12 in a row. The White Sox were in fifth place at 39-39, 7½ games ahead of the Twins. White Sox manager Al Lopez was not pleased afterward, saying, “Both teams played lousy ball tonight.”1

Chicago scored first, in the third inning on a walk to J.C. Martin, his steal of second, and Luis Aparicio’s single. Pierce blanked the Twins in their half of the third, and Floyd Robinson led off the fourth with a single. Two outs later Jim Landis walked, and Cueto was lifted with a 3-and-2 count on Martin because of a finger blister. Martin singled to center on rookie reliever Bill Pleis’s first pitch for two runs and a 3-0 Chicago lead.

In the fifth inning the Twins broke the shutout. Bill Tuttle delivered his first homer of the year, over the right-field fence. In the top of the sixth, Chicago answered with a run on a bases-loaded sacrifice fly by pinch-hitter Al Smith. That made it 4-1.

After Pleis retired the White Sox in the seventh, Jim Lemon led off the home half by hitting one over the right-field screen for his eighth home run. Neither team scored in the eighth inning and it remained 4-2. Pleis had pitched well enough for four innings to keep Minnesota within reach.  Mele brought in veteran Chuck Stobbs to pitch the ninth. The 32-year-old left-hander retired Landis, Sammy Esposito, and Bob Roselli in order.

The Twins had collected only six hits off Pierce through eight innings. Harmon Killebrew led off the ninth and flied out to center fielder Landis in front of the wall. After Bob Allison singled, Lopez replaced Pierce with right-hander Russ Kemmerer to face Lemon. Lemon flied out to right field. With two outs, catcher Earl Battey kept the ninth going with a single to left, his second hit of the game. Lopez made another move and brought in Frank Baumann to retire left-handed hitter Lenny Green and stop the rally. But Baumann walked Green and the bases were loaded. The fans got excited and hoped for a hit that could tie the game.

Lopez stepped out of the dugout again, and the fans were standing and making noise over the manager’s plight. He called for the veteran right-hander Warren Hacker. Hacker was used strictly in relief by Lopez, having posted four saves thus far.2 His job was to retire Bill Tuttle and finish this win.

Mele decided to make a move in this spot and told pinch-hitter Julio Becquer to get ready.

Once Hacker was summoned to come in and pitch, Mele informed umpire Hank Soar that Becquer was to bat for Tuttle. The matchup would now be lefty versus righty, and Becquer had been in this role before.

Becquer was hitting only .233 overall but was 2-for-3 in his last three pinch-hit attempts. His custom was to go up to the plate swinging, and Hacker delivered the first pitch. It was right in there and Becquer made full contact and sent the ball deep to right-center field. When the ball sailed over the fence at the 365-foot sign, the Twins had a thrilling two-out pinch-hit walk-off grand slam to win the game. Becquer trotted around the bases to loud cheers and full-throated roars. He was slapped on the back by third-base coach Clyde McCullough as he went by, and followed Allison, Battey, and Green across home plate. With the 6-4 victory the Twins had swiped a game the White Sox thought they had in the win column.

After the game Mele was asked why the part-time first baseman Becquer didn’t play regularly. He explained: “He’s more effective as a pinch-hitter. Julio tends to swing at bad balls occasionally. Over a period of time this would catch up with him. But in a situation like today, where the pitcher has to get the ball near the plate, Becquer is tough.”3 This was the third pinch-hit homer of the season for the 29-year old. He was a sizzling 8-for-14 (.571) with nine runs batted in in a pinch. As a regular in the lineup, he was 3-for-20 (.150).

Ron Henry roomed with Becquer on the road. He said that Becquer “is a fellow deadly serious about pinch-hitting successfully.”4 Becquer had a habit of arriving early every day and said, “I must be ready at all times. It’s hard to keep your timing when you don’t play every day, so I come out early every day to take batting practice.”5

Because of the late game Monday night, several players came in too late to take batting practice.  Becquer was able to get in even more time in the batting cage. “Becquer talks about pinch-hitting a lot,” Henry said. “We really agree on swinging at that first pitch if it’s anywhere near over. Becquer can hit any pitch, and the pitchers see him only one time a game or less. It’s hard to pitch to him. And they can’t afford to throw a bad pitch and get behind him.”6

Becquer’s grand slam was unusual in that each run scored was charged to a different pitcher. The losing pitcher was Frank Baumann. Lopez felt that the key play of the game was the walk issued to Lenny Green by Baumann. “We took Baumann out after that,” Lopez said. “And why not? A man doesn’t deserve to stay in after walking a man in that situation.”7

The winning pitcher was Stobbs, who said, “Sure picked up an easy victory after pitching only the ninth inning. But I’ve lost my share of the same type in a hurry.”8 The win for Stobbs was the last of his career and 1961 was his last season. He compiled a 107-130 career mark, with 89 of the losses for poor Washington Senators teams.

Julio Becquer was born in Havana in 1931. He was signed in 1952 and went to a Senators farm team in Drummondville, Quebec. He competed in parts of five seasons for Washington before being claimed by the expansion Los Angeles Angels in December 1960. Becquer struck out in five of his first six at-bats for manager Bill Rigney and was sold to the Phillies organization in May 1961. He was assigned to Buffalo and played 19 games for the Bisons. before the Twins purchased his contract. “I was resigned to spending the season in the International League until the Twins bought me,” Becquer said.9

After 1961 Becquer’s future with the Twins looked uncertain. He joined the Mexican League and in 1963 got a call from Twins owner Calvin Griffith, who told him he needed some more time playing to earn his pension. He said Griffith told him, “I want you to fly here right away, and I want to reinstate you on the club until you qualify.”10

Becquer was signed, and in September appeared in one game as a pinch-runner for the Twins. He scored a run and he scored his pension as well. Becquer left baseball after a few more years in Mexico. He worked in sales in Minnesota for 30 years before retiring. He spoke at an event in 2016 and said, “I’ve always been grateful to Calvin Griffith.”11

2 Saves were compiled only unofficially from 1960 to 1968. The four saves by Hacker were credited retroactively after saves became an official rule in 1969.

11 Remarks at the Society for American Baseball Research Halsey Hall Chapter meeting in Minneapolis on April 9, 2016.