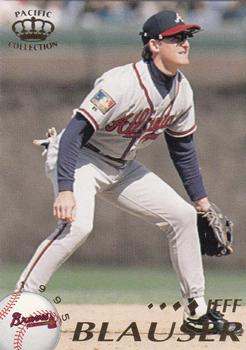 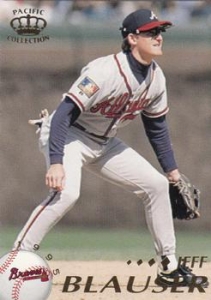 American Independence Day, July 4, roughly marking the middle of the baseball season, is also significant in the venerable history of the Boston-Milwaukee-Atlanta Braves franchise. On July 4, 1914, the Boston Braves lost both ends of a home doubleheader to the Brooklyn Robins to further embed themselves in the National League cellar with a 26-40 record. But under manager George Stallings, those Braves then caught fire, finished 94-59, and won the pennant by a comfortable 10½ games. By then both Stallings and his team had earned the appellation “Miracle.”1 The club topped things off by sweeping the 1914 World Series from Connie Mack’s formidable Philadelphia A’s.

The Milwaukee Braves stood in third place, 42-32 and a game and a half out when play finished on July 3, 1957. They finished 95-59, eight games ahead, to win the National League pennant then beat the New York Yankees in the World Series.2

By the end of the 1990 season, the ebb and flow of mediocrity that had plagued the Braves since their move from Milwaukee to Atlanta left the team at with a 65-97 record in last place in the National League West Division. There was no place to go but up — and the 1991 Braves did just that, with a rejuvenating mix of veteran and young players. That team was 38-37 and 8½ games out at the close of play on July 3 before charging to a 94-68 record under reinstalled manager Bobby Cox to win the NL West divisional pennant by one game.3 They went on to nip the Pittsburgh Pirates four games to three in the NLCS, then fall to the Minnesota Twins by the same count in a World Series that many still count among the most exciting in baseball history.

The suddenly relevant Braves repeated as West Division champions in 1992 and 1993. But whatever the 1994 standings might have been will forever be an unsolvable mystery, as player-management discord resulted in a strike that stopped play after the August 11 games, wiped out the postseason, and extended into 1995 spring training.4

Baseball initially struggled through a farce of spring training with what ownership termed “replacement players” before the strike was settled by court injunction on March 31. Traditional spring training got a late start, which delayed the start of the 1995 regular season.5

Striving for a fourth straight divisional title, the 1995 Braves, now in the reconfigured National League East, initially had trouble getting traction.6 Yet they never fell below third place, and by June 25 had climbed back to second, but were still 4½ games behind the Philadelphia Phillies. But by June 29, an off day on which the Phillies lost, Atlanta was 2½ games back after a walk-off win at home against Montreal the night before. The Braves rolled into Philadelphia on Friday, June 30, for a four-game set that could set the tone for the rest of the divisional race.

The Braves’ division deficit was back to 3½ games when the Phillies’ Tyler Green outdueled John Smoltz on Friday night, 3-1. Then, the dominance of the Braves’ starting pitching asserted itself as Greg Maddux, Tom Glavine, and Steve Avery paced Atlanta to wins in the next three games. After Avery’s 10-4 win on July 3, the Braves were 38-25, had cut the margin to a half-game, and were on their way back home to meet the Los Angeles Dodgers on Tuesday night, July 4.

The Phillies had an afternoon game that day in Pittsburgh. Despite Philadelphia’s heritage as the home of the Liberty Bell, they absorbed some cracks of their own, losing 7-0 to their cross-state rival Pirates. That evened the National League standings, giving the Braves an opportunity to move back into first place for the first time since May 7, when the Phillies had slipped past them.

On the Fourth, 49,104 fans filled Atlanta-Fulton County Stadium for traditional holiday fireworks and to greet their team after the success in Philadelphia. The Dodgers were in their own pennant race; the Rockies had increased their lead in the NL West to one game with a win on Monday while the Dodgers were idle.

Dodgers manager Tom Lasorda tabbed 21-year-old righty Ismael Valdez, a second-year man, as his starter. Valdez sported a 2.53 ERA and had won five straight starts in June before losing his last outing, against the San Diego Padres on June 28. The fifth starter in Atlanta’s rotation, lefty Kent Mercker, was Bobby Cox’s choice. On paper the Dodgers appeared to have the best of it — Mercker’s ERA over 12 starts through June 28 was a pedestrian 4.68 on a starting staff featuring three future Hall of Famers in Maddux, Glavine, and Smoltz, along with 1991 National League Championship Series MVP Avery.

The pitchers dominated both halves of the first inning, getting all six outs on a total of 14 pitches. Valdez was especially effective, retiring the Braves on five, with an outfield assist by right fielder Raul Mondesi thwarting Chipper Jones’s attempt to stretch a single into a double. Mercker’s first-inning success evaporated in the second. Eric Karros ripped his first pitch into left field for a double, went to third base on Roberto Kelly’s sharp single up the middle, then scored on Mondesi’s sacrifice fly to center fielder Marquis Grissom. Mercker got some help when Kelly strayed far enough off first base for Grissom to double him up there as he tried to scramble back. That out saved a run when the next batter, Tim Wallach, homered to left to make it 2-0, Dodgers. Mercker then fanned Billy Ashley to escape further damage. The Braves responded, getting one run back in their half of the second on a solo home run down the right-field line by David Justice.

Los Angeles got runners as far as third base in each of the third and fourth innings, while Valdez kept the Braves in check until Ryan Klesko’s solo homer on an 0-and-2 pitch tied the game with two outs in the Atlanta seventh. Then, after Greg McMichael, who had replaced Mercker to open the seventh inning, and Brad Clontz, who replaced McMichael for the final two outs in the Dodgers’ eighth, kept the score knotted, Cox pulled managerial magic as the Braves batted in the their eighth. He used Dwight Smith to pinch-hit for number-eight hitter Rafael Belliard, who had done nothing with Valdez.

Smith worked a six-pitch walk. Pinch-hitter Mike Mordecai bunted him to second on the first pitch. Lasorda elected to intentionally walk Grissom to pitch to Jeff Blauser, who was in the midst of a prolonged slump.7 This time, Blauser got to a 3-and-2 count and broke his bat on Valdez’s seventh pitch, but managed to bloop the ball just out of reach of shortstop Jose Offerman as Smith roared home with the lead run. “I’ll take it. Texas Leaguers aren’t too bad. The past few days I hit a few balls hard and they didn’t fall in,” Blauser told writers.8

That run was enough to move the Braves into first place, as closer Mark Wohlers polished off Mondesi, Wallach, and pinch-hitter Dave Hansen on nine pitches to seal the win for Clontz.

It had indeed been another significant July 4 for the Braves franchise. Atlanta went on to win eight of their next nine games. By July 15 they were 21 games over .500 and led second-place Philadelphia by 6½ games in the division. The Braves cruised in first place the rest of the way, finished 90-54 with the shortened schedule, and won the 1995 NL East crown — their fourth straight — by a tidy 21-game margin. With that kind of dominance and the playoffs looming, another miracle might be in the offing.

In addition to the sources cited in the Notes, the author used the Baseball-Reference.com and Retrosheet.org websites for box scores, team and player pages, and game and season logs.

4 The 1994 Braves stood 68-46 and in second place, six games behind the Montreal Expos in the new NL East, when the strike stopped play.

6 Beginning with the 1994 season, the National League reconfigured its divisional alignment with a new Central Division. Before the 1994 realignment, the East and West Divisions had seven teams each; as realigned, the East and new Central Divisions had five teams each, and the West had four. The Braves and Dodgers, former rivals in the West Division, were now in different divisions.

7 In the preceding Philadelphia series, Blauser had been 1-for-19. Jack Wilkinson, “Blauser Breaks Bat, Slump, Dodgers,” Atlanta Constitution, July 5, 1995: 25. He was hitting .222 going into this game, but had managed a single in the fourth inning. The hit was a nonfactor when Blauser was promptly erased on Jones’s double-play ball.