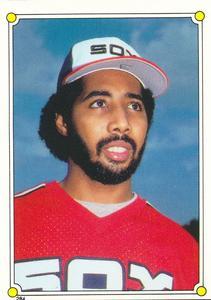 “They might be right,” Dan Evans thought to himself when he saw the cover of the April 6, 1987, issue of Sports Illustrated, with its subhead that proclaimed, “Believe It! Cleveland Is the Best Team in the American League.”1

After all, the then 27-year-old Evans knew the team he served as director of baseball operations, the Chicago White Sox, wasn’t going to win the World Series, coming off a 72-90 campaign in 1986, in which broadcaster Ken Harrelson had taken a floundering turn as general manager. The Indians, on the other hand, boasted bats like Julio Franco, Joe Carter, and Brook Jacoby and had gone 84-78 in 1986, their best record in almost 20 years.

One day in early July of the 1987 season, however, would show why this Sports Illustrated cover ranked among its most inaccurate forecasts of all time.

“This is the first laugher we’ve had in a long time,” White Sox manager Jim Fregosi told the Chicago Tribune, after his team won 17-0 in Cleveland.2

By then, the word had probably already started getting out about the Indians, with Cleveland entering the day 27-52. The White Sox came in 30-47, the Tribune’s beat writer, Ed Sherman, conceding in an interview for this article that he didn’t remember the game or much about the ’87 team.

“It was just your mediocre, pretty forgettable team,” Sherman said. “I don’t know what more I could say.”3

For the White Sox, it was a getaway Sunday game, Evans remembered in an interview, with the team due to take a charter afterward to Baltimore. The White Sox took on the Indians in front of an announced crowd at Cleveland Stadium of 10,084, though, as Evans said, “I don’t think there was 10,000 fans in that ballpark.”4

The Indians would barely top a million paid fans for the season, foreshadowing the plot of the 1989 film Major League, in which a newly minted and disaffected owner of the team attempts to get them to play poorly enough so attendance can fall below 800,000 and help the Indians get out of their lease with the city and relocate to Miami.

The game began quietly enough, with neither team posting a run in the first inning. The Indians had a chance for an early lead, with Brett Butler and Tony Bernazard opening the game with singles. A double play and a popout by Carter followed.5

Things quickly shifted in the second inning, with Chicago batting around and scoring six runs. It was the first stages of a rare offensive display, every batter on the White Sox getting a hit. Three men – Ozzie Guillen and future Hall of Famers Carlton Fisk and Harold Baines – had three hits apiece, with Indians starter Phil Niekro lasting just three innings and surrendering eight earned runs.

But age and the 1987 Indians were too much for Niekro, who entered the day against the White Sox with a 4.93 ERA and was less than three months from his final start.

“What I remember more than anything is that his knuckleball just didn’t have as much life,” Evans said. “His knuckleball didn’t knuckle and when it doesn’t, it’s a bad day at the beach for the pitcher.”6

Niekro’s relievers didn’t fare much better, with Ed Vande Berg allowing three earned runs in two innings and Mike Armstrong getting tagged for five in 1⅓ innings before closer Doug Jones settled the White Sox down, with one run over the final 2⅔ innings.

“Those were big runs against Niekro,” Fisk told the Tribune. “It let us relax a bit. Half the battle in this game is easing the tension and playing relaxed.”7

Leading the White Sox in runs batted in were Ken Williams and Baines, with four apiece. Guillen and Greg Walker each drove in three.

Meanwhile, White Sox starter Scott Nielsen enjoyed one of the brightest days of his career, throwing a six-hit shutout with three strikeouts and one walk.

The 28-year-old Nielsen was midway through an unremarkable big-league run, with a 9-11 record and a 5.49 ERA in four seasons. Statistically, though, it was a somewhat unusual career, with the Play Index tool on Baseball-Reference.com noting just six pitchers in baseball history with a higher lifetime ERA who threw at least three shutouts, as Nielsen did. Separating out Nielsen’s three shutouts, he otherwise had a 6.77 career ERA.

Nielsen hadn’t even made the White Sox out of spring training, starting the year with Triple-A Hawaii before a hamstring injury to White Sox starter Neil Allen led to his call-up in early June.

That July day in Cleveland, however, Nielsen forgot his struggles.

“I think the most impressive part was as a young guy, he was able to keep his focus and maintain his own job on the mound,” Evans said.

When they get lead like the one Nielsen had, most young pitchers began to lose their competitive edge, Evans said. “The command starts to wander.” “Guys get on base and it gets a little ugly. He never got there.”8

Nielsen was low-key after the game, telling the Tribune, “Getting runs is conducive to winning baseball games.”

Pitching coach Dick Bosman was more effusive. “His control is improving,” Bosman told the Tribune. “He’s getting his mechanics down much better. He’s getting a better idea of what he has to do to get the ball over for strikes.”

Nielsen’s appearance would foretell the youth movement that helped return the White Sox to prominence, with draft picks Jack McDowell, Robin Ventura, Frank Thomas, and Alex Fernandez forming the core of a team that went to the American League Championship Series in 1993.

Early signs of the White Sox improvement began to show after the Indians trouncing, with the team going 46-38 in its remaining games to finish 77-85.

There might not have been much celebrating, as Harrelson’s no-nonsense successor as general manager, Larry Himes, had banned beer in the clubhouse, Sherman remembered.9 Still, it wasn’t a bad getaway for the White Sox.

“When you win a game like that on the road, it’s always a positive day for the traveling party,” Evans said.10

Things wouldn’t get better thereafter anytime soon for the Indians; they went 34-48 the rest of the season to finish 61-101. The team wouldn’t finish over .500 again until 1994, when years of rebuilding finally culminated in a bright young club stocked with budding stars like Albert Belle, Kenny Lofton, and Jim Thome.

The Associated Press quoted Butler as saying that Sports Illustrated’s prediction had caught him off-guard. And it wasn’t just SI, either, the AP noted, with Sport magazine having also put out a cover piece on the Indians in April 1987 titled, “The Last Shall Be First.”

“I was surprised everybody picked us first, basically because we didn’t do much with our pitching staff in the off-season,” Butler told the AP.11

Indeed, Niekro and another aging future Hall of Famer signed at the start of the season, Steve Carlton, came nowhere close to shoring up a porous rotation, with the Indians logging a 5.28 ERA as a club and just two pitchers on the team, neither of them a starter, finishing below 4.00.

Neither Niekro nor Carlton would be on the Indians within a month of the White Sox blowout, with Carlton traded to the Minnesota Twins on July 31 and Niekro jettisoned nine days later to the Blue Jays. Niekro finished his career in September with the Braves.

The Indians hadn’t pitched particularly well in 1986, either, with a staff 4.58 ERA, though that club had made up for it by batting .284, 22 points above the American League average. The 1987 Indians, though, hit .263, two points below league average.

“I just think it was kind of a year where … everything just kind of went backwards for them,” Sherman said. “I think that that’s kind of been their history. Or Cleveland, it was their history for a long time, prior to the ’90s.”

All the same, for Evans and others, the spectacular failure of the 1987 Indians came as a surprise.

“It’s just, the game is sometimes so tough to figure out,” Evans said. “When you think you’ve got a Monet and you don’t. You have just a graffiti-laced painting. It’s one of those things that you just don’t really know what it’s like until the team is actually on the field, assembled, and playing.”12

In addition to the sources cited in the Notes, the author consulted Baseball-Reference.com, and the following: