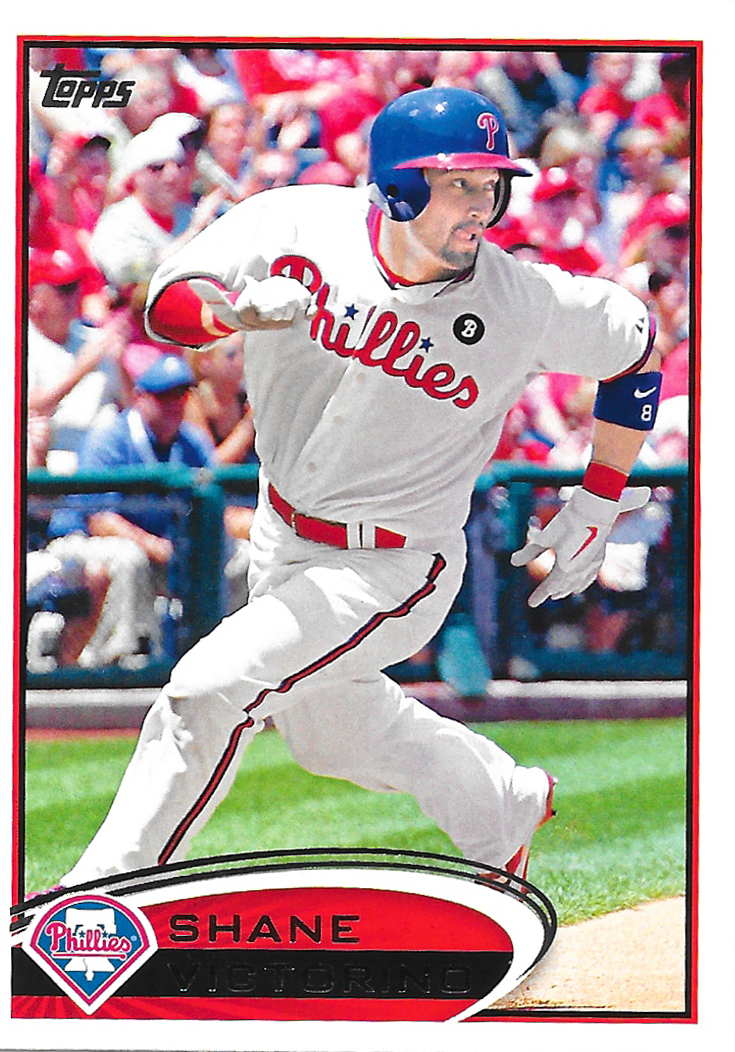 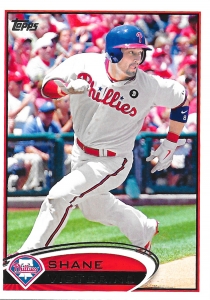 The Cincinnati Reds are the oldest major-league franchise, dating back to 1869. The Philadelphia Phillies, the oldest same-named, same-city team in American sports history, have lost more games than any other franchise in major-league baseball: Their total at the end of 2019 was exactly 11,000.

The Reds won their first World Series in 1919, defeating the Chicago White (Black) Sox. They won the NL pennant four times during the 1970s, won back-to back World Series in 1975 and 1976, and are the only team since divisional play started to go undefeated in postseason play. The Phillies spent most of the first half of the twentieth century in the second division, finishing seventh or eighth in 26 of 30 years between 1918 and 1947, with three-year streaks of eighth place twice and one five-year cellar streak. From 1976 to 1983 the Phillies reached the postseason with help from former Reds Rose, Tony Perez, and Joe Morgan. The franchise’s first 95 years produced two World Series appearances. Rose joined the Phillies in 1979; five years later they had two more World Series appearances, winning in 1980.

Neither Dusty Baker nor Charlie Manuel foresaw what would happen on July 6, 2009, a warm Monday evening in South Philly. The Phillies were rolling along to another World Series, in the middle of their 2007-2011 run that would become the best five-year stretch in their history. The Reds, although at .500 (40-40), were in need of a good run on a pre-All-Star break. They were chasing the Cardinals, who defeated them the day before, 10-1. The Reds had a subpar second half in 2009, and finished 74-84, fourth in the NL Central Division.

The Phillies’ first-place lead was one game after a four-hit shutout of the Mets on Sunday. The 2008 World Series MVP, Cole Hamels, was struggling at 4-5 when he took the mound. Reds starter Johnny Cueto, at 8-4, had accounted for one of every five Reds victories thus far. Joey Votto and Jonny Gomes were the Reds’ top hitters at .364 and .333, respectively.

In the top of the first, the Reds’ Willy Taveras and Jerry Hairston were retired on fly balls. Votto stayed hot with a single to right. Brandon Phillips sent Shane Victorino to the warning track.

The Phillies started with Victorino’s homer on a 1-and-2 pitch from Cueto, who had walked Jimmy Rollins at 3-and-2. Chase Utley struck out looking, also on a 3-and-2 pitch, and Ryan Howard lined out to third. Jayson Werth lined Cueto’s fourth pitch to center for a single. Greg Dobbs, starting in left for the injured Raul Ibanez, followed with a two-run homer to right field. It was Dobbs’ only hit off Cueto in 10 plate appearances. Cueto hit Pedro Feliz with his 32nd pitch of the inning, Carlos Ruiz then walked on a 3-and-2 count. Cueto was showing wear when Hamels doubled down the right-field line for two more runs.

With the score 6-0 and two out, Baker stayed with Cueto. Leadoff hitter Jimmy Rollins’ second at-bat produced a liner over Willy Tavares’ head in dead center, scoring Hamels to make the score 7-0. When Shane Victorino walked, Dusty Baker mercifully replaced Cueto with Danny Herrera. Chase Utley homered to deep right-center and the Phillies had a 10-run inning. Howard made his second out of the inning as the 13th batter, looking at strike three.

Jonny Gomes led off the top of the second with a home run, but Hamels settled down with two groundouts, then struck out Edwin Encarnacion looking.

In the bottom of the second, Dobbs and Feliz each got his second hit of the day. Ruiz singled past Hairston, making the score 11-1. Herrera then retired Hamels and Rollins.

Baker let Herrera bat in the top of the third; he grounded out to second, as did Taveras. Hamels closed a 10-pitch third when Hairston flied out to left.

Victorino greeted Herrera with a double to start the Phils’ third. Utley walked, Howard hit into a fielder’s choice, and Werth’s sacrifice fly scored Victorino. Dobbs made his first out of the day, grounding out to second. Phillies 12, Reds 1.

Hamels’ streak of retired batters reached nine after he retired Votto, Phillips, and Gomes on 14 pitches – a fly to left, a popup to second, and a strikeout of Gomes.

Nick Masset came in to pitch the bottom of the fourth for the Reds. Two outs seemed like a cue for the Phillies offense this day; Feliz hit a fly ball to short right field, Ruiz hit to the box, and Masset had the first two outs. Masset could have turned the lineup over by retiring Hamels, but the Phillies lefty got his second hit of the day. Masset then walked Jimmy Rollins. Victorino, hitting every Reds pitcher to this point in the game, doubled to score Hamels. Utley singled Rollins home. Eric Bruntlett ran for Utley, who finished the day with four RBIs. Ryan Howard finally reached base with a line-drive single to right-center, scoring Victorino and Bruntlett. Manuel summoned John Mayberry Jr. to run for Howard and play left field. Greg Dobbs moved to first base.

The Reds now trailed 16-1. The fifth, sixth, and seventh innings were uneventful, by comparison, with only 21 batters coming to the plate during six half-innings. Hamels, still relishing the 15-run lead, retired nine of 10, the lone hit a line single to left by Encarnacion. Hamels later commented, “I had to go out there and just focus on one pitch at a time and not really think about if we had any runs.”2

Reds pitchers Carlos Fisher and Josh Roenicke fared better than other Reds pitchers; Fisher retired six of seven. Only Rollins reached, on a ground single to right. Roenicke, pitching in his 11th major-league game, struck out Mayberry and Werth. Greg Dobbs got his fourth hit of the day, a double to left. Feliz lined to left, completing three scoreless innings for Reds pitchers.

Hamels was done for the day, yielding to Tyler Walker for the eighth after throwing 92 pitches, giving up three hits, and walking none. Walker retired the Reds in order. Jay Bruce popped out, Encarnacion went down swinging, and Ryan Hanigan flied to Werth in deep right. The Reds appeared ready for a postgame meal and a bus ride back to their hotel.

Dusty Baker had run out of pitchers. For the second time in 2009, reserve shortstop Paul Janish entered a game to pitch. Baker later admitted, “I had never done that before in my managerial career, now I’ve done it twice this year.”3

To start the eighth, Janish got Ruiz out in a weak grounder, then walked pinch-hitter Matt Stairs. The next two batters, Rollins and Victorino, had five hits between them. Rollins’ third hit and Victorino’s fourth brought home Stairs and sent Rollins to second. The score was now 17-1. Utley’s replacement, Bruntlett, doubled to left, making the score 18-1, completing a 3-for-5, five-RBI day for Phillies second basemen. With runners at the corners, Janish walked Mayberry, loading the bases for Jayson Werth.

Eighteen runs had already crossed the plate. Thus far, the only event that hadn’t occurred was a grand slam. Werth hit the fourth pitch from Janish into the right-center-field stands to complete the 22-1 rout. Greg Dobbs and Pedro Feliz went quietly, grounding out and striking out. Janish finished the day with an ERA of 49.50.

Scott Eyre was given the ball to pitch the ninth for the Phillies. Taveras and Hairston got their only hits of the day, putting Reds at second and third with no outs. Eyre retired Votto on a fly ball to short left. Janish struck out swinging, and Gomes looked at strike three. Final score: Phillies 22, Reds 1.

The Phillies scored 10 runs or more 18 times in 2009, including seven times between June 2 and July 25. The Reds accomplished double figures in runs scored in eight games in 2009.

The common threads continued: For the Reds, this loss was the most lopsided in franchise history. The previous mark was a 20-run differential in 1892 against the very same Phillies. The Phillies for their part, set the modern National League record at Baker Bowl, losing to the Cardinals 28-6. That game, which saw the Cardinals twice score 10 runs in an inning, occurred on the very same day of the year, July 6, 1929.

In addition to the sources cited in the Notes, the author also consulted baseballalmanac.com, Baseball-Reference.com, and “This Day in Phillies History” at broadandpattison.com.

1 David M. Jordan, Larry Gerlach, and John P. Rossi, “A Baseball Myth Exploded, Bill Veeck and the ’43 Phillies,” The National Pastime 18 (Society for American Baseball Research, 1998). Landis himself had arranged for Cox to be the owner, the Phillies’ previous owner being bankrupt.