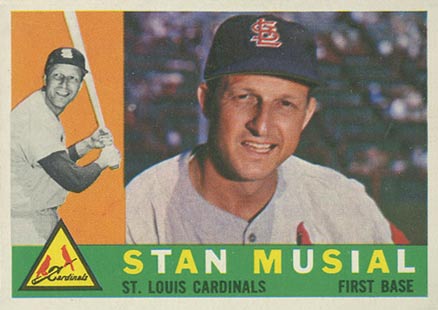 As the St. Louis Cardinals visited the San Francisco Giants in early July 1960 for a two-game series, it would have been an especially prescient fan who could have foretold these were teams going in different directions — the opposite of what had been forecast for them. The Giants, third in 1959, were the preseason favorite of the Baseball Writers’ Association to win the pennant.1 That same poll had picked St. Louis to land sixth, based in large part on their performance the year before.

But the season had not worked out well for San Francisco as the midway point approached. Initially basking in the glow of their role as a favored front-runner, and playing in Candlestick Park, baseball’s newest stadium, the Giants sat in third place on the morning of July 7. Since the sudden firing of manager Bill Rigney, nearly three weeks earlier with the team in second place, the Giants had played lackluster ball under new manager Tom Sheehan. Welcoming the Cardinals for an afternoon game that Thursday, San Francisco had won only six of 16 decisions under Sheehan. While still only seven games out, certainly within striking distance, they now trailed both the Milwaukee Braves and front-running Pittsburgh Pirates, a surprising factor in the pennant race.

St. Louis, by way of contrast, stood fifth at 38-38, but their record was misleading. They had been steadily moving up in the standings after a poor start. Acquisition of second baseman Julian Javier from the Pittsburgh organization and unexpectedly steady pitching from Ernie Broglio (9-4 on July 7) had fueled their improvement. And another player was on the verge of stepping up his game to improve the Cardinals’ performance. He would manifest his presence that afternoon.

The game featured a matchup between Larry Jackson (9-8) and “Toothpick Sam” Jones (10-7). Jones had tied for the league lead in wins at 21 in 1959 and was San Francisco’s ace, although he had been roughed up in his three previous starts, losing two of them.2 In pitching against the Giants, Jackson would face three future Hall of Fame players–Willie Mays, then leading the majors with a .362 average; Orlando Cepeda; and Willie McCovey, 1959 NL Rookie of the Year.

A little over 14,000 fans rattled around Candlestick Park’s 43,765 capacity as St. Louis scored single runs in the first and second innings on a few well-placed base hits, a ground out and sacrifice fly. They put the game away in the third. Jones ran into a streak of wildness, loading the bases with one out. Stan Musial stepped up to the plate. He received a warm round of applause as he always did from San Franciscans. Although appreciated for the quality and length of his career, many viewed the 39-year-old Musial as a “has-been.” In 1959, he had batted just .255, the first year in his 18 years in the majors “The Man” had failed to hit at least .300. Playing sparingly through much of the early season, he had only recently been placed back in the starting lineup due to other players’ slumps and injuries.

But then and there Musial broke the Giants’ backs with a two-run single to right that also drove Jones from the mound. Although San Francisco managed three runs including a solo homer by Cepeda in the fourth, the Cardinals matched that, their last run coming in the seventh on Musial’s sacrifice fly, his third RBI of the day. Jackson went the distance to earn his tenth win.

St. Louis won the following day as well as Musial continued his hot hitting with a two-run homer (his fifth of the season) in the third to start the Cardinals to their way to a 7-1 victory proving a milestone of sorts for St. Louis that year. Never again would they be at or under .500 in 1960. Over the next several weeks, St. Louis continued to play solidly. On August 12 they stood second, three games out, then settled back to finish third behind the Pirates and Braves.

As fans left the park, newsboys hawked papers announcing Musial’s addition to the National League All-Star team. Obviously picked for sentimental reasons at the last minute, he went on to pinch-hit a single in the first game in Kansas City on July 11 and two days later pinch-hit his sixth All- Star home run in the second game, in Yankee Stadium. It broke Musial’s own record for most home runs in All- Star Game competition, a record still standing over 50 years later. And his two hits in the July 7 game started a torrid string of two hits each in six consecutive games that carried through the break to July 19.

The Giants? They faded to fifth. Within weeks of the season’s end, Sheehan was let go and replaced by Al Dark, who revived them to third in 1961 and the NL pennant in 1962.

This was my first major league game. The thrill of watching a “has- been” win a game and confound the experts over the summer of 1960 hooked me on baseball.