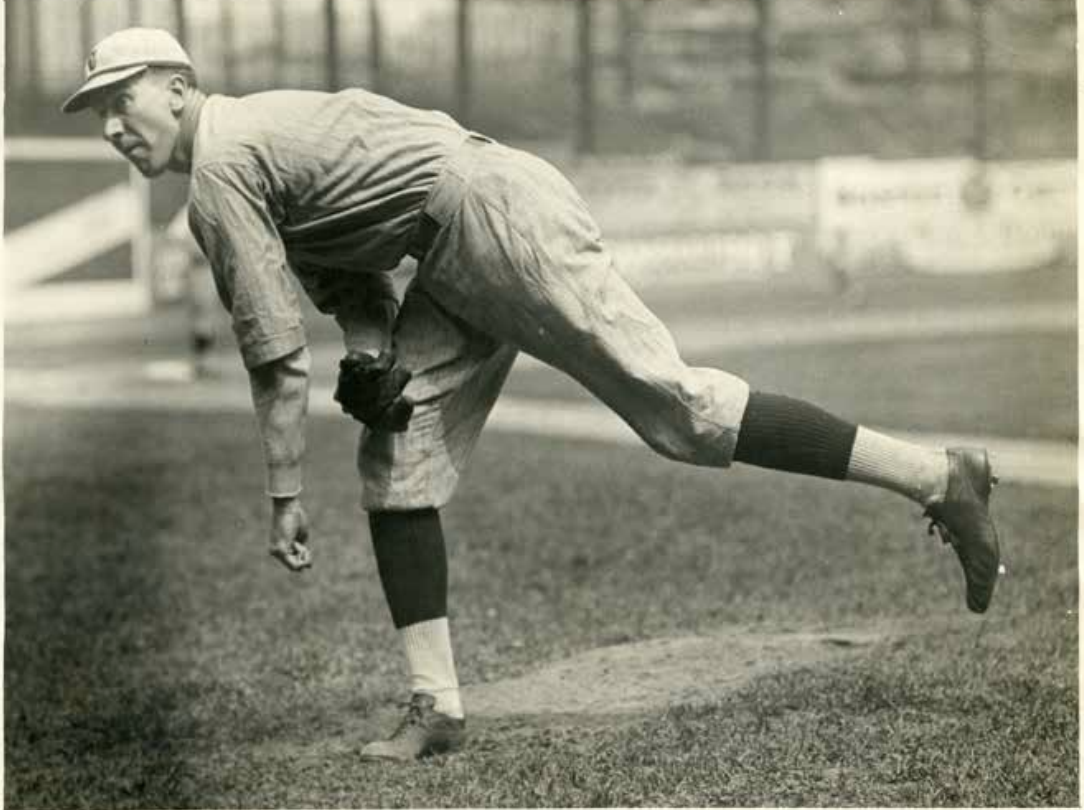 After the brilliant high of winning the first World Series championship in franchise history in 1919, the Reds remained competitive. Under the steady leadership of manager Pat Moran, the Reds finished in second or third in three of the next four years, a period of sustained success that was nearly unprecedented in the Queen City.1

Expectations were high for the 1924 season, as the Reds were considered a “real and earnest (contender) for the National League flag.”2 Then the campaign began with the untimely passing of the beloved Moran. As he traveled by train with a group of players to Orlando for spring training, Moran became violently ill. He refused to see a doctor for three days, claiming he suffered only from indigestion. When Moran was finally admitted to the hospital, physicians discovered that the manager was suffering from acute nephritis and his kidneys were failing. Less than a week after arriving at spring training, Moran died.3

Jack Hendricks, a 49-year old graduate of Northwestern University Law School, was named to replace Moran.4 Once the season began, things didn’t get any easier for Hendricks and the Reds. In May team captain Jake Daubert was beaned with a fastball to the right temple;5 Daubert died in October.6 Then, a month later, the club was involved in a train wreck outside Pittsburgh when a freight car on another train derailed and collided with the Reds’ passenger train.7 No one was injured.8

By the time the Philadelphia Phillies arrived at Redland Field for a July 8 doubleheader, it must have seemed like a doomed season for the Reds. Less than a year after winning 91 games and finishing in second place in the National League, they opened the day in fifth place with a 36-40 record.

Nearly 5,000 spectators greeted the Reds,9 only to see the home team fall in game one of the doubleheader, a 10-inning, 3-1 loss. The game started behind schedule, as the Phillies were late getting to the ballpark because a freight-train wreck blocked their train on their way from a series against the New York Giants.10 Despite the long day and the first-game loss, Reds fans were in for a treat in game two.

Eppa Rixey was the scheduled starter for Cincinnati. A 33-year-old graduate of the University of Virginia, where he starred in both baseball and basketball,11 Rixey was coming off back-to-back 20-win seasons, but he had scuffled a bit in the first half of the 1924 season. As he took the mound on that sunny July day, Rixey sported a mediocre record of 6-7 with a 3.42 ERA.

Philadelphia countered with 32-year-old Hal Carlson. Carlson had spent seven undistinguished years with the Pirates organization before joining the Phils in 1924, and he was only 4-9 with a 4.74 ERA entering the day. Carlson had, however, had some success at Redland Field. In his last start on Cincinnati’s home turf, on May 11, Carlson had twirled a shutout for his first victory of the campaign.12 He was hoping for a similar result on this day.

The game was scoreless in the third when the Reds scratched across the first run against Carlson. Cincinnati catcher Ivey Wingo singled, moved to saecond on a sacrifice by Rixey, and scored on a fielder’s-choice grounder by Daubert.

The Phillies tied the game in the fifth inning. Second baseman Hod Ford doubled with two outs — only the third baserunner allowed by Rixey to that point — and scored when Philadelphia catcher Butch Henline singled. In the bottom half of the inning, the Reds nearly took the lead back after Wingo singled again, but Ford made two superb defensive plays to quell the nascent rally.13

The game then settled into a classic pitchers’ duel. Rixey was nearly unhittable, but Carlson held the Reds at bay, too. Neither team seriously threatened until the bottom of the ninth, when Cincinnati center fielder Edd Roush doubled to lead off the frame and advanced to third on a sacrifice by Curt Walker.

With the winning run on third base and only one out, Phillies manager Art Fletcher ordered pitcher Carlson to issue intentional walks to the next two hitters, purposely loading the bases. The gambit worked, as Carlson struck out pinch-hitter Rube Bressler and then induced a groundball to second base to end the inning.14 After nine innings, the score remained 1-1.

The 10th inning passed without either team crossing the plate, and the 11th was similarly score-free. Rixey continued to dominate Phillies hitters, but Carlson seemingly found himself working into and out of trouble every inning. When Cincinnati’s Hughie Critz doubled to lead off the 12th inning, the Reds had hit safely in 10 of the first 12 frames, though they only had one run to show for it.

When Daubert bunted Critz to third, the teams found themselves in a situation nearly identical to the one three innings earlier, with the winning run on third and only one out. The Phillies responded just as they had in the ninth, with Carlson issuing back-to-back intentional walks to fill the bases. This time, he induced an inning-ending double play. It was the second time the Philadelphia pitcher had purposely walked two hitters, and he had got away with it each time.15

As the teams took the field in the 16th inning, the score remained tied and, thanks to the late start and two extra-inning contests, darkness was beginning to descend on the ballpark.16 The end was near, however.

After dodging bullets all day, Carlson had simply run out of gas. Rixey led off the 16th with a single to left field, and the Reds were in business. After two successful bunt singles, the bases were loaded for Roush, who delivered with a titanic blast over the head of Phillies center fielder Cy Williams that rolled to the base of the wall. On any other day, it would have been a sure triple; on this day, it was just a single, as Rixey trotted home with the game-winning run.17 Cincinnati had outlasted Philadelphia by the tiniest of margins, 2-1 in 16 innings.

The game ended just before 7:00 P.M., the longest game of the season, both in innings and in elapsed time, played by the Reds that season.18 Of course, modern fans would have thought the game was played at a brisk pace; despite the 16-inning affair, the game took exactly three hours.

Cincinnati collected 19 hits, four by Critz, and three each by Daubert, Roush, and Wingo. Carlson handed the Reds opportunity after opportunity before slamming the door, as the Reds stranded an astounding 19 runners on base. Philadelphia’s defense was also spectacular behind their veteran hurler, committing no errors in either game.

The story of the game, however, was Rixey. The big left-hander pitched all 16 innings and surrendered just one run on eight hits. It was one of the most magnificent performances in a brilliant career that would ultimately land Rixey in the Baseball Hall of Fame.

The thrilling victory launched the Reds on a four-game winning streak that began to turn their season around. They won 11 of their next 14 games, and when the dust settled on the 1924 season, the Reds were 13 games above .500.

The game also turned Rixey’s season around; he went 9-7 with a 2.34 ERA the rest of the way. Rixey would continue to pitch effectively for the Reds until the age of 42.

All of that was in the future, however. As the Reds cleared the field on that Tuesday evening, the “movie men” began spreading their screens in front of the grandstand for the nightly motion-picture show.19 History didn’t record which film was shown that night, but the patrons almost certainly didn’t see a swashbuckling adventure that could top the afternoon’s baseball show.

In addition to the sources listed in the notes, the author consulted Baseball-Reference.com and SABR.org.

1 Before 1919, Cincinnati had never finished higher than third place in the National League standings.

6 The 40-year-old Daubert died of complications after an operation on his appendix, but the attending physician insisted that the beaning had contributed to Daubert’s death. Whether that was, in fact, the case may be lost to history, but it was certainly a tragic footnote to a difficult season for Cincinnati. Redleg Journal, 223.

8 Later in the season, the Phillies were involved in a train wreck of their own as they traveled to Cincinnati. In that accident, the train’s engineer was killed. Redleg Journal, 223.

16 The Reds wouldn’t install lights at the park until 1935, more than a decade later.