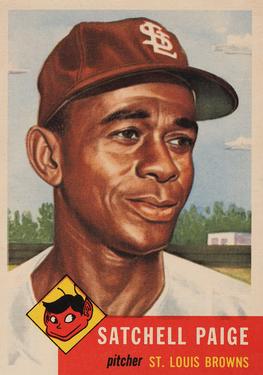 Bill Veeck knew it had been a mistake to hire Rogers Hornsby for a second stint as manager of the St. Louis Browns. In his 1962 autobiography, Veeck – As in Wreck, the owner plainly admitted that he hired Hornsby for the wrong reasons. Despite warnings from friends, business associates – and even his mother – that he would regret the hiring,1 Veeck brought in the Hall of Famer on a three-year contract before the 1952 season.

By the time Veeck took over ownership of the Browns during the 1951 season, it had become apparent that St. Louis would not be able to support two major-league teams much longer.2 Veeck was playing a game of wits with St. Louis Cardinals owner Fred Saigh, with the loser left to leave town. As one of his first moves, he brought back Hornsby, the legendary Cardinals star, almost solely to draw fans away from the Browns’ games. It would be Hornsby’s second stint managing the Browns; he led them from 1933 to 1937.

It was the sixth major-league managing job for Hornsby, including one with the Cubs for Bill’s father, William Veeck Sr. Hornsby, who had started off as a 29-year-old player-manager for the Cardinals in 1925, had a reputation for being distanced from his players and unsupportive of them, if not plain insulting.

By June, the Browns players were miserable. Hornsby rarely spoke to them, unless to point out a fault, and he hardly seemed interested in learning the players’ names, let alone their skill sets. Hornsby’s mindset was that he was out to treat all players the same. “You must treat them all alike. Can’t be as friendly with all 25 as you would be with one, so treat ’em all alike.”3 Being in next-to-last place was bad enough, but the clubhouse had become toxic, and Veeck was tiring of the situation.4

The team was nearing a breaking point after Hornsby refused to let infielder Bobby Young leave the team while it was in Washington so he could travel to Baltimore to be with his wife, who was experiencing a difficult pregnancy. Veeck had to intervene and excuse Young from the team.

The last straw for Veeck came in the first game of a doubleheader against the New York Yankees on June 8. Browns pitcher Tommy Byrne was called out after a fan at Yankee Stadium reached out and touched his fourth inning foul pop, preventing Gil McDougald from catching it.

The Browns players were incredulous that Byrne could be held responsible for a fan disrupting a play on the field, but Hornsby did not dispute the call. Pitcher Ned Garver instead came out to argue with umpire Joe Paparella and was promptly ejected. After the third out – and only after being prodded by a phone call from Veeck – Hornsby finally emerged from the dugout to make a protest of the call, but by that time it was too late.

The Browns next headed to Boston for a three-game series against the first-place Red Sox, starting with a night game on June 10. When Veeck announced earlier that day that Hornsby was out as the manager, there was cause for celebration in the St. Louis clubhouse. The elated Browns would now be facing the Red Sox under the leadership of shortstop Marty Marion, another popular former Cardinals player and manager signed by the Browns as a player-coach before the season for the same reason Hornsby was hired – to sway Cardinals fans over to the Browns.5

Garver started the Browns’ opener in Boston. The 26-year-old right-hander had won 20 games in 1951 and finished second in the American League MVP voting. But heading into this matchup he had lost six of his last seven games and was looking for his first victory in 51 days. Garver went up against Ike Delock, who was making his first major-league start. Delock had just replaced Mel Parnell in the rotation, with Boston seeking its fifth straight win.

The game kicked off under the lights at 8:30 P.M., and the Browns struck first when Young homered in the third inning. Cass Michaels followed with a single, but then a shower delayed the game for 16 minutes. After the game resumed, Bob Nieman, playing as though “a 100-pound sack of sand”6 had been lifted off him, hit a two-run homer to put the Browns up 3-0.

The Red Sox got a run back in their half of the inning when Ted Lepcio singled, took second on a passed ball, then scored on a single by Sammy White. They cut the gap to 3-2 in the fourth inning when George Kell, obtained from Detroit only a week before, hit his third home run of the season.

A second rain shower arrived in the fifth inning after the Browns placed two runners on base, and this one delayed the game for an hour and a half. The game had started late enough, but the two rain delays meant the players were now in for a real late night. After the rain stopped and the field was deemed ready for play again, Parnell took the mound for the Red Sox and promptly gave up two hits, allowing both Browns runners to score, increasing their lead to 5-2. Parnell stayed in for the remainder of the game.

Garver came back into the game for the Browns after the delay but got into trouble in the sixth inning. He allowed one run and had runners on first and third with one out when manager Marion brought in Satchel Paige to get out of the jam.

Paige allowed one of Garver’s runners to score on a fly ball, then closed out the inning with the Browns now in front 5-4. He allowed only three baserunners for the remainder of the game but none of them scored, and the Browns never lost the lead they took in the third inning.

In the sixth inning the Red Sox scored twice to make it a one-run game again, but St. Louis scored two runs off Parnell in the ninth inning. Boston made things interesting in the bottom of the ninth when Billy Goodman started the inning with a single and Lepcio followed with a double. But Paige struck out White and pinch-hitter Clyde Vollmer, then got Dom DiMaggio to pop out to put the game away. The loss knocked the Red Sox from first place down to third in a virtual tie with the Yankees for second place, a half-game behind Cleveland.

The ninth inning began at 12:48 A.M., just beating the 12:50 curfew rule.7 Then when the game finally ended after 1:00 A.M., the Browns held a victory celebration in the visitors’ clubhouse. The players were pleased with their winning effort, but they were absolutely euphoric over the departure of Hornsby.

Owner Veeck usually tried not to fraternize with his players, but he was asked to join the team in the locker room after the game. As part of the festivities, Veeck was presented with a silver cup from the team. On the cup was engraved “To Bill Veeck. For the greatest play since the Emancipation Proclamation. June 10, 1952. From the players of the St. Louis Browns.” The sports section of the next day’s St. Louis Post-Dispatch featured a picture of Garver handing the cup to a smiling Veeck.

The award presentation and the photo stirred up controversy. Some newspapers presumed that Veeck, ever the showman, was behind the gift and staged the presentation for publicity. In his autobiography, Veeck vehemently denied this accusation. As he explained it, as soon as Hornsby’s dismissal was announced in the morning, a few of the Browns took up a collection, then contacted traveling secretary Bill Durney to find out where they could get engraving done.

Veeck went on to say that the claim of the event being staged seemed to originate with St. Louis Post-Dispatch sports columnist J. Roy Stockton, who had been a friend of Hornsby’s. But Stockton need not have felt too bad for Rogers. After leaving without saying good-bye to his players or coaches, “Rajah” still got the pay for his three-year contract, and he was hired to manage the Cincinnati Reds weeks later in July. The Reds fired him in September 1953; he never managed in the majors again.

In May 2012 the cup was included in an online auction run by Heritage Auctions. It had become somewhat tarnished, and one of the handles had become detached, but the inscription could still be clearly read.

Much of the detail around Rogers Hornsby’s hiring as St. Louis Browns manager and his relationship with the Browns players is covered in Veeck’s autobiography.

In addition to the sources cited in the Notes, the author used Baseball-Reference.com and Retrosheet.org for general game, player, team, and season data.

Veeck, Bill, and Ed Linn. Veeck – As in Wreck: The Autobiography of Bill Veeck (Chicago: University of Chicago Press, 2001).

1 The account of Veeck hiring Rogers Hornsby is detailed in his autobiography. Veeck, Bill, and Ed Linn. Veeck – As in Wreck: The Autobiography of Bill Veeck (Chicago: University of Chicago Press, 2001): 229-232.

2 The account of Veeck’s competing against Saigh for St. Louis fans is detailed in his autobiography. Veeck, 221-228.

7 Information on when the ninth inning began and when the game ended is drawn from Retrosheet’s play-by-play and game log.