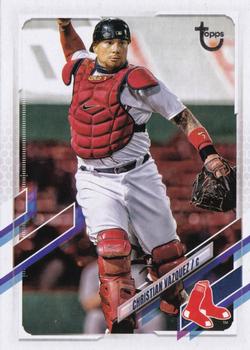 There have been many baseball games in which the fans have been confused by actions on the field or the infield fly rule. It is less common for that confusion to extend to the players and managers – but it happens. This was one of those games.

This was the last regular season meeting of 2021 between the Houston Astros (35-26, one game behind the Oakland A’s in the AL West) and Boston Red Sox (37-25, 1½ games behind the Tampa Bay Rays in the AL East). The Astros led the season series five games to one.

Boston’s Eduardo Rodríguez (5-4, 5.59 ERA) had started the year winning five decisions in a row – before losing four straight.1 He started this game well enough; the only baserunner he allowed in the first inning was a walk to Carlos Correa.

Zack Greinke (6-2, 3.38 ERA) took the mound for the Astros. The 37-year-old right-hander, in his 18th major-league season, was coming off a complete-game, 13-1 win over Toronto on June 4.2 He was certainly hoping for a better result than his last appearance at Fenway; nearly five years earlier, as a member of the Arizona Diamondbacks, he had lasted only 1⅔ innings, allowing 10 hits and nine runs.3 The 2021 outing started well – he pitched a clean first inning on only 13 pitches (accompanied by 13 grunts4).

In the top of the second, Yuli Gurriel added to his league-leading .355 BA by bouncing a solo home run off the Pesky Pole in right.5 The crowd of 23,378 responded with the expected booing. That was all Rodríguez allowed – two groundouts and a strikeout completed the frame.

The lead changed hands for the first time in the bottom of the second. Rafael Devers was credited with a one-out single when first baseman Gurriel couldn’t hold a great throw from Correa at short. Hunter Renfroe was also credited with a single when his grounder deflected off Jose Altuve’s glove. A third consecutive single, by Christian Vázquez, tied the game.

After Bobby Dalbec’s two-out base hit loaded the bases, pitching coach Brent Strom paid a visit to Greinke, but it didn’t appear to help – Kiké Hernández walked, scoring Renfroe for a 2-1 Boston lead.

The Astros retook the lead in the third. Altuve hit a one-out single off the Green Monster6 but tried unsuccessfully to stretch it into a double. Left fielder Alex Verdugo fielded the ball so well that it was waiting in second baseman Christian Arroyo’s glove when Altuve arrived. After Rodriguez walked Correa again and Bregman singled, Yordan Álvarez hit a liner that bounced around the garage door in the center-field wall. By the time Hernández could corral the ball, two runs had scored, and the Astros had a 3-2 lead.

That lead didn’t last, as the Red Sox continued the run exchange in their half of the third. J.D. Martinez’s leadoff homer landed in the area holding the flagpole just beyond the center-field wall, tying the game. Xander Bogaerts doubled, advanced to third on Renfroe’s groundout, and scored on Vázquez’s bloop hit for a 4-3 Boston lead.

Neither team scored in the fourth. Greinke was out of the game after three innings, seven hits, and four earned runs on 64 pitches. Brandon Bielak, who had first warmed up during Greinke’s 37-pitch second inning, took over the pitching.

Myles Straw singled off Rodríguez to open the fifth. The first and second outs followed without trouble, but the third proved elusive. Alex Bregman singled and Álvarez walked. With the bases loaded, the Red Sox brought in Matt Andriese. He could not find the strike zone – his eighth pitch was his first strike. By then, he had walked Gurriel to force in the tying run.

The rally got Greinke off the hook, but Houston couldn’t hold the lead in the bottom of the fifth. Singles by Devers and Vázquez put two on for Arroyo with two out. Arroyo walloped the ball out of the park, over the advertising sign above the Monster, to tie the game, 7-7.

Darwinzon Hernandez took over from Andriese in the top of the sixth. He did not have trouble finding the strike zone, catching both Straw and Correa looking at strike three. Sandwiched between those two strikeouts, however, was a two-out solo home run by Altuve on a pitch just above the dirt, which the Houston second baseman golfed into the front-row seats of the Monster. The ball bounced back onto the field so the fans didn’t have a chance to throw it back.7 Houston had an 8-7 lead.

So far the evening had proceeded typically for a high-scoring game. But the next two half-innings might bring to mind, “You never know what you’ll see when you go to the ballpark.”

Blake Taylor took the mound for Houston in the sixth. Hernández doubled off the Monster and advanced to third on Verdugo’s groundout. Martinez lofted one to shallow right, but the ball bounced off Tucker’s glove for an error. Hernández scored, tying the game, 8-8.

Perhaps unnerved by the error, Taylor walked Bogaerts on four pitches. Devers hit a 211-foot8 popup into shallow left. Once shortstop Correa had camped under it, second-base umpire John Tumpane raised his fist, signaling “infield fly.” The ball fell out of Correa’s glove; he retrieved it and threw to second, but the ball arrived after Bogaerts (who had taken a substantial lead off first).

Tumpane signaled “out,” much to the consternation of Bogaerts, who started yelling at Tumpane (thinking the umpire was calling him out). Meanwhile, Red Sox manager Alex Cora was on the top step of the dugout, yelling, “Stay on your bases!” through his mask.9

Eventually everything was clarified – Devers was out on the infield fly rule,10 and Bogaerts and Martinez were safe on second and third respectively. Correa was charged with an error.11

Enoli Paredes replaced Taylor pitching and walked Renfroe. With the bases now loaded for Vázquez, the game action was interrupted by a half-naked fan running onto the field. The fan was tackled near the mound.

Once game action resumed, Paredes checked his pocket card for the sign codes. That didn’t help – he brushed Vázquez with a pitch12 and walked Arroyo, giving Boston a 10-8 lead on the fourth run-scoring walk or hit batsman of the game.

Astros manager Dusty Baker, Strom, and the trainer met on the mound and decided to pull Paredes in favor of Brooks Raley. Dalbec hit Raley’s first pitch for a double off the Monster, scoring two. Boston had surged to a 12-8 lead. Hernández popped out to end the inning.

Three pitchers, 10 batters, five runs (one earned), two doubles, and one streaker – the bottom of the sixth was finally over, as was the scoring. The adventures, however, were not.

Adam Ottavino struck out Bregman to open the seventh. Álvarez thought he had a double when the ball bounced off the Monster, but Verdugo played the carom perfectly so Álvarez made a quick U-turn to first.

For the next play, with Gurriel batting, the Baseball Reference play-by-play reads, “Ground Ball Double Play: C-1B-2B,” but that misses all the fun.

Gurriel’s hit landed a few inches in front of home plate and bounced up the third-base line without going foul or hitting him. He hopped up and down – likely trying to persuade the umpires that the ball had hit him – and did not run. Home-plate umpire Sean Barber made the safe signal, then pointed to the infield to indicate fair ball. Catcher Vázquez grabbed the ball before it could roll foul and threw to first for the out.

On television, the broadcasters13 believed it had hit Gurriel for a foul ball – which was apparently what Álvarez thought as well, as he was sauntering back to first after rounding second. Vázquez alertly signaled to second baseman Arroyo and threw him the ball; Arroyo tagged a very surprised Álvarez a few feet from second base for an easy double play.

Baker rushed out to argue that the ball was foul14 while Cora was beckoning his players to immediately get off the field. Baker lost the argument and was ejected. He got his money’s worth, though – he was arguing and pointing at the ground all the way back to his dugout.

The remainder of the seventh, eighth, and ninth innings passed without incident. No runner advanced beyond first base. Even with 20 runs, 24 hits, 30 players, 6 lead changes,15 an ejection, a streaker, and the infield-fly rule, the game finished before 11 o’clock!

After this game, Houston led the season series with Boston five games to two. They met again in the postseason with similar results – Houston beat Boston 4-2 in the AL Championship Series, before losing to the Atlanta in the World Series.

This article was fact-checked by David Krell and copy-edited by Len Levin.

In addition to the Sources cited in the Notes, the author consulted the Baseball-Reference.com and Retrosheet.org websites for pertinent material and the box scores noted below, and viewed the recorded Boston and Houston TV broadcasts on MLB.com.

1 He also had a no-decision between his fourth and fifth win.

2 That was his only complete game so far in 2021 although he had pitched eight innings in three games. He had thrown only 102 pitches in the Toronto game.

4 Zach Buchanan, “Does Greinke Yell ‘Swing’ when He Pitches? Solving a Frivolous Mystery,” The Athletic, September 24, 2018.

5 The right-field foul pole had been named the Pesky Pole after Johnny Pesky, a former Red Sox player.

7 Bregman, Correa, and Altuve were booed by the fans each time they batted.

9 During 2021 MLB had adopted a number of protocols regarding masks and vaccinations to reduce the spread of Covid-19. Although players were not required to wear masks, nonplayers in the dugout (i.e., coaches, batboys) were supposed to be masked. Umpires were also masked.

10 The criterion for application of the infield fly rule is not whether the ball is over the infield. It is whether the ball could be handled by an infielder with ordinary effort. Correa was camped under the ball in shallow left. Correa’s and Tucker’s failure to catch the balls may or may not have been affected by the wind, which was swirling at various times during the game. For the infield fly rule, see Richard Hershberger, “Revisiting the Origin of the Infield Fly Rule,” Fall 2018 Baseball Research Journal.

11 Although an out was still recorded on the play, if Correa had caught the ball he either might have gotten the out at second or the runners would have had to hold at first and second. The error was not charged to Correa at the time – it was added on June 12.

12 This was only the second time in the 2021 season that he’d hit a batter in the 8⅔ innings he’d pitched. He did not have the opportunity for a third time – he spent the rest of the year in the minors.

13 The Boston broadcasters said “little nubber, foul ball,” after Gurriel’s swing, only realizing after the second out that the home-plate umpire had called the ball fair. Apparently whatever Gurriel did convinced them as well as Dusty Baker.

14 Having reviewed the videos, the author concludes that Baker was wrong – despite Gurriel trying to sell the play as a foul ball, the umpire got it right.