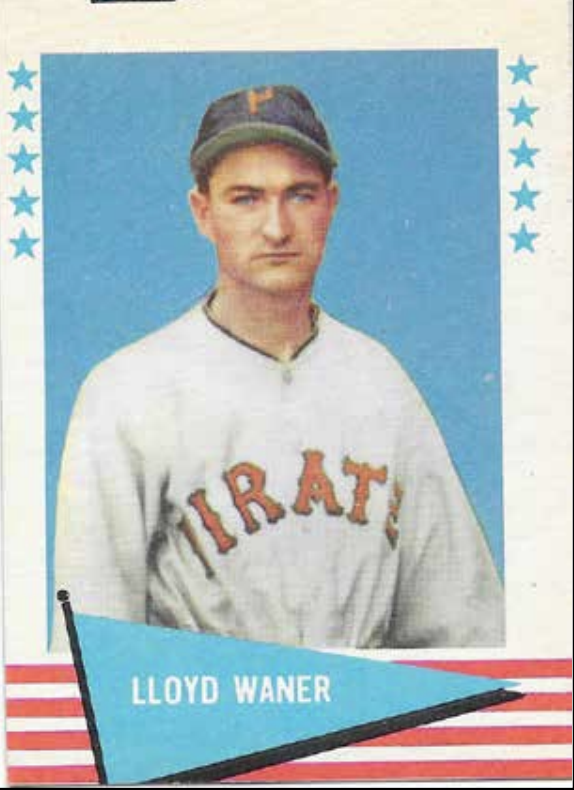 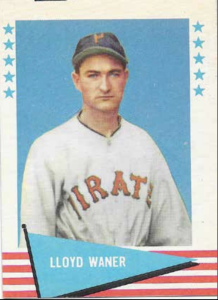 The Pittsburgh Pirates were slumping when they arrived in the Gateway City for a four-game series with the St. Louis Cardinals in June 1933. Skipper George Gibson’s Bucs (27-21) had lost eight of their last 11 games to fall from first to third place, three games behind the New York Giants. The Redbirds, however, were on a roll and playing their best ball since they won the World Series in 1931. Manager Gabby Street’s squad (30-19) had won 16 of its last 20 games to move to within a half-game of the NL’s top spot.

Sportsman’s Park, located at the intersection of Grand Avenue and Dodier Street on the north side of the city, was packed with the largest crowd of the season, according to the St. Louis Post-Dispatch, 21,000-strong for a Sunday afternoon doubleheader.1 It was a typical June day in St. Louis: hot and humid with temperatures in the mid-90s.

The first game featured hurlers who had tied for the NL lead with 19 victories two years earlier. The Bucs called on 37-year-old right-hander Heinie Meine, who sported a 5-3 slate (and 49-39 in his career). He faced Bill Hallahan, whose 7-2 record (1.90 ERA) improved his career numbers to 59-35. The two-time NL strikeout leader was acknowledged to be one of the hardest throwers in the big leagues; however, Wild Bill often struggled with control and was en route to leading the circuit in walks for the third time in four seasons.

Hallahan and the Cardinals looked like champions through the first eight innings. After Wild Bill breezed through the first two frames, allowing only a leadoff single to Lloyd Waner, Cardinals hitters went to work. In the second, Ripper Collins led off with a single and moved to third on Joe Medwick’s single. Third sacker Pie Traynor fielded Jimmie Wilson’s grounder and caught Collins between third and home, but catcher Tom Padden’s errant throw, his second error of the inning (the first came on a dropped foul ball), enabled Collins to return to third. With the bags loaded, Leo Durocher singled, driving in two. Meine was hit hard in the third. With one out, Ernie Orsatti and Collins lined singles, but right fielder Paul Waner’s throw cut down Orsatti trying to reach third. After George Watkins doubled, Medwick doubled to right to drive both home for a 4-0 Cardinals lead.

The Pirates had two runners in each inning from the fifth inning through the eighth, yet managed just one run. In the fifth, Gus Suhr and Tommy Thevenow led off with singles, but were left stranded when Adam Comorosky, pinch-hitting for Meine, grounded into a 6-4-3 twin killing. The Bucs tallied a run in the sixth on Traynor’s double driving in Arky Vaughn, who had singled. The seventh and eighth innings both ended with runners on first and third.

It seemed like the Pirates “traded their cutlasses and pistolas for powder puffs and nosegays,” quipped St. Louis sportswriter J. Roy Stockton.2 The Cardinals blasted Ray Kremer, the third Bucs pitcher, in the eighth. Watkins led off with a single and moved to third on Medwick’s double off the right-field wall. Durocher’s fly ball and Hallahan’s single accounted for two more runs. After Pepper Martin walked, Frankie Frisch’s blast “hit the projecting roof of the right field stand,” reported sportswriter Edward F. Ballinger.3 Hallahan scored the Cardinals’ seventh and final run on play, but Martin was caught in a rundown at third.

The Pirates appeared “hopelessly beaten” to start the ninth inning, wrote the Pittsburgh Press.4 The Bucs, however, were a good-hitting team, which led the NL with a .285 batting average in ’33 and scored more runs than any NL team except the Cardinals. Their lineup featured four starters who batted at least .300 that season: Vaughn (.314), Freddie Lindstrom (.310), Paul Waner (.309), and Traynor (.304).

The ninth inning unfolded as a “maze of sensational developments,” gushed the Pittsburgh Sun-Telegraph and left Cardinals fans second-guessing their skipper’s decisions.5 All told, the Bucs sent 14 batters to the plate, collected seven hits, drew three walks, profited from an error, a passed ball, and a wild pitch, and executed a squeeze to score 10 runs, all of which came against the Cardinals’ three best hurlers.

The Pirates quickly loaded the bases with no outs. Thevenow walked and moved up on a passed ball. Tony Piet, pinch-hitting for Padden, reached on third baseman Pepper Martin’s fumble. Hal Finney, hitting for Kremer, singled, but coach Grover Hartley held Thevenow at third even though it appeared he could have scored, reported the Post-Dispatch.6 Manager Street went to the mound and conferred with Hallahan and his infielders. Sportswriter Martin J. Haley of the St. Louis Globe-Democrat reported that Street “signaled in” Tex Carleton, who had been warming up in the bullpen, but acquiesced to Hallahan’s request to remain in the game.7 Lloyd “Little Poison” Waner singled to left to drive in two runs. After “Big Poison” Paul Waner flied out for the first out, Vaughn drew a free pass to send Hallahan to the showers.

In came Carleton, who like all of Street’s primary starting pitchers, was slated for relief duty in high-leverage situations. It was a disaster. Traynor singled to drive in two runs, followed by Lindstrom’s run-scoring single to pull the Pirates to within one, 7-6, and force Carleton’s exit.

With runners on first and second and one out, Street called on Dizzy Dean, his wildly popular 23-year-old right-hander, to save the game. Suhr greeted him with a single to tie the game. After Dean’s wild pitch put both runners in scoring position, Thevenow singled to right to give the Pirates the lead, 8-7. The Cardinals’ dramatic collapse, quipped Gateway City sportswriter Ray J. Gillespie, resembled a comedic routine by Leon Erroll, a film star at the time known for wobbly walk, unsteady legs, and goofy falls.8 But the Cardinals’ tumble was far from over. After Dean walked Piet to load the bases, Hal Finney’s squeeze sacrifice bunt worked perfectly to plate another run. Lloyd Waner collected his second single of the inning, driving in the Bucs’ final two runs to increase their lead to 11-7.

The Redbirds seemed demoralized after the Pirates unexpected offensive outburst. Reliever Bill Harris worked around Collins’s one-out triple and fanned Medwick to put an emphatic exclamation point on one of the Pirates’ most dramatic comebacks in franchise history.

The Pirates were outhit 17 to 16 and collected just one extra-base hit, but went 7-for-8 with men in scoring position in the ninth. Lloyd Waner led the attack with four hits and four runs batted in; Traynor had three hits and three RBIs.

In the second game, the Pirates demonstrated they could pitch. Larry French spun an eight-hit shutout, defeating Bill Walker to complete the doubleheader sweep. The Pirates remained in third place, but just 1½ games separated the Giants, Cardinals, and Bucs atop the NL.

The following day was an offday for the two teams before they resumed the series on Tuesday. While many of the Pirates traveled to Springfield, Missouri, for an exhibition game, the Cardinals players had time to read local newspapers’ musings about the collapse. One from the St. Louis Star and Times aptly captured the mood and the zeitgeist of 1930s Depression-era America. “In the rathskellers and delicatessens today, and even in the beer gardens tonight, you’ll hear grief-stricken baseball addicts calling our Red Birds scalawags, rapscallions and perhaps ragamuffins.”9