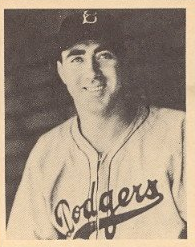 Van Lingle Mungo was off to a better start than his team as the 1935 calendar hit June 13, easing out of spring and toward summer. The 24-year-old fireballing righty, workhorse of Casey Stengel’s Brooklyn staff, already had eight wins in 13 starts. He was three games over .500, but the Dodgers were only 23-22, in fourth place and eight games off the Giants’ National League pace.

Mungo was set to face visiting third-place Pittsburgh that Thursday afternoon. Across town, there was more baseball; Cincinnati was at the Polo Grounds for a doubleheader with the front-running Giants.1

But yet another event was set that day in the Depression era’s triumvirate of spectator sports,2 and it, too, involved a participant having a good year. Jim Braddock, from just across the Hudson river in West New York, New Jersey, would meet Max Baer for the heavyweight title that evening at Madison Square Garden Bowl in Long Island City, Queens. Once sufficiently well-regarded to have fought Tommy Loughran six years earlier for the light heavyweight title, Braddock had lost 17 of his 36 bouts since facing Loughran. He was plagued by an often-injured right hand, needed to work whenever jobs were available on the Hoboken, New Jersey docks, and had been reduced to enrolling for public assistance3 to support his wife and three children.

Braddock was “virtually penniless”4 in the winter of 1933-34 and ready to quit boxing when his long-time trainer, manager, and friend Joe Gould wangled him a spot as a last-minute replacement against rising contender John “Corn” Griffin on June 14, 1934. Fighting for $250, Braddock surprised Griffin with an early technical knockout, a win that “propelled him back into the boxing mainstream.”5 He then dispatched contenders John Henry Lewis (November 16, 1934) and Art Lasky6 (March 22, 1935) to earn a bid to face heavyweight titleholder Baer in June.7 Legendary sportswriter Damon Runyon became fascinated with Braddock’s amazing story. In an article after the Lasky fight Runyon called Braddock “the Cinderella Man.”8

Mungo, who warranted a 1970 popular song title,9 but surprisingly never picked up a nickname worthy of note for posterity,10 could be belligerent in his own right. Coming off an 18-win All-Star season in 1934, he held out and ultimately signed in February 1935 for “any number of figures ranging from $10,500 to $13,000.”11 Later, in 1941 spring training with the Dodgers in fun-filled Havana as his career declined, he was involved in an early morning, alcohol-fueled brawl with Francisco Carreno, a former matador, who had found Mungo with Carreno’s wife and another woman in a hotel room.12

As a “scant crowd”13 of 3,000 populated Ebbets Field, Pittsburgh manager Pie Traynor sent 26-year-old rookie righthander Darrell Elijah “Cy” Blanton out to face Mungo and the Dodgers, matching “two of the bright stars in the league.”14 Blanton was off to his own good start at 9-3 with a 1.91 ERA and had bested Mungo and the Dodgers on May 18 in Pittsburgh. Blanton matched Mungo’s shutout “without an anxious moment”15 through seven innings, but failed to aid his own cause when he grounded into a double play with Pirate runners on first and third with one out in the top of the seventh. Brooklyn broke through in the eighth on catcher Al Lopez’s run-scoring double and a follow-up, two-run bloop single to right by Mungo, “swinging desperately at one of Blanton’s screwballs.”16

Those three runs were enough as Mungo got the Pirates one-two three in the ninth to finish a five-hit shutout. Blanton had pitched creditably, yielding only six hits, but the Pirates left seven on base; Brooklyn stranded only one.

As the New York sporting scene shifted from baseball in Brooklyn to boxing in Queens that evening, “Cinderella” Braddock was given little chance against Baer. Not only the pre-fight odds17 but also age and weight were against Braddock. Both he and Baer were six-foot-two, but Baer, at 26, was four years younger; he weighed in at 210 and Braddock at 192.18 Baer had taken the title by demolishing 275-pound Italian Primo (“The Ambling Alp”) Carnera in an 11th-round TKO a year earlier at the Garden Bowl.

Brooklyn Daily Eagle writer Ed Hughes summed it up pre-fight: “Baer should knock Braddock out. Braddock may last five or six rounds. [He] has a punch, but not of sufficient voltage to bother Max much.”19

But it didn’t go that way. Baer had come east from California in 1930 and became fascinated with the bright lights. An entertainer at heart, he trained lightly and in full public view as “the playboy of the ring.”20 A dedicated family man, Braddock trained privately and intensely and went right to work at the 10 p.m. opening bell while Baer “posed, clowned, sneered, [and] grimaced.”21 “[Braddock] hammered his way to the decision over Baer to the complete satisfaction of some 30,000 wild-eyed fight fans.”22 The bout went the full 15 rounds, but Braddock won nine of them, taking the title and a $25,500 share of the gate.23

Braddock, unmarked except for a cut on his left ear and one on his nose, said, “After the third round I felt sure I would win. After the seventh round I felt I was safe.” Baer showed reporters displaced metacarpal bones in both hands, noting that both were ineffective by the seventh round. “I have no alibis to offer,” he said. [Braddock] didn’t hurt me, but my trouble was that I couldn’t hurt him.”24

Back home in New Jersey, Mae Braddock listened to Graham McNamee’s NBC radio call with her parents while the children slept. Asked in his post-fight interview what he was thinking during the fight she heard the new champion say, “I was thinking of the wife and kids. I told them I that was going to bring home the bacon and I knew I had to make the grade.”25

Jim Braddock’s “Cinderella” reign ended on June 22, 1937, in a ballpark—Comiskey Park in Chicago. He’d waited two years to defend his title; Joe Louis knocked him out in the eighth round.26 By the end of the 1937 baseball season, though, attention was back in New York, where the Giants and Yankees played their second consecutive “subway” World Series. Joe Gould had befriended young Joe DiMaggio when he arrived in New York in 1936 and through him, Braddock also became a friend of the rising Yankee star. When DiMaggio brought his father Guiseppe and brother Tom to town for the 1937 Series, Braddock and Gould made a happier ballpark visit, joining the family in their Yankee Stadium box for that fall’s Classic.27

That year was less kind to Mungo. He aggravated a side injury in the 1937 All-Star Game on July 7 pitching in meaningless relief and was ineffective in four more starts, had an in-season tonsillectomy, and didn’t pitch after August 25.28 He won only nine more games with Brooklyn between 1938 and 1941 before bowing out at 14-7 with the wartime Giants in 1945.

Gary Sarnoff’s recent SABR Games Project article linking a game at Ebbets Field and the Hindenburg tragedy helped inspire this account combining a ballgame with another event, as I pictured myself as a Depression-era New York sports fan fascinated by both Van Lingle Mungo and Jim Braddock. My Games Project colleague, Greg Erion, accessed New York Times coverage which supplied valuable contemporary detail and insight. My thanks to both.

1 Only a Yankee road date in St. Louis marred a home trifecta for the New York teams that day.

2 Baseball, boxing, and thoroughbred horse racing did their best to divert Americans from the economic woes of the times. Each autumn, college football got into the mix.

6 Braddock received $4,100 for the Lasky fight. He used part of it to reimburse the New Jersey Department of Welfare for the 18 months of assistance the family had received. Ibid., 117.

7 The other top contender, Max Schmeling, refused to fight Braddock before Baer, so promoters went straight to a Baer-Braddock bout to build interest for an expected Baer-Schmeling rematch. Ibid. 120. Baer had already beaten Schmeling once, by technical knockout at Yankee Stadium on August 6, 1933.

9 The song was written and performed by Dave Frishberg. See: Bill Nowlin, “The Recording,” in Van Lingle Mungo, 3-4.

10 A possibility could have been “The Pride of Pageland,” after his South Carolina hometown and post-baseball home, where Mungo is memorialized by Van Lingle Mungo Boulevard. Alan Cohen, “Van Lingle Mungo,” 53.

26 The loss to Joe Louis in the summer of 1937 left Braddock well set financially. Manager Gould had negotiated a contract that gave Braddock half the fight gate. That worked out to $500,000. The deal also assured Braddock a share of Louis’s earnings over the next 10 years, which Jim Hague estimates in his Braddock biography to have generated another $150,000. Hague, 146, 153.