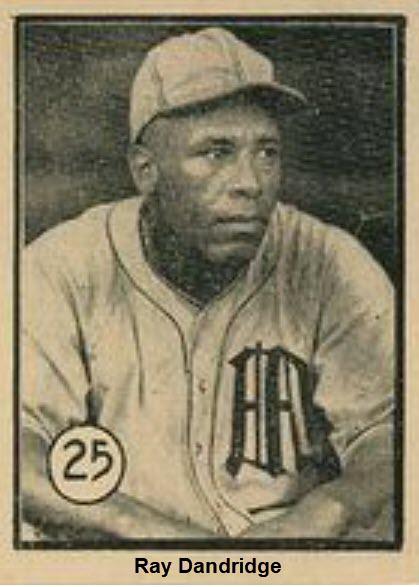 “Ray Dandridge was fantastic. … Once you saw him, you never would forget him.” — Monte Irvin1

Negro baseball was popular in Davenport, Iowa,2 and teams traveling in the Midwest would stop and play at Davenport’s Municipal Stadium,3 beside the Mississippi River. The Newark Eagles of the Negro National League and the Memphis Red Sox of the Negro American League played a night game there on Tuesday, June 13, 1944, before an eager assembly of 1,602 fans. A box seat cost $1.00, and all other seats were 60 cents.4

The Newark Eagles were “owned and operated by the only woman in Negro baseball, Mrs. Effa Manley.”5 The star of the team was a 30-year-old bowlegged infielder named Ray Dandridge. On June 11, the Eagles defeated the Memphis Red Sox 3-0 in 13 innings at Wrigley Field in Chicago.6 The rematch scheduled for June 12 in Davenport was rained out and played the following day.

The game began as a pitchers’ duel. The Eagles’ Vic Barnett, newly acquired by Manley from Panama,7 drew a walk from Chatman to lead off the top of the second inning and later scored on a single by Murray Watkins. The next inning, the Panamanian stroked a double and came home with the team’s second run of the game. The Red Sox put together a single, two walks, and an error in the bottom of the second but only came away with one run. After six innings, the Eagles led 2-1.

Dandridge started a Newark rally in the top of the seventh with a single to center field, and Lennie Pearson doubled to the left-field fence, scoring Dandridge. Barnett reached base when his grounder was bobbled by the Memphis third baseman, Jimmy Ford. Next up was the Eagles shortstop named Atkins (or Akins, game accounts disagree), who doubled to the scoreboard in left-center; Pearson tallied, but Barnett was thrown out at the plate. Frank “Doc” Makell then singled, and Atkins came home. After Fred Bankhead was hit by a pitch and T.J. Brown walked, Ford contributed an RBI single in the bottom half of the seventh inning, and the Red Sox trailed 5-2.

Verdell “Lefty” Mathis, regarded as the best left-hander in the Negro American League, replaced Chatman to begin the top of the ninth and got two quick outs. But Jacobs and Hal Turner singled and Watkins drew a walk to load the bases. Dandridge then delivered a bases-clearing double to the scoreboard in left center.

The final tally was Newark Eagles 8, Memphis Red Sox 2. Dandridge had three hits, and in the field he made “a couple of sensational stops” and “participated in three double plays”; he is “one of the best Negro ball players ever seen in Davenport,”8 reported the Davenport Democrat and Leader.

Background information about the players was obtained from James A. Riley’s Biographical Encyclopedia of the Negro Baseball Leagues (New York: Carroll & Graf, 1994) and from Seamheads.com (accessed December 2018).

3 Municipal Stadium in Davenport, Iowa, was built in 1931. In 2018 it was known as Modern Woodmen Park and was home to the Quad Cities River Bandits of the Class-A Midwest League.