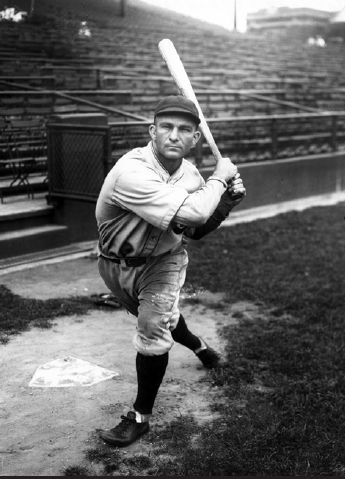 After losing their first five extra-inning games of the 1929 season, the Chicago Cubs finally broke the dubious streak with a combination of timely hitting, good defense, and heads-up baserunning to defeat the Philadelphia Phillies, 8-7, on Saturday, June 15. “The Cubs and Phillies put on a drama,” wrote Edward Burns of the Chicago Daily Tribune, “that hasn’t been surpassed in these parts for many seasons.”1 Both teams arrived at Wrigley Field well rested to play the third game of the four-game series. Not only did they enjoy a rare Friday afternoon off, rain ended their Thursday Ladies Day game after five scoreless innings. Despite the tie, the Cubs had been playing their best baseball of the season, and had won seven of eight games to improve their record to 29-18, good for third place, just one game behind the Pittsburgh Pirates. After a surprisingly good start to the season (20-17 at one point), the Phillies had lost nine of their last 10 games (excluding the tie) and had fallen to fifth place.

The Chicago Daily Tribune reported that an estimated 20,000 spectators “spurned the American Derby”2 – the biggest horse race of the year in the Windy City, which took place 30 miles south in suburban Homewood – to pack the friendly confines on the north side of town. The teams engaged in an unexpected scoreless pitchers’ duel through five innings. Chicago’s starter, Guy Bush (an impressive 6-1), had been victimized for six hits and six runs (five earned) during a no-decision in just two innings in his last start, on June 6, but had since pitched 6⅓ innings of scoreless relief in two separate appearances. Luther Roy, Philadelphia’s 26-year-old journeyman right-hander, was 3-2 with a horrendous 7.47 ERA.

The offensive fireworks began in the top of the sixth. After Bush struck out Chuck Klein, Rogers Hornsby booted cleanup hitter Don Hurst’s “easy roller” for his second error of the game, opening the floodgates.3 Pinky Whitney singled and Denny Sothern followed with a double to drive in Hurst for the game’s first run. With runners on second and third, Bush issued an intentional pass to Bernie Friberg to play for a twin killing with slow-footed catcher Spud Davis at the plate. The plan backfired as the 24-year-old backstop belted his first career grand slam to make it 5-0. Courtesy of a walk, Roy was the sixth consecutive Philadelphia player to reach base, before Bush registered the final two outs.

In the bottom of the inning, Hazen “Kiki” Cuyler finally put the Cubs on the board with a leadoff home run. Despite his lofty .346 batting average, the right fielder had been mired in a power slump, with just four extra-base hits and no home runs in his last 25 games.

En route to a career-best and an NL-leading 43 home runs in 1929, Phillies slugger Chuck Klein led off the seventh with his 16th round-tripper, which sent Bush to the showers. The “Mississippi Mudcat’s” line was unimpressive: eight hits and six runs (five earned) in six innings. Trailing 6-1, the Cubs called on Trader Horne, in his first and only season in the big leagues, for mopup duty. The 30-year-old, 155-pound righty tossed an inning of scoreless relief.

The Cubs exploded for six runs in the bottom of the seventh. Charlie Grimm commenced the relentless attack by drawing a walk. After Norm McMillan beat out an infield single, rookie Earl Grace drew one of his three walks to fill the bases. Pinch-hitting for Horne, Cliff Heathcote knocked in Grimm and reached base on a fielder’s choice when Grace was forced at second. Leadoff hitter Clyde Beck drew one of his three free passes to load the bases again. Roy, who had issued six walks and yielded five hits in 6⅓ innings, was replaced by Les Sweetland. He faced the Cubs’ emotional leader, catcher Gabby Hartnett, whose mysterious arm miseries had prohibited him from donning the tools of ignorance thus far in the season. Batting for Johnny Moore in just his sixth pinch-hitting appearance of the season, “Old Tomato Face” drew the Cubs’ fourth walk of the inning, driving in McMillan.4 With pinch-runner Footsie Blair on first and the bases still filled, reliever Phil Collins struck out Cuyler. Hornsby, batting an uncharacteristic .256 (11-for-43) in his previous 13 games, “squelched the howling wolves” and boo birds by blasting a grand slam off Collins to give the Cubs their first lead, 7-6.5

After a scoreless eighth, the Phillies rallied in the ninth. Mike Cvengros, the Cubs’ fourth pitcher, walked Lefty O’Doul, who scampered to third on Klein’s single. Hurst singled, driving in O’Doul to tie the game. With runners on the corners and the game on the line, manager Joe McCarthy brought in hard-throwing Pat Malone, who led the NL with 22 wins in 1929 but also made 10 relief appearances. Malone put out the fire when Whitney lined to shortstop Clyde Beck, whose throw to Grimm doubled Hurst off first base and completed the Cubs’ fourth twin killing of the game. Malone fanned two in a 1-2-3 10th inning to give the Cubs another chance for a dramatic victory.

Grimm led off the Cubs’ 10th with a double, the Cubs’ seventh and last hit of the game. In a poorly executed sacrifice, McMillan bunted the ball back to Phillies’ reliever Bob McGraw, who quickly threw to second baseman  Fresco Thompson. The NL leader on both putouts and errors for second baseman in 1929, Thompson caught Grimm in a rundown but not before McMillan made it to second. McGraw walked Earl Grace intentionally to either create a force at third or play for an inning-ending double play. But McMillan unexpectedly stole third to put men on the corners with just one out.6 McGraw intentionally walked Cliff Heathcote (the Cubs’ 12th free pass of the game) to fill the bases for Riggs Stephenson, pinch-hitting for Beck. Stephenson, batting .370, but making his first appearance since June 4, popped a high foul ball that both first baseman Hurst and catcher Davis went after. Hurst caught the ball “half way between the dugout and the screen”; however, home plate was unguarded because neither pitcher McGraw nor third baseman Whitney had dashed to cover it. Reacting quickly, McCarthy, coaching third base, sent McMillan racing home to score the winning run standing up.

The heads-up move brought Malone his ninth win and was a thrilling end to a victory that elevated the Cubs into second place (by percentage points) over Pittsburgh.

6 Box scores from Baseball-Reference.com and Retrosheet.org do not credit McMillan with a stolen base; however, game reports, including those from the Chicago Daily Tribune and Philadelphia Inquirer, as well as the Associated Press, do.