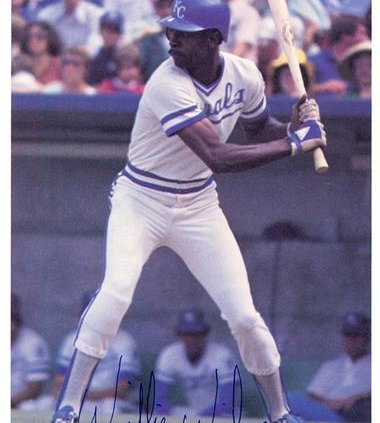 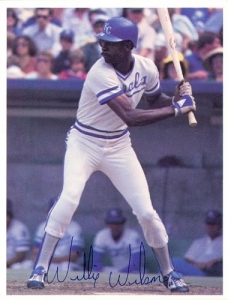 Yogi Berra is credited with saying the baseball truism “It ain’t over till it’s over.”1 Until the final out is made, don’t count out any team. The Garden City (Kansas) Telegram aptly summed up the late-night heroics of the Kansas City Royals after they defeated the Milwaukee Brewers on June 15, 1979: “It was a comeback for all seasons – one nearly as swift as a Willie Wilson dash around the bases, as rare as a save by the gasoline splashers who inhabit the Milwaukee Brewers’ bullpen.”2 Before a County Stadium crowd of 32,812, the Royals erased a nine-run deficit and stormed back in the ninth inning to shock the Brewers, 14-11. Wilson’s inside-the-park home run with two aboard sealed Milwaukee’s fate.

Left-hander Mike Caldwell, the Sporting News American League 1978 Comeback Player of the Year, got the starting nod for the Brewers. With an earned run average of 2.93, Caldwell was seeking his seventh win of the season. Opposite him for the Royals was southpaw Paul Splittorff (8-5, 3.66 ERA). The Royals had lost seven of their previous 10 games, while the Brewers had a mini-win streak of two games going for them. It appeared that the Brewers were on a roll.

Milwaukee jumped on Splittorff in the bottom of the first. Back-to-back singles by Paul Molitor and Cecil Cooper brought Sal Bando to the plate, and he wasted no time in propelling a ball over the fence for a three-run home run, his fifth of the year. The Brewers then started another rally, getting two more runners on base before Splittorff retired the inning’s eighth batter, Dick Davis, on a groundout to third.

The Royals went quietly in the second; in fact, Caldwell cruised through the first three innings, allowing just two singles. In the bottom of the second, the Brewers started again. Molitor singled with one out. After Cooper flied out, Molitor stole second and then stole third. Bando walked and Gorman Thomas stroked a single to right, plating Molitor. In the third, Sixto Lezcano led off with a walk and was still aboard two outs later when Charlie Moore rocketed a home run, his second of the season. With the score 6-0, Royals skipper Whitey Herzog made the call to the bullpen. Eduardo Rodriguez, pitching in his final major-league season (even though he was just 27 years old), came on in relief and, after a single by Molitor, retired Cooper for the third out on a fly ball to center fielder Amos Otis.

The Kansas City bats finally came to life in the fourth. Darrell Porter’s RBI single and a groundout RBI by designated hitter John Wathan brought in two runs. However, in the bottom half, the Brewers treated Rodriguez’s pitching as if it were batting practice. Bando singled. An out later Ben Oglivie walked. Lezcano singled, driving in Bando. Robin Yount walked, loading the bases, and Davis crushed a grand slam. Suddenly, the score was 11-2 in favor of the home team. With the game seemingly out of reach, Herzog kept Rodriguez in the game.

The Royals scratched back a run in the fifth on consecutive singles by Wilson, George Brett, and Otis. In the sixth, Jerry Terrell (who had replaced Porter at third) and Frank White singled, and with two outs, Wilson hit his third home run of the season, his first homer to leave a ballpark in two seasons.3 The score was now 11-6 in favor of Milwaukee.

Rodriguez survived the fifth and sixth innings and gave way to Steve Mingori in the seventh. Mingori faced the minimum in the two innings he pitched. Caldwell did not pitch the seventh. Recently acquired righty Paul Mitchell4 set the Royals down in order in the seventh and eighth innings.

In the final frame, with Kansas City still trailing by five runs, Wilson started things with a single to right. Jamie Quirk, who had entered defensively for Porter in the fifth, copied Wilson with another single to right. Otis smashed the ball, but he hit it right to center fielder Thomas for the first out. Al Cowens singled, loading the bases. George Scott then singled to left, with Wilson and Quirk crossing the plate and Cowens scampering to third. Brewers manager George Bamberger called for Reggie Cleveland to pitch to Terrell.

Herzog countered by sending up Pete LaCock, whose sacrifice fly brought in Cowens. Wathan then hit a seeing-eye single up the middle and into center field. White followed with the sixth single of the inning, driving in Scott from second base. With runners again on first and second, Bill Castro strolled in from the Brewers bullpen to take over. U L Washington greeted Castro with a hard single to left, and Wathan raced home with the game-tying tally. The Royals had batted around and had knotted the score, 11-11. Switch-hitter Wilson, batting left-handed, then sent the ball into the right-field corner and was off to the races. By the time Lezcano came up with the ball and relayed it to second baseman Molitor, who fired it home to catcher Moore, Wilson was sliding across home plate with an inside-the-park three-run homer. Kansas City led 14-11.

Quirk doubled to right but was stranded when Otis lined out to center for the second time in the inning. Marty Pattin came in to close the ninth for the Royals, retiring the three batters he faced, and Kansas City had completed one of the greatest comebacks in franchise history.

The Royals saved nine of their 21 hits for their final at-bat. The Brewers allowed eight runs “against a Kansas City lineup dotted with reserves.”5 Former Brewer Quirk, who had six at-bats all season, and Terrell, who had 11, both played several innings. Quirk went 3-for-3 and Terrell 1-for-2. Scott, recently acquired by Kansas City,6 collected two hits. Herzog used every nonpitcher on his roster, and the reserves (Quirk, Terrell, and Washington) came through with five hits. He explained his rationale after the game: “I took Brett and Porter out because they’ve been playing every day. And Caldwell’s in there and it’s 11-3.”7

Six Kansas City batters had multihit performances, led by Wilson’s 4-for-6 day at the plate. The Royals’ leadoff hitter also scored four runs and knocked in six with his two three-run homers. The comeback left the “stunned fans booing and the principals groping for appropriate words to describe it.”8 The Brewers had banged out 14 hits of their own, led by three home runs (Bando, Moore, and Davis) and Molitor’s 4-for-6 performance in the leadoff spot.

Wilson, the hero for the Royals, commented, “It was a weird game, that’s for sure. I’m just glad it came out our way.”9 He added, “I popped one out – my first hit out of the park in two years. Then we started thinking we had a chance. But it was still 11-6 going into the ninth. It has to be a thrill.”10

Milwaukee manager Bamberger had “exhausted his supply of spicy expletives on the bench while Wilson was streaking around the bases in the ninth.” In the clubhouse, the somewhat composed, “noted nice guy”11 Bamberger told reporters, “There’s no sense in saying anything right now. What can I say? I did enough screaming on the bench. You can’t print what I said. I’ll tell you, you could put (the Royals) out there right now and tell them, ‘Here’s a fastball,’ and throw it right down the middle. They wouldn’t hit it any better.”12

He added, “That is the worst, worst game I ever [have] been associated with in 34 years of baseball. That was worse than getting beat 25-0. And to lose a game like that after you have been winning 11-2, that’s terrible for morale.”13 The press agreed. Thos. A Hawley of the Wisconsin State Journal wrote, “What happened to the Milwaukee Brewers Friday night was either the worst game ever played in franchise history or something close to it.”14

Herzog shared with reporters that he’d “seen about four or five (comebacks) like that. But I was playing with Washington then.”15 He added, “And the funny thing is the three outs we got in the ninth were all hard hit. What kept us alive was that little dribbler over the mound by Wathan.”16

1 According to the BBC (bbc.com/news/magazine-34324865), Berra first uttered the phrase when speaking about the 1973 National League pennant race, as his 82-79 New York Mets rallied to win the divisional title, defeated the heavily favored Cincinnati Reds in the League Championship Series and eventually played in the World Series. Accessed July 5, 2018.

3 Wilson’s first two home runs of the 1979 season were inside-the-park homers, against the Chicago White Sox on May 13 and the New York Yankees on June 9.

4 Mitchell had been traded by the Seattle Mariners to the Brewers on June 7 for Randy Stein.

6 Scott had been traded by the Boston Red Sox to the Royals in exchange for Tom Poquette just two days earlier, on June 13, 1979.