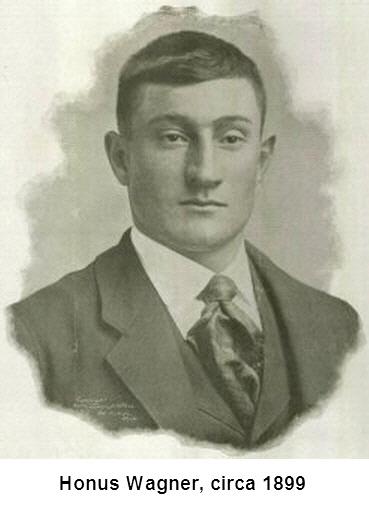 The bankrupt St. Louis Browns were acquired in March 1899 by Frank Robison,1 who already owned the Cleveland Spiders. To maximize his profits and his chance of winning the 1899 pennant, he moved the best players on the Spiders to his new team, which he dubbed the St. Louis Perfectos. The result was a strong St. Louis team and a decimated Cleveland squad. Robison selected Oliver “Patsy” Tebeau as the manager of the Perfectos. Tebeau was a natural choice: He had a fine track record as the Spiders’ manager, and he was a native of St. Louis. Tebeau’s right-hand man was Jack O’Connor, a “brainy” catcher.2 The scrappy pair were teammates on St. Louis sandlots in the early 1880s.3

On May 21, 1899, the Perfectos were in first place in the 12-team National League, with a 21-8 record, but they dropped in the standings as illness sidelined key players. To shore up the faltering squad, Robison transferred two more Spiders to St. Louis in early June – third baseman Lave Cross and pitcher Willie Sudhoff.4 (It did not matter to Robison that Cross was the Spiders’ manager.) The Perfectos were in third place on June 15, with a 29-20 record, after winning the first two games of a four-game series in Louisville. In the third game, on June 16, the St. Louis lineup was again stacked with former Spiders, including Cross at third base, slick-fielding Bobby Wallace at shortstop, Clarence “Cupid” Childs at second base, and Ed McKean at first. Harry Blake celebrated his 25th birthday in left field, and Jake Stenzel, a holdover from the Browns, patrolled center field. Emmet Heidrick, a 22-year-old right fielder, was hitting over .300 and was called “the find of the year.”5 The team’s best hitter, outfielder Jesse Burkett, was unavailable due to illness. On the mound was the great Cy Young, with O’Connor as his battery mate. Young had notched his 250th career victory on June 2.6

Before the game of June 16, the Louisville Colonels had lost six games in a row and had a 14-35 record. Only the depleted Spiders had a worse record. The Colonels were in disharmony, and team owner Barney Dreyfuss was “thoroughly disgusted” with the situation.7 On June 16 the Louisville lineup featured a first-rate outfield: 26-year-old Fred Clarke in left field; Dummy Hoy, a 37-year-old deaf mute, in center field; and 23-year-old Charlie Dexter in right field. In 1898 the trio batted over .300 and combined for 121 stolen bases. Clarke, the Colonels’ manager, was beloved by Louisville fans.8

The Colonels’ third baseman was Honus Wagner, a rising star in his third major-league season. The stocky German was the epitome of a “five-tool” player: He hit for average and power, excelled in the field with a rifle arm, and was fast on the base paths. Claude Ritchey, another third-year player, handled second base. At first base was rookie Dave Wills, a University of Virginia star signed by Dreyfuss to infuse some life into the team; the Colonels greeted the collegian with resentment.9 Billy Clingman, the regular shortstop, was ill,10 so the team pressed into service Rudy Hulswitt, an amateur shortstop from the Louisville sandlots. Malachi Kittridge was an experienced catcher and the team comedian; he had his mates in stitches one day when he ordered “decoy duck” at a restaurant.11 Bert Cunningham, the Colonels’ pitcher, was “the talk of the League”12 as he compiled a 28-15 record in 1898, but he was off to a miserable 0-12 start in 1899.

The Colonels were saddened by the loss of May Hillerich, who died of typhoid fever on Christmas Day 1898. The popular young woman never missed a Louisville home game during the 1898 season. She was the daughter of J.F. Hillerich, the prominent baseball-bat manufacturer.13

Only 300 people attended the June 16 game at Louisville’s Eclipse Park.14 One of the attendees was Missouri Governor Lon Vest Stephens, who rooted, of course, for the Perfectos. After three innings, St. Louis led 5-3, with the help of four errors by young Hulswitt, who was stricken with “stage fright.”15 Clarke replaced him with Walt Woods, a pitcher who could also play the infield. The Perfectos had no trouble hitting Cunningham’s pitches as they scored seven more runs over the next six innings. Cy Young’s throwing error helped the Colonels in the sixth inning when they tallied three runs.

St. Louis led 12-6 as Louisville came to bat in the bottom of the ninth inning. By this time, half of the spectators had left the ballpark, including Governor Stephens, who boasted as he departed that “St. Louis had the greatest ball team on earth.”16 After Hoy and Clarke flied out to Blake in left field, the Colonels were down to their last out against Cy Young. What followed was extraordinary:

Dexter ended the rally with a sharp grounder to Cross, who handled it cleanly and threw to Childs for a force out at second base. Clarke slid hard into Childs and sent him flying. Childs rose to his feet and swung his fists at Clarke, and umpire Jim McDonald intervened to stop the fight. At the same time, Tebeau punched an unruly spectator, and police intervened.18

Mike Powers replaced Kittridge as the Colonels’ catcher in the top of the 10th inning.19 Heidrick reached first base on Woods’ error. With two outs, Wallace lined a single to center field, with Heidrick advancing to third base. When Hoy threw to Wagner at third base, Wallace took off for second base, but Wagner rifled the ball to Ritchey, who tagged Wallace for the third out.

Wagner led off the bottom of the 10th with a single past Wallace; it was Wagner’s fifth hit of the game. He then stole second base. Ritchey made three unsuccessful attempts at a sacrifice bunt and struck out. Woods flied out to Blake for the second out. Wagner headed to third base as Cy Young delivered to Wills, who grounded the ball to Childs at second base. It was an easy play for Childs, but he fumbled it. Wagner aggressively rounded third and sprinted home. Childs’ throw to the plate was too late. The final score was Louisville 13, St. Louis 12. Tebeau was boiling. “Out of sheer despair and anger,” O’Connor threw the ball out of the ballpark and it struck a distillery across the street.20

The Colonels’ victory was a turning point in their season. After their 14-35 start, they went 61-42. However, it was the end of major-league baseball in Louisville. The Colonels were dropped from the National League after the 1899 season, and the Pittsburgh Pirates acquired their best players. The Cleveland Spiders, Baltimore Orioles, and Washington Senators were also dropped as the league shrank from 12 teams to 8. The Perfectos lived on as the St. Louis Cardinals.

4 Louisville Courier-Journal, June 6, 1899. Cross and Sudhoff were members of the 1898 St. Louis Browns and were assigned by Robison to the Cleveland Spiders at the beginning of the 1899 season.

19 Ibid. The box score does not show Hartsel and Powers, but the Louisville Courier-Journal indicates their role in the game.