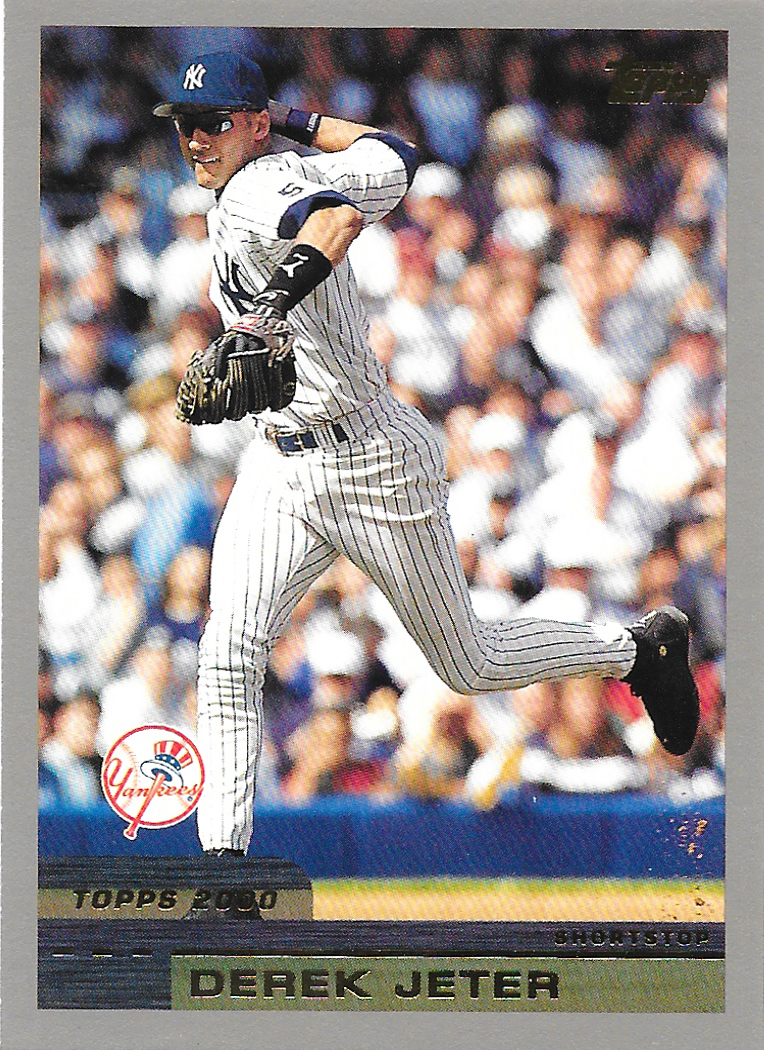 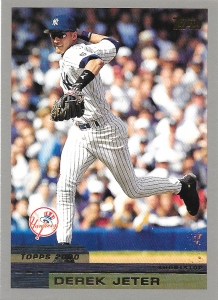 The 2000 Yankees featured Jorge Posada behind the plate, Tino Martinez at first, Chuck Knoblauch at second, Derek Jeter at short, and Scott Brosius at third, with Bernie Williams in center and Paul O’Neill in right. The starting rotation included Andy Pettitte, David Cone, Orlando “El Duque” Hernandez, and Roger Clemens, in his second season with New York. The bullpen was led by future Hall of Famer Mariano Rivera.

In the summer of 2000, the Boston Red Sox were doing their best to keep the Yankees from capturing their third straight American League pennant.1 On the evening of June 19, as the two teams prepared for the opening game of a four-game series in Boston, the 34-29 Yankees were in second place, trailing the Red Sox by a half-game. The Yankees and Red Sox had split a two-game series on June 13 and 14 at Yankee Stadium with the Yankees leading Boston by one game when that series ended. The Yankees then lost four straight at home to the Chicago White Sox, losing the final game 17-4 while being outscored 42-17 in the series.

First place was on the line as Ramiro Mendoza started for New York against Boston’s Brian Rose. Mendoza, in his fifth season with New York, was a reliable spot starter.2 He was making his first start since May 30, after recovering from a stiff pitching shoulder. Rose, in his fourth season with Boston, was a regular member of the rotation.3 Both pitchers were sharp in the early going and the game was scoreless through three innings.

For the more than 33,000 in attendance at Fenway Park that evening, there did not appear to be anything extraordinary about the game as the Yankees scored in the fourth, fifth, and sixth and led 6-1 after seven innings. Mendoza’s night was finished after he pitched seven strong innings. Rose lasted through five innings, giving up five runs. Things then got crazy in the eighth and ninth.

Rob Stanifer came on in the eighth as Boston’s third pitcher of the night. Stanifer had pitched in 74 games for the Florida Marlins in 1997 and 1998 before spending 1999 in the minors. Now he was back in the majors with the Red Sox, making his eighth appearance of the season. Stanifer was not off to a good start, with a 7.30 ERA, and had been back and forth to the minors before being called up from Pawtucket earlier in the day. As he took the mound for the fateful eighth inning, he did not know that this was the last time he would appear in a major-league game.4

When Stanifer left the game with two out and a man on first, nine runs had come across in the inning and a once close game was now a 15-1 blowout. Of the nine runs Stanifer allowed, only one was earned, after an error by shortstop Nomar Garciaparra with nobody out and a man on first opened the floodgates. It was one of two errors by Boston in the inning; in addition, first baseman Jose Offerman misplayed a ball on what would have been a double play. “You’re out there battling,” said Stanifer after the game. “But things kept snowballing. You’re saying, ‘Gosh, hit one at somebody.’”5 Shane Spencer of the Yankees did just that but the “somebody” was a fan in the stands as Spencer’s three-run home run closed out the eighth-inning scoring, with Stanifer exiting the game one batter later.

Tim Wakefield relieved Stanifer in the eighth and got the final out of the eighth inning. The ninth, however, was not kind to Wakefield. The veteran knuckleballer was in his eighth season in the majors, and his sixth with the Red Sox, part of a 19-year career with the last 17 of those seasons spent with Boston until he retired at the age of 45. In his long career, there were few performances, if any, as bad as the one he had on the night of June 19.6 Fighting his control, Wakefield walked three batters, gave up four hits including two home runs, and closed out the inning after allowing seven runs, as the Yankees increased their winning margin to 22-1. Wakefield, not happy about being used in mop-up duty, said after the game, “I’ve got nothing to say. ”7 Red Sox pitcher Jeff Fassero sympathized with Wakefield: “Wake’s been struggling with this role. He doesn’t like it much, and I know this isn’t going to sit well with him. He’s not a very happy camper right now. I can’t blame him.”8

As of May 15, 2019, the 21-run advantage marked the largest margin of victory by either team over the other in the 118-year history of the Yankees-Red Sox rivalry, spanning 2,257 games.9 The Yankees scored their 21 runs on a relatively meager 19 hits, while drawing seven walks and striking out only four times. No Yankees batter had more than three hits in the game. The Yankees did hit five home runs, with the biggest blow being the three-run blast by Spencer.10

Jeter led the way for the Yankees as he went 2-for-6 with a double, a home run, three runs scored, and two RBIs. Spencer added a double and triple to go with his home run, falling a single short of the cycle. Scott Brosius was 3-for-5, including a three-run home run in the ninth. In addition to the homers by Jeter, Spencer and Brosius, Jorge Posada, and Félix José also homered. The 35-year-old José had entered the game as a pinch-runner for O’Neill and then went to right field. His ninth-inning home run came in his only at-bat in the game, was his first major-league home run since 1994 and was the only home run he hit as a Yankee.11

The lopsided loss at home did not sit well with the Red Sox. Boston catcher Jason Varitek said, “It was embarrassing. It doesn’t matter if it’s the hometown Little League it’s embarrassing for every one of us.”12 Red Sox manager Jimy Williams said that “there’s not a whole lot to say. This game’s behind us. We’ve got to move on. That’s it.”13

Yankees skipper Torre did not want to rub it in, stating “You just can’t figure this game, you never want to beat somebody up like that, but you can’t control it.”14 Torre did his best to keep the game under control, as he moved backup Clay Bellinger15 to three different positions in three innings, inserted the rarely used Jose and Wilson Delgado into the lineup, and replaced Posada with backup catcher Chris Turner. Jeter observed how the Yankees had been routed by the White Sox the day before, 17-4, remarking that “anything’s possible in this game. That’s what I was saying yesterday. ‘Anything’s possible.’ You play 162 games for a reason. You can get killed one day and come back and kill a team the next day.”16 Writing in the Boston Globe, Michael Madden saw it this way: “What’s needed now, it seems are baseball psychiatrists. Give up 17 runs one day, score 22 the next. Manic depression might be the diagnosis for New York’s baseball team.”17

Things were back to “normal” the next night: The two teams combined for only three runs as the Yankees and Andy Pettitte beat Boston and Pedro Martinez, 3-0. The Yankees lost the final two games of the series, ending the series as they started, in second place a half-game behind Boston. In the end, the Yankees finished the season at 87-74 and won the AL East by 2½ games over the Red Sox. New York went on to beat Oakland in the Division Series and Seattle in the League Championship Series before beating the Mets in five games to win the World Series for the third year in a row and fourth time in five years.

3 Rose was traded a month later to Colorado and played two more seasons in the majors. Over his five seasons, he had a record of 15-23 and a 5.86 ERA.

4 Stanifer was returned to the minors immediately after the game. He was philosophical, stating, “Every day you get in the big leagues is a bonus, whether it’s one day or 100 days in a row. You just go down and pitch again and, hopefully, next time we need somebody else, you get called back up.” Michael Vega, “A Real Downer for Stanifer,” Boston Globe, June 20, 2000.

9 The 22 runs were the most scored by the Yankees since their 22-1 win over the Senators on August 12, 1953. For the Red Sox, it was the second worst loss in their history.

10 Spencer became a folk hero in New York when, coming up as a rookie late in the 1998 season, he hit 10 home runs in 67 at-bats. Spencer played four more seasons with the Yankees but never matched those heroics. His home run in this game was his ninth and last of the season.

11 José played eight seasons in the majors with Oakland, St. Louis, and Kansas City before playing in Mexico and Korea during the 1997 and 1999 seasons. He returned to the majors in 2000 with the Yankees, playing in 20 games with 29 at-bats. In 2001 he played once again in Korea before playing briefly with Arizona in the 2002 and 2003 seasons.

15 Bellinger played in 181 games over three seasons with the Yankees and had a lifetime batting average of .193. He is most famous for being the father of Cody Bellinger who, playing for the Los Angeles Dodgers, was unanimously named the National League Rookie of the Year in 2017.