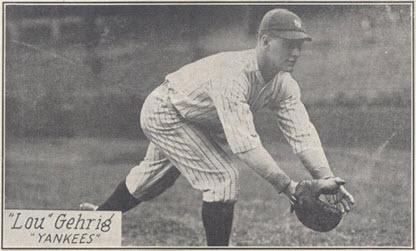 In a ceremony at the White House in May 1925, President Calvin Coolidge bestowed a gold watch upon Stanley “Bucky” Harris, the wunderkind second baseman and manager of the Washington Senators.1 In Harris’s first year as manager of the team, the Senators dethroned the three-time defending American League champion New York Yankees and then triumphed over the New York Giants in the 1924 World Series.

Meanwhile, the baseball world asked, “What happened to the Yankees?” After winning the 1923 World Series and finishing two games behind the Senators in 1924, the Yankees were in seventh place at the end of May 1925. Sure, they missed Babe Ruth, who was sidelined in April and May by influenza,2 but that did not account for the team’s dismal performance.

The Senators were in second place when they came to New York for a four-game series, June 1-4, 1925. In the first game of the series, with Ruth back in the Yankee lineup, the Senators prevailed, 5-3, with excellent pitching from Walter Johnson. It was the Yankees’ fifth consecutive loss. The struggling team was now only a half-game ahead of the last-place Boston Red Sox.

Yankees manager Miller Huggins shook up his lineup for the second game of the series, on Tuesday, June 2. Rookie catcher Benny Bengough started in place of Wally Schang, who was in a 9-for-44 (.205) slump; Howie Shanks took over at second base in lieu of Aaron Ward, who was in an 8-for-56 (.143) slump; and rookie Lou Gehrig was sent to first base instead of Wally Pipp, who was in a 13-for-79 (.165) slump. Gehrig smacked 37 home runs for Hartford in 1924, and was the heir apparent at first base for the Yankees. At spring training in 1925, the New York pitchers agreed that the youngster “hits the ball as hard as Babe Ruth.”3

This was not the first significant lineup change by Huggins in 1925. On May 6 he had benched shortstop Everett Scott and replaced him with rookie Pee-Wee Wanninger. This ended Scott’s remarkable streak of 1,307 consecutive games played. Sportswriter Henry L. Farrell said Scott’s record “is one that may never be equalled or even approached.”4

The Yankees’ starting pitcher on June 2 was Urban Shocker, a right-handed spitballer. Earle Combs, the Yankees center fielder, was batting .369 through June 1, and left fielder Bob Meusel led the American League with 12 home runs. Southpaw George Mogridge took the mound for the Senators. His batterymate was Muddy Ruel, the best catcher in baseball, according to Connie Mack.5 Center fielder Sam Rice and left fielder Goose Goslin were hitting .366 and .355, respectively.

The Senators scored first when Ossie Bluege singled to left field in the top of the second inning, and Roger Peckinpaugh drove him home with a double to right. The Yankees had no trouble with Mogridge’s offerings in the bottom half. Singles by Gehrig, Shanks, Bengough, Shocker, and Joe Dugan gave the Yankees a 3-1 lead.

In the top of the third, Bucky Harris singled to left field, and Joe Judge slugged a home run to tie the score. In the bottom of the inning, Allen Russell, a right-handed spitballer, replaced Mogridge and promptly struck out Ruth. Meusel then clubbed a solo homer into the right-center-field bleachers to give the Yankees a 4-3 lead. The next batter, Gehrig, doubled to center field but did not score.

In the fourth inning, Peckinpaugh drilled a pitch from Shocker into the right-center-field gap. Ruth in right field let the fleet Combs in center retrieve it. It was an easy triple for Peckinpaugh, but he tried to stretch it to a home run. Combs fired the ball in to Shanks, who relayed it to Bengough, and the young catcher tagged out Peckinpaugh on a close play at the plate.6

The Senators threatened again in the fifth inning. Ruel led off with a single to left field and moved to second base on Russell’s sacrifice bunt. Rice singled to center field, scoring Ruel, and advanced to third base on Bucky Harris’s single. Huggins replaced Shocker with relief pitcher Alex Ferguson, who “showed unexpected prowess by fanning Judge and Goslin” to end the threat.7 Gehrig singled in the bottom of the inning but was picked off first by Russell. In the top of the sixth, Peckinpaugh’s single knocked in a run, and the Senators led, 5-4.

There was no further scoring until the bottom of the eighth, when the Yankees scored four runs on a single by Bobby Veach, a walk to Combs, a double by Ruth to the right-center-field gap, and Meusel’s inside-the-park home run, “a thunderous clout”8 that traveled “almost to the flag pole in left center.”9 It was Meusel’s second homer of the game.

In the top of the ninth the Senators got singles from Ruel and Rice but left them stranded. The final score was New York 8, Washington 5. Ferguson was the winning pitcher, and Russell took the loss. Rookies Gehrig and Bengough talled three hits apiece. Huggins said:

“I was well pleased, of course, the way the youngsters hustled in there and hit like regulars – even better than the regulars have been going lately – but I can’t say yet that the change is a permanent one. I think it’ll pep up the team and probably get us off to a right start. After a rest the regulars may get back and we’ll step right out of the slump.”10

The change at first base was permanent. Gehrig was a fixture in the Yankee lineup for the next 14 years. In 1933 he broke Everett Scott’s record for consecutive games played. Gehrig’s streak continued until 1939, when it finally ended after 2,130 games.11 Cal Ripken Jr. broke Gehrig’s record in 1995.

11 The game of June 2, 1925, was the second of Gehrig’s 2,130 consecutive games played. The first game of the streak came the day before, June 1, when he pinch-hit for Pee-Wee Wanninger.