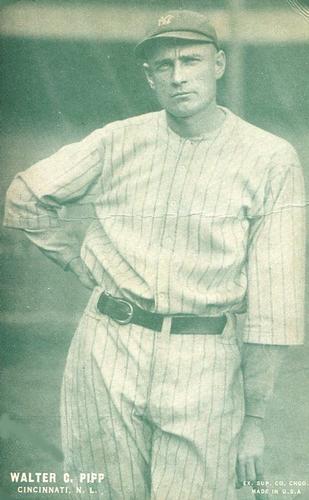 It began just after 3:00 in the afternoon when Cincinnati’s ace, Eppa Rixey, served one up to Cubs second baseman Sparky Adams. Sixteen innings later it ended after Charley Dressen scored on a single by Wally Pipp. Between those two pitches, the Cincinnati Reds and the Chicago Cubs battled through the longest and one of the most exciting games of the 1926 season. Twice the Cubs scratched out a lead but both times the Reds battled back. Finally, after 3 hours and 12 minutes with evening shadows beginning to stretch across Redland Field, the Reds scored the final run of the afternoon.

Monday, June 21, the longest day of the year 1926, was a hot summer day in Cincinnati. The afternoon before, the Reds and Cubs had split a doubleheader. The games marked Cincinnati’s return from a long road trip to the league’s five easternmost cities. Having lost nine of the 15 games, the Reds found it a frustrating journey. They had left Cincinnati atop the National League by 3½ games. When they returned, despite the losses, the team was still in first place by a single game over the Pirates.

In 1926 most picked Pittsburgh, the previous year’s World Series winner, to again dominate the league. The Reds, the Cardinals, and possibly the Giants were considered worthy challengers but clearly the Pirates were the favorites. Surprisingly, through much of the first two months of the season, Cincinnati held the top spot. However, by the time the Reds returned from their trip east, the favorites had begun to press the unexpected front-runner. For the Reds, the five-game set with the Cubs was crucial, especially since they would next play five games with the Pirates, two in Pittsburgh followed by three in Cincinnati.

Through the first two innings Reds pitcher Rixey retired the Cubs in order. Then, with one out in the third, Cubs catcher Gabby Hartnett smacked a triple to right field and scored when Pipp muffed the relay. An inning later, the Cubs added a second run. Shortstop Jimmy Cooney opened the inning with a  single and was sacrificed to second by Pete Scott. Center fielder Hack Wilson followed with a solid single that scored Cooney. Meanwhile Rixey’s Chicago counterpart, George Milstead, breezed through the first seven innings without giving up a run.

The Reds finally got to Milstead in the bottom of the eighth. Curt Walker, the Reds right fielder, drove a pitch to deep to right field for a triple. Charley Dressen followed with a single to get Cincinnati on the board and assure that the Reds would not suffer their first shutout of the season. When the Cubs came to bat in the top of the ninth, they wasted little time getting the run back. Cooney led off with his second hit of the day. Two outs later, left fielder Riggs Stephenson lined a Rixey pitch to right. The ball took an ugly hop over Walker’s head, enabling Cooney to score as Stephenson hustled around to third.

By the time the Reds came to the plate in the ninth, they had fallen into second place by a few percentage points, thanks to a Pittsburgh victory in St. Louis. Down to their final three outs, the Reds “came in for their last inning full of pepper and energy.”1 Second baseman Hughie Critz led off with a triple to left-center. One out later he scored when Bubbles Hargrave, the Reds’ catcher, hammered a sharp single up the middle. Center fielder Hack Wilson, never known for his defense, let the ball get past him, allowing Hargrave to chug into second. With the tying run in scoring position, both managers made strategic moves. Jack Hendricks sent Cuckoo Christensen in to run for the slow-footed Hargrave. Christensen immediately moved up to third when, as reported in both the Cincinnati Enquirer and the Chicago Tribune, Milstead unleashed a wild pitch.2 Having seen enough, rookie  Cubs manager Joe McCarthy lifted a weary Milstead in favor of Bill Piercy. Hendricks countered, sending in Red Lucas to hit for Rixey. The move paid off. Lucas lifted a fly to left that scored Christensen and tied the game.

With Carl Mays now on the mound for Cincinnati and Piercy for Chicago, neither team was able to mount a threat in the 10th or 11th. That changed in the 12th. Mays, who had pitched a full nine innings and won the previous day, began to run out of gas. He opened the inning by walking the first batter he faced, Wilson, and after a sacrifice bunt that got Wilson to second, the Cubs’ third baseman, Howard Feigau, laced a shot that third baseman Dressen couldn’t handle, putting runners on first and third.

To the plate came Chick Tolson, the Cubs’ first baseman. Tolson drilled a ball past first baseman Pipp that home-plate umpire Hank O’Day ruled was just inside fair territory. Both runners scored and Tolson ended up at second. Instantly, Vic Picinich — who had replaced Hargrave behind the plate — barked that O’Day had missed the call. According to Picinich, as well as the Reds dugout, Tolson’s shot fell anywhere from six inches to a foot foul. O’Day was not an umpire to challenge. He had been working behind the plate in the National League since 1897 and had a well-established reputation as an umpire with a short fuse. Christy Mathewson once said, “It is as dangerous to argue with him as it is to try to ascertain how much gasoline is in the tank of an automobile by sticking down the lighted end of a cigar.”3 Picinich got a quick demonstration of O’Day’s irascibility and was ejected.

Meanwhile, on the mound Carl Mays continued to grumble about O’Day. The previous day’s two games were the first O’Day had umpired since returning from a two-month illness. Mays moaned that “O’Day was tired out and was constantly trying to get the teams to hurry the game along.”4 First-base umpire Cy Pfirman took issue with the complaints and one hitter after Picinich was gone, so was Mays. Art Nehf, the third Cincinnati pitcher, came in to finish the inning.

Once again down by two runs, the Reds battled back in the bottom of the 12th. Dressen reached base on a one-out single. Left fielder Rube Bressler followed with a walk. A passed ball moved both runners up. Pipp scored Dressen on a groundout and Critz smacked a clean single to plate Bressler. The game was once again tied.

In the 13th Nehf ran into trouble when, with two outs, he muffed a throw to Pipp at first and then gave up a single. The Reds pitcher had been acquired from the Giants five weeks earlier with hopes that he might help fortify the relief staff. That had not happened. In his two previous appearances he had given up four runs in just 2⅓ innings. With runners in scoring position, manager Hendricks wasted little time replacing Nehf with one of the club’s top hurlers, Pete Donohue, who was able to end the threat.

Tragedy almost struck the Reds in the 14th. Piercy started the inning by hitting Bressler but then picked him off first. The next hitter, Pipp, singled. That brought the pesky Hughie Critz to the plate. Pitching Critz tight, Piercy plunked the Reds second baseman on back of the head. Critz dropped motionless to the ground. Surrounded by players from both teams, Critz lay on the ground while the team doctor examined him. Meanwhile, watching from the dugout, Carl Mays may have had flashbacks to the day in 1920 when he beaned Indians shortstop Ray Chapman. Chapman died several days later while Mays’s reputation was scarred forever. Fortunately, Critz, though clearly dazed, was able to get up to his feet and walk back into the dugout. However, he would not be in the Reds lineup again for four days.

Through the 15th inning the two teams battled on. By the time the Reds came to the plate in the bottom of the 16th, early evening shadows had descended upon Redland Field. Cincinnati wasted little time in its half of the inning. Struggling with his control, Piercy walked Dressen to open the inning. Bressler then laid down a perfect bunt single to get Dressen to second. With no one out, Wally Pipp came to the plate with a chance to end the marathon game. Pipp had come to the Reds during the previous winter after losing his job as the Yankees’ regular first baseman to young Lou Gehrig. Anxious to please his new fans, Pipp “lined a single past Piercy’s ear” to score Dressen with the winning run.5

“Thus ended the longest and most exciting combat of the year, with the Reds still in first place, and everybody hungry enough to have devoured pemmican or walrus meat.”6

2 Jack Ryder; James Crusinberry, “Cubs Fall Before Reds in 16 Innings,” Chicago Tribune, June 22, 1926: 9. While both newspapers reported a wild pitch, neither paper in its box scores listed a wild pitch for Milstead. Neither does Baseball Reference.com or Retrosheet.org.